cordially invite you to attend a Zoom panel with

Please RSVP here. The link will be sent to participants once their registration has been processed.

Vally Koubi is a Professor at the Center for Comparative and International Studies (CIS) at ETH Zurich and the Department of Economics at the University of Bern, Switzerland. She studies the social consequences of climate change, in particular migration and conflict mainly in the developing world. Her research combines perspectives from different social science disciplines, employs a wide range of research methods, and has been published in journals such Climatic Change, International Organizations, Journal of Peace Research, and Nature Climate Change.

Semion Polinov is a Ph.D. Candidate at the Dr. Moses Strauss Department of Marine Geosciences at the University of Haifa. His Ph.D. work deals with “Historical changes in human activities in the Mediterranean Sea and their drivers”. He is also a Research Associate at the Maritime Policy & Strategy Research Center (HMS) where he works on the Geostrategic effects of climate change on Israel. He also teaches “Practical GIS for Marine Geoscience” at the University of Haida. Semion's field of interest in GIS, Remote Sensing, and environmental analysis of Big Data. He holds an M.A from the Department of Geography and Environmental Studies at the University of Haifa.

Louise van Schaik is Head of Unit EU & Global Affairs. She also coordinates Clingendael research in the field of climate change and sustainable development. In her research she has extensively analysed the EU’s performance in multilateral bodies, including in the fields of climate change, health and food standards. Louise has published various policy reports, books, academic articles and commentaries. She has a Master's degree in Public Administration from Leiden University (2003) and a PhD in Political Science from the KU Leuven (2010). Prior to joining Clingendael in 2006, she was a Research Fellow at CEPS, the Brussels-based think tank, for four years.

Will Todman is a fellow in the Middle East Program at the Center for Strategic and International Studies (CSIS). His research focuses on humanitarian issues, displacement, and conflict in the Middle East with an emphasis on the Levant. He has conducted field research in seven countries across the Middle East and North Africa, and his analysis has been published in peer-reviewed journals, by think tanks, and humanitarian organizations. Will holds a B.A. in Arabic and modern Hebrew from Oxford University and an M.A. in Arab studies from Georgetown University.

Moderator – Oli Brown has been working at the nexus of security, natural resources and climate change for nearly two decades, with a particular interest in peacebuilding, conflict mediation, natural resource management, environmental politics and trade policy. He is an Associate Fellow with Chatham House (the Royal Institute of International Affairs) and the Geneva Centre for Security Policy. Based in the French, Alps he is also a Senior Adviser with TrustWorks Global, a Geneva-based mediation organisation. Before Oli coordinated UNEP's Disasters and Conflicts Programme, based in Nairobi. 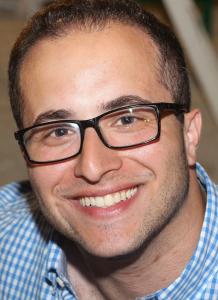