In the last decade, Europe has developed and launched a strategy towards reaching its goal of establishing a vibrant knowledge-based economy and society. This policy has led to a surge in investment in higher education systems both in terms of infrastructure and research and development.
May 29, 2014 Ordering Information 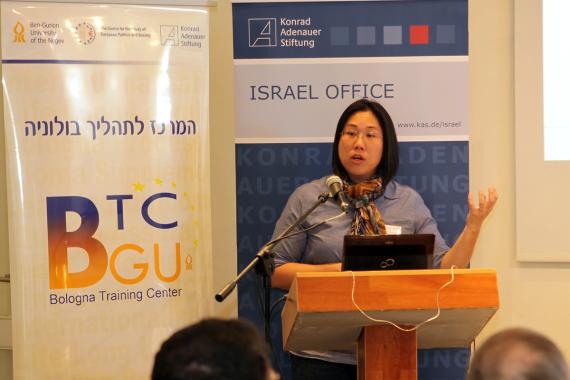 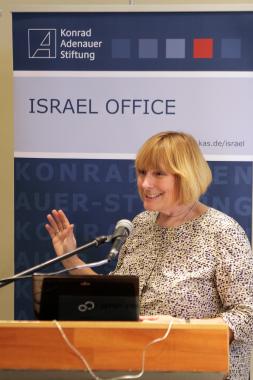 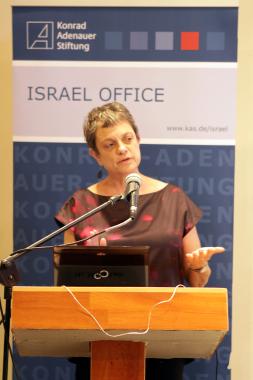 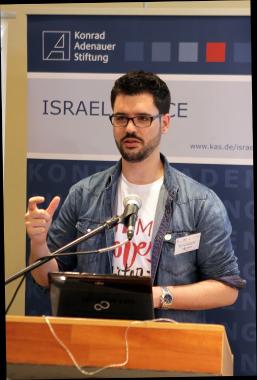 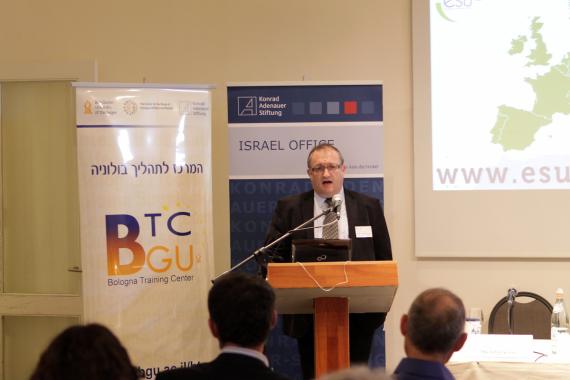 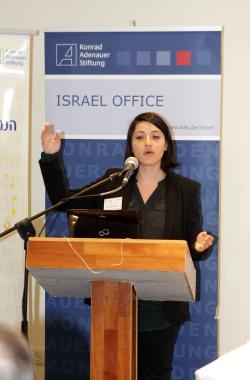 The goal of this conference was to examine the European model and its various characteristics in order to shed light on this global process and explore the implications for the Israeli higher education system. The conference presentations offered a holistic analysis of the developments involved in the increasing shift towards knowledge-based systems from a European perspective as well as an Israeli one.

Mr. Michael Mertes, Director of the Konrad-Adenauer-Stiftung’s Israel Office, welcomed guest speakers and greeted participants. In his introductory words, Mr. Mertes discussed the importance of cooperation between Israel and Europe and noted the potential for cooperation and mutual benefit in the field of higher education in particular. Following Mr. Mertes, Prof. David Newman, Dean of the Faculty of Social Sciences and Humanities at Ben-Gurion University of the Negev, offered his greetings to the conference participants. Prof. Newman also referred to the significance of academic and scientific ties between Europe and Israel and noted the important work done by the Centre for the Study of European Politics and Society and the Bologna Training Center in this regard.

Mr. Moshe Amir, BTC Director, began the conference by “setting the stage” for the lectures to follow. Mr. Amir provided the backdrop for the conference’s objective: to understand where Israel fits in the context of a knowledge-society and to explore how the European context can serve as an example.

During the first session, the European context was presented. Dr. Hsuan-Meng Chou, Nanyang Technology University, started the session with a lecture discussing the history, visions and impacts of the “Europe of Knowledge” strategy. Dr. Chou outlined the main visions behind the concept of Europe of Knowledge including, among others, the desire for economic competiveness in general and enhancement of the competiveness of Europe’s higher education system in particular. Dr. Chou also related to the role of the Bologna Process in the Europe of Knowledge strategy, revealing how the launching of the Bologna Process led to a more coordinated process of higher education policy making. Dr. Chou concluded by noting the importance in future research of understanding how respective regional initiatives in higher education emerge rather than focusing on the impacts of globalization and internationalization on higher education.

Prof. Anne Boddington, Dean of the Faculty of Arts at the University of Brighton, discussed the importance of the societal impact of research. Prof. Boddington presented the UK case, where research funding is increasingly relating to the impacts of specific projects on society at large. The UK example provides insight into important questions surrounding the link between research and society. The new “Impact” agenda in the UK, while initially not met without skepticism, has led to new opportunities to build research expertise across various fields which address social, political and economic issues and has caused universities to re-evaluate the nature of their partnership with societal actors.

Mr. Fernando Galan Palomares, Vice-Chair of the European Students’ Union (ESU), presented the Europe of Knowledge strategy from the student perspective, shedding light on the role of students in this endeavor. Mr. Galan Palomares described the main components of the ESU’s vast action within the European Higher Education Area and its Europe of Knowledge strategy which include representation and advocacy, research and concept development and capacity building. Mr. Galan Palomares explained that in the students’ view, while the link with the labour market and economic competitiveness are important, the significance of developing active and democratic citizenship should not be disregarded.

The second session of the day focused on the implications of the Europe of Knowledge strategy for Israel and shed light on the Israeli perspective surrounding the notion of knowledge society. Prof. Yuli Tamir, President of Shenkar College of Arts and Design discussed the intricacies involved in international cooperation efforts, focusing in particular on the European sphere. Prof. Tamir related to the fruitful scientific collaboration between Israel and Europe which has been developing over the years and noted the importance of strengthening these ties. Prof. Tamir discussed the fact that the higher education systems in Israel and Europe face similar issues, and therefore should collaborate further to provide a wider perspective on potential solutions. Prof. Tamir also related to the importance of Israel’s cooperation with higher education systems outside of Europe, and noted that in many ways Israel has the opportunity to act as a bridge between Europe and the rest of the world in academic collaborations.

Prof. David Newman’s presentation discussed the implications of the development of a knowledge based society on the field of social sciences and humanities. Prof. Newman discussed the fact that major considerations in the sphere of higher education are increasingly based on economic motivations. Consequently, in the context of economic competitiveness, the humanities are seemingly losing value. Prof. Newman pointed to the fact that the “crisis of humanities” is not exclusive to the Israeli context and is in fact a global problem. Prof. Newman argued that in order for humanities and social sciences to reconsolidate their value, a dual strategy – including both bottom up and top down approaches – is required. On the one hand, scholars should play an important role and on the other hand, governments should state their re-commitment to the field and to the promotion of critical thinking within society.

Finally, Ms. Inbal Avnon of the National Union of Israeli Students (NUIS) described the Israeli student perspective on the knowledge society concept. Ms. Avnon pointed to three primary issues on the NUIS agenda: transparency, accessibility and wider inclusion in higher education governance. Ms. Avnon argued that the Israeli higher education system and its institutions are lacking in transparency and it is therefore difficult to talk about a knowledge society, when much of the budget management issues take place “behind the scene”. With regards to the accessibility issue, NUIS views the University as comprising an open area which should be accessible for the community surrounding it. Finally, Ms. Avnon described NUIS’s desire to see a more inclusive governance structure which would comprise students in decision making processes. Ms. Avnon noted that students can contribute significantly to higher education discussions and reforms and stressed the importance of including the student perspective.

Following the presentations, a roundtable discussion took place with the conference guest speakers and with significant contributions of the participants. This session dealt in particular with the implications of a knowledge-society for Israel and raised a number of important questions including: How does Israel move towards establishing a knowledge-based society? Who will lead this endeavor? The speakers discussed the great potential for Israel’s higher education system considering its vibrant academic culture. They also related however to the current lack of vision and leadership necessary to make the appropriate changes.

The conference was attended by a wide range of representatives including Israeli higher education faculty, students and management, representatives from Israeli governmental ministries as well as representatives from a number of European embassies. A significant contribution of this year’s conference in particular was the representation of the student organizations both from Europe and Israel. Having the input of both the European and Israeli student union was crucial to gaining an inclusive understanding of the current issues facing higher education systems today and in defining what is the role of student’s in this sphere.

Approaching Europe: Israel and the Knowledge Based Society