Are the twain drifting apart?

A European-Jewish perspective on Israel today

Is there a growing alienation between European and Israeli Jews? Does Israel’s economic future lie in Asia rather than in Europe? How does the immigration of Muslims to Europe influence its policy towards the Middle East? These questions were, among others, subject of a lively debate that was triggered by two highly stimulating lectures by Dr. Diana Pinto and Professor Dominique Moïsi.
June 27, 2012 Ordering Information 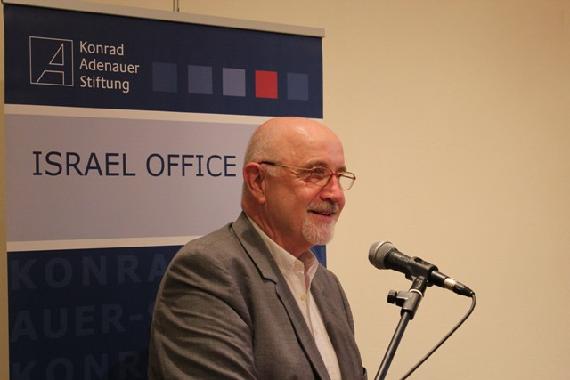 KAS Israel; Nadine Mensel
Michael Mertes, Country Representative of KAS Israel, in his welcome speech and introduction to the evening 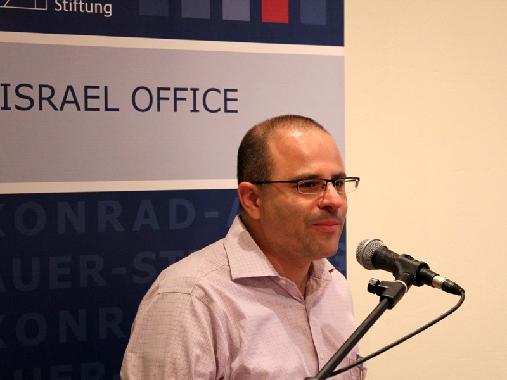 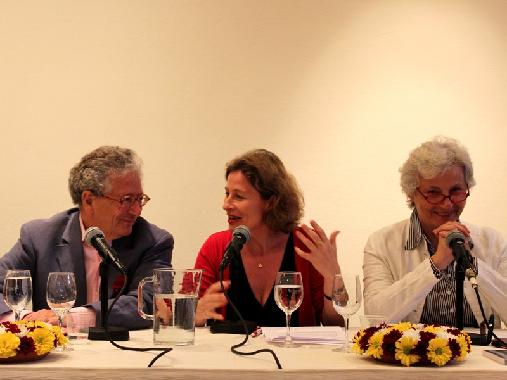 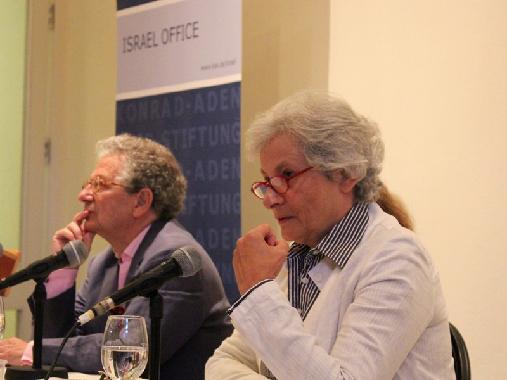 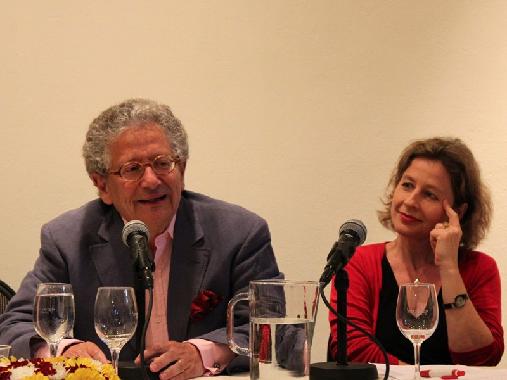 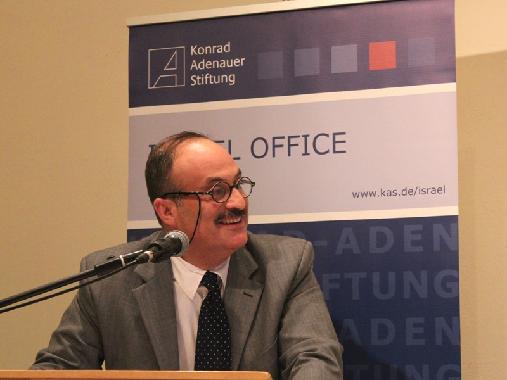 Under the title “A European-Jewish perspective on Israel today,” KAS Israel organized a very well attended seminar in the Jerusalem Konrad-Adenauer Conference Center together with the Center for the Study of European Politics and Society (CSEPS) and the Israel Council on Foreign Relations. Michael Mertes, Director of KAS Israel, welcomed the speakers Dr. Diana Pinto and Professor Dominique Moïsi, both living in Paris, as “eminent European intellectuals.” The Director of CSEPS, Dr. Sharon Pardo, stressed in his opening remarks that Jews had been “the first committed Europeans” – at a time when regional and national identities still shaped the self-conception of most people in Europe.

Diana Pinto, who in 1996 had predicted the (re)emergence of a European Jewry in her seminal essay “A new Jewish identity for post-1989 Europe,” and who recently published the book “Israël a déménagé”, opened her lecture by asking whether, given the pluralism of Judaism in Europe, it makes any sense to speak of a homogeneous “European Jewish view” on today’s Israel.

Jewish life in Europe was able to develop again after the Shoah because “the European ‘Never again!'” replaced the once ethnically and religiously shaped identities, which had excluded the Jews, by an inclusive identity based on the primacy of human and civil rights. In contrast, Israel embarked – likewise under the banner of “Never again!” – on a path that paradoxically led it into both ethnic and religious exclusion of others as well as into the world league of globalization winners. With its religiously grounded “ethno-nationalism”, as Pinto called it, Israel is today closer to the economically successful countries of Asia than to the secular, post-national EU which is currently groaning under the Euro-crisis. While the European discourse criticizing Israel is mainly based on Human Rights criteria, what counts from a Chinese perspective are only criteria such as the innovative power and the economic strength of Israel.

Dominique Moïsi who published the international bestseller “The Geopolitics of Emotion: How Cultures of Fear, Humiliation, and Hope are Reshaping the World” in 2010 and the autobiographical work “Un Juif improbable” in 2011, referred in his presentation to Pinto’s thesis. Israel should have no illusions: The six million Israeli Jews and the 13.5 million Jews worldwide were “merely a statistical margin of error” in a Chinese or Indian census. Although China appreciates and admires Israel as a technologically advanced nation, it would, according to Moïsi, not lift a finger should Israel’s existence be at stake one day.

Moïsi criticized that among Israel’s leadership, thinking in categories of long-term political developments was underdeleloped. He warned against patronizing attitudes towards the European Jewish diaspora. Israel, he argued, is part of the West and needs the West. But what will that mean when, in 2050, only ten percent of the global population will belong to a Western nation? Moïsi also doubted whether Israel had realized that the “Arab Spring” has started a revolutionary process that is going to last for many years to come. In view of the European-Israeli relations, he noted that less and less Europeans were guided by a sense of guilt with regard to the Holocaust – only Germany was the great exception.

In his commentary on the two lectures, Dr. Laurence Weinbaum, editor-in-chief of the Israel Journal of Foreign Affairs published by the Israel Council on Foreign Relations, stressed that the main causes of the European-Israeli alienation did not lie in Israel, but in Europe. The Europeans had no idea of the major threats to Israel’s security, or even to its very existence. Many Europeans acted as if the Israelis had to be grateful for them recognizing Israel’s right to exist; according to Weinbaum this was about the same as if Israel acknowledged Lithuania’s right to exist and wanted this to be honored as an act of great generosity. Moreover, Europe was using double standards when criticizing Israel for the violation of ethical standards that had been trampled upon by the Europeans themselves not long ago.

The ensuing discussion was skillfully led by Gisela Dachs, the Israel correspondent for the German weekly Die Zeit. It focused, among other things, on the question of whether and how the immigration of Muslims to Europe will affect the European-Israeli relations. While the audience seemed to have a rather skeptical attitude in that respect, both Diana Pinto and Dominique Moïsi emphasized that they were convinced of the ability of European societies to absorb Muslim immigrants, and the willingness of most European Muslims to integrate into European society.

After two hours the official part of a very intense event came to an end, but thanks to the pointed theses of both speakers lively discussions continued during the subsequent reception and deepened the understanding of the complexity of the Euro-Israeli relationship.