“He was an architect of dialogue”

Many more vistors than expected came to KAS Israel’s symposium on Schalom Ben Chorin (1913-1999) on July 3rd – an event by which we paid tribute to Ben-Chorin’s eminent role in advancing Jewish-Christian and Israeli-German dialogue. His 100th birthday will be celebrated on July 20th.
July 5, 2013 Ordering Information 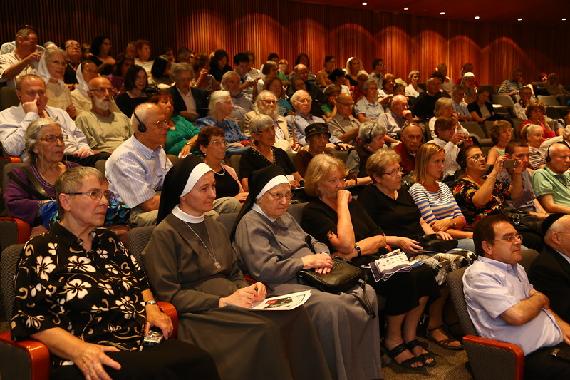 Schalom Ben-Chorin (“Peace, Son of Freedom”), born in Munich as Fritz Rosenthal, emigrated to Mandatory Palestine in 1935. Originally, he had published as a journalist and poet, but in Jerusalem he turned more and more to religious studies and publications.

In Germany today, Schalom Ben-Chorin enjoys highest reputation among the activists of Christian-Jewish dialogue. His literary estate is kept at the Deutsches Literaturarchiv Marbach (The Archive of German Literature).

His wife Avital (90) lives in Jerusalem. At the end of the symposium, German Deputy Ambassador Dr. Benedikt Haller presented her with the Federal Order of Merit, honouring her own outstanding service to Jewish-Christian and Israeli-German dialogue. 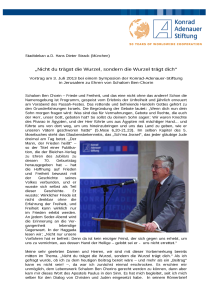