EUStudynet International Workshop: “Teaching, studying, and researching the EU outside its borders”

How to teach, study and research the European Union and Europe outside its borders? This issue was focused on Monday, May 23, in the EUStudy International Workshop organized by the Konrad-Adenauer-Stiftung Jerusalem and the Adenauer Division of the Ben-Gurion University of the Negev. International scholars, lecturers and Israeli students reflected on European integration studies and discussed the promotion of interdisciplinary European studies in non-EU countries.
May 27, 2011 Ordering Information 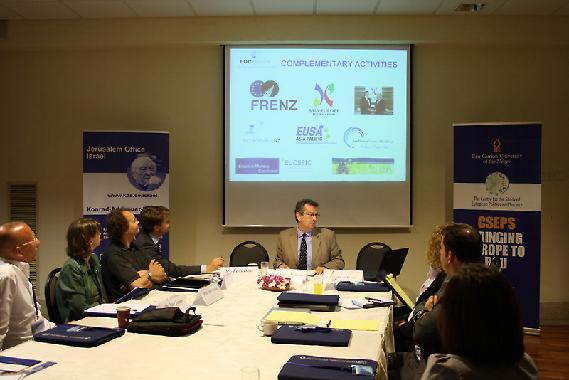 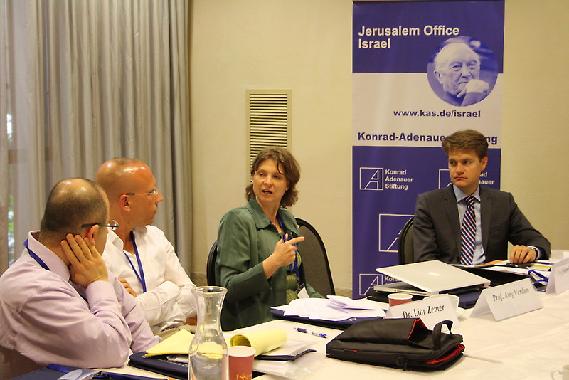 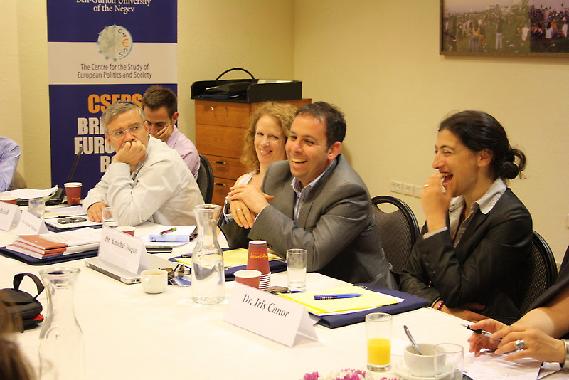 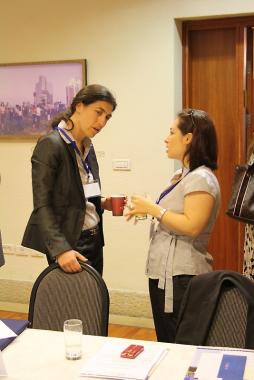 Dr. Sharon Pardo, Director of the Adenauer Division at the Ben-Gurion University of the Negev, opened the workshop and emphasized the importance of identifying the best methods of research and learning in order to establish an international platform of European studies. In his keynote address, Prof. Martin Holland from the Canterbury University in New Zealand impressed the audience with a widely ramified scientific network of the National Centre for the Research on Europe (NCRE). The NCRE offers students various programmes for EU and European studies. The participants from Canada, the United States, and Israel discussed the attractiveness of European studies outside Europe’s borders and agreed on the establishment of an international network exchanging ideas and motivation.

Prof. Amy Verdun from the University of Victoria, Canada, stressed that particular importance is attached to learning an additional European language. The lecturer at the Hebrew University Jerusalem, Maya Sion-Tzidkiyahu, reported on the structure of the European Form and thanked the Konrad-Adenauer-Stiftung for supporting research projects. Promoted by the Helmut-Kohl-Institute at the European Forum, the Konrad-Adenauer-Stiftung Jerusalem conducts workshops twice a year, in which Israeli and European students simulate the working principles of international organizations like the EU, the UN or the NATO. Several students participate in these games serving the European-Israeli dialogue and pointing out shared values and new challenges. Additionally, the Konrad-Adenauer-Stiftung annually supports five students of the Helmut-Kohl-Institute in their researches on Israel and Europe.

Finally, students of the Ben-Gurion University related on their enthusiasm of European studies and on obstacles affecting their empiricial researches. Exchange programmes, research awards, internships and weekend graduate schools are incentives for students in this interdisciplinary subject. European studies were regarded as career assets and, thus, do not only appeal future economists and lawyers but social scientists and humanities scholars. Focused on the European Union and Europe one should not forget, that „Europe does not exist without non-Europe and can only be realized in the mirror of Others“ (Prof. Martin Holland). In all, the EUStudynet International Workshop improved the international communication of the participating universities and laid the foundation for a prospective cooperation in European Studies.