A Call for "Green" Cities

More and more the principle of sustainability seems to become incorporated in different policy fields, which is not only a local or national, but global development. As a matter of fact, consciousness for environmental issues on topics related to climate change and the use of energy is on the rise.
April 5, 2012 Ordering Information 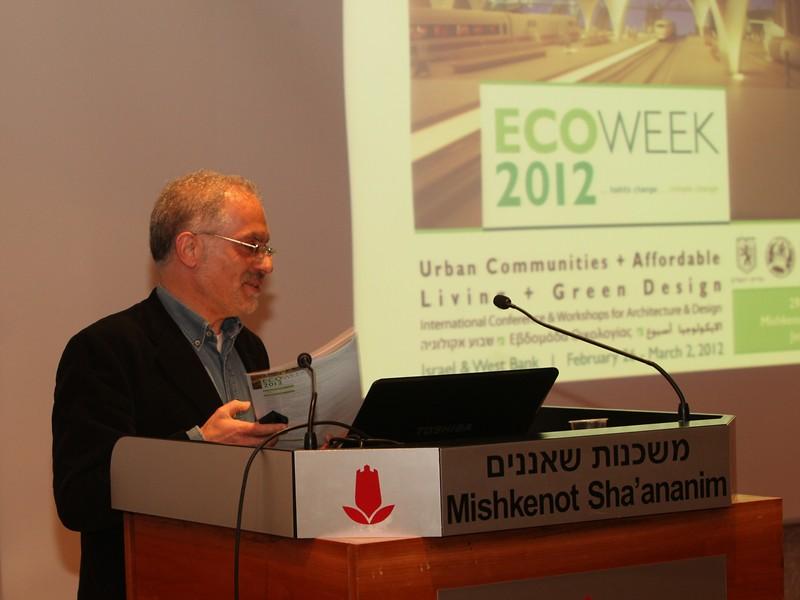 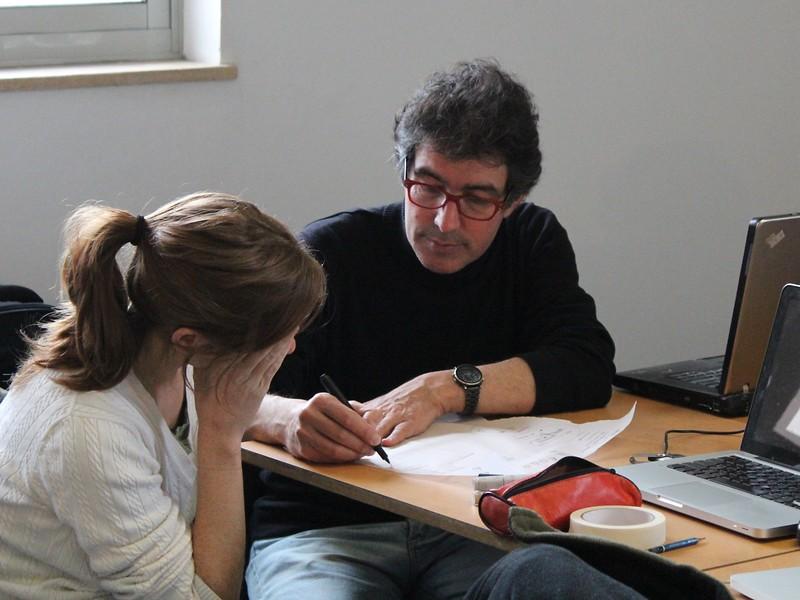 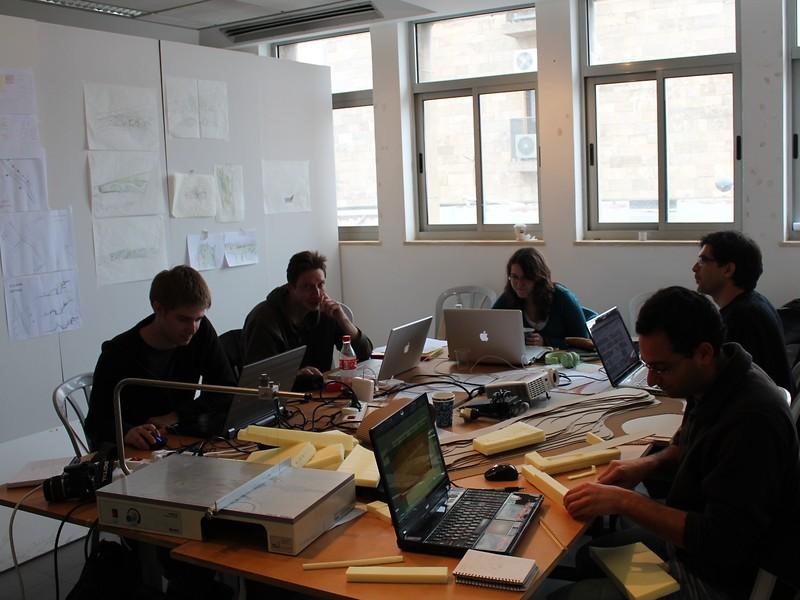 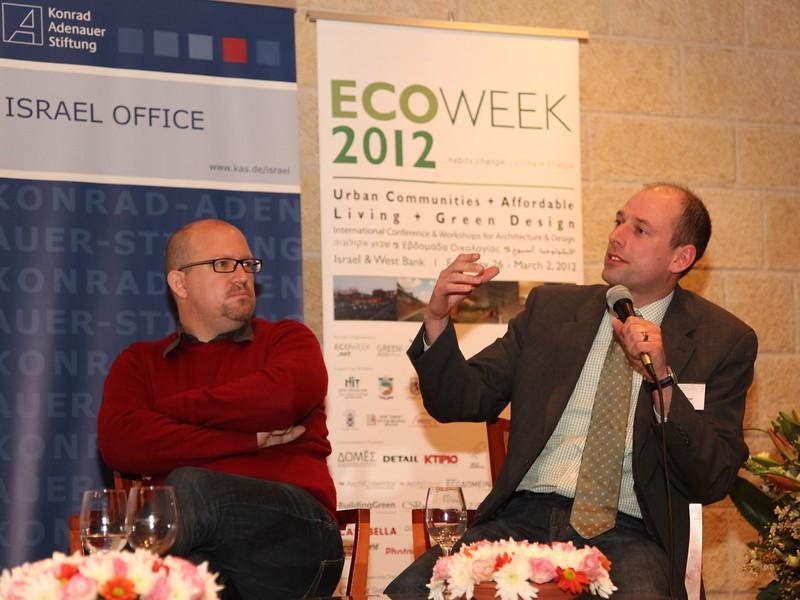 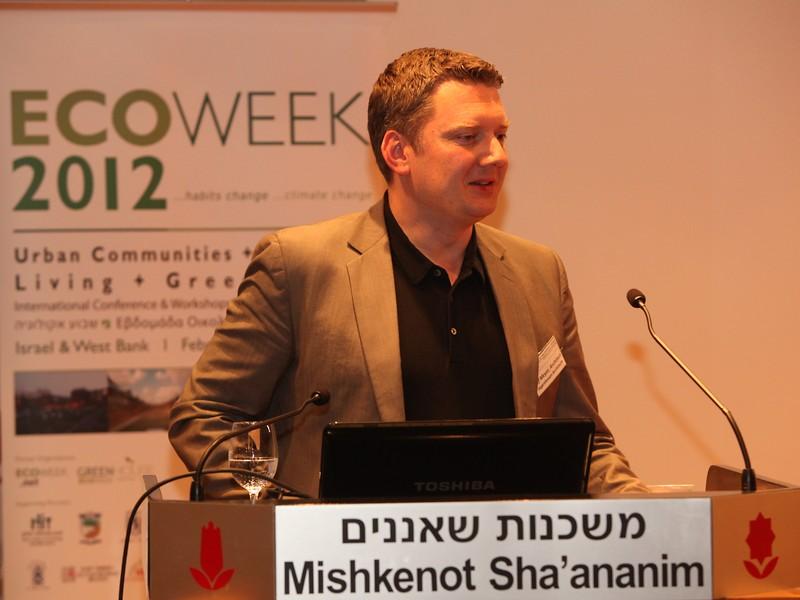 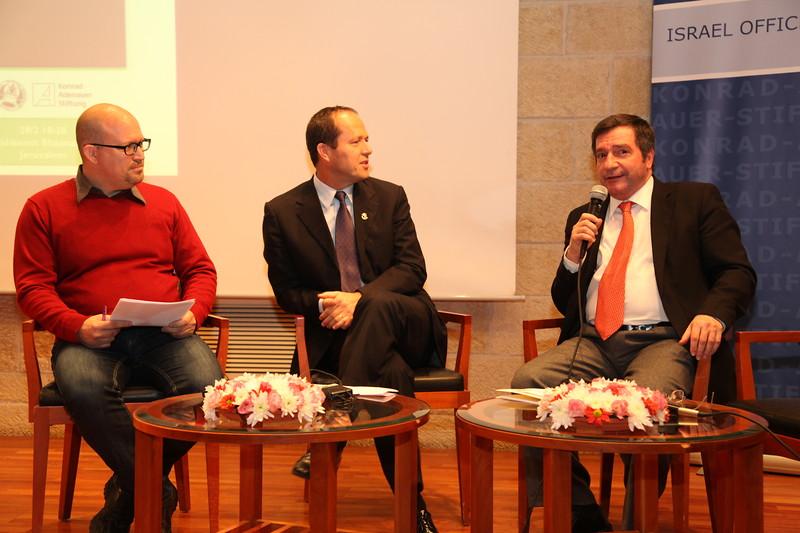 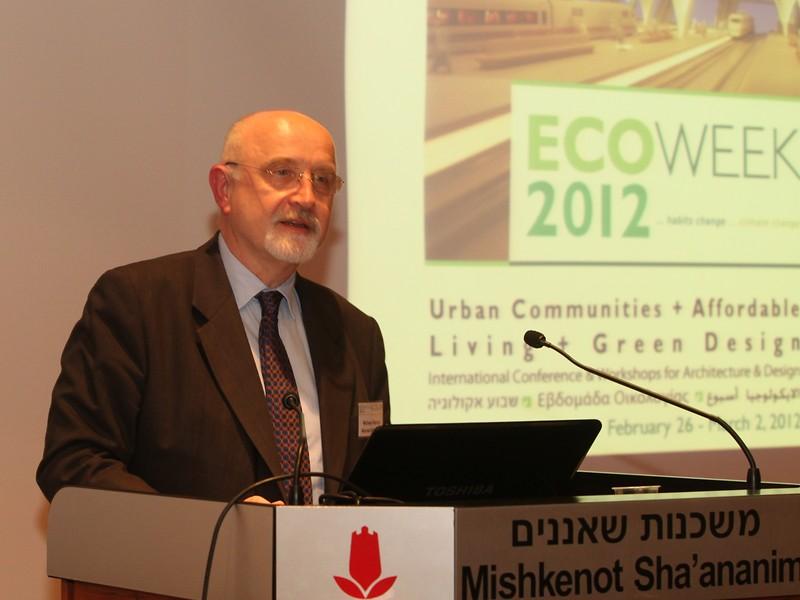 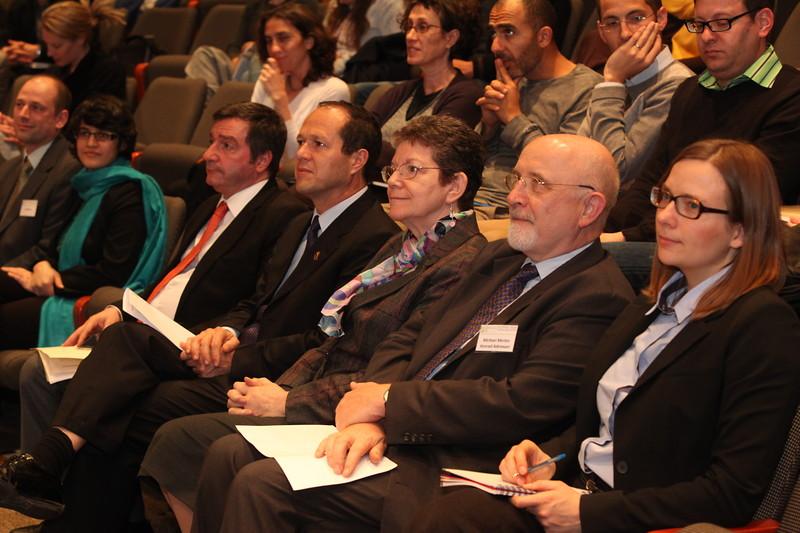 In that regard, cities play a special role. They are the political and economic centres and they transmit signals of change and innovation. One of the most recognizable trends in the 21st century is the one of urban growth. According to United Nations’ estimates, in forty years from now 70 per cent of the world’s population will reside in cities and congested urban areas, respectively. The levels of in-migration those areas experience remain on a high level everywhere: on a weekly and a global basis, approximately one million people move from the countryside into cities.

Such processes have an impact on local and national decision-makers. Additional factors like climate change, scarcity of resources generate political pressure to keep cities as viable areas intact and to follow the principle of sustainability. Consequently, need for action exists especially with regard to a functioning infrastructure (traffic, supply of water and energy). Just to give an example: urban residents use most of their energy consumption – about a quarter of the overall consumption – for heating (or air-conditioning in warmer region), lighting and transportation.

With a population of just more then seven million Israel is one of the smallest countries – and even smaller than the huge metropolises. Nevertheless, Israeli cities are affected by similar environmental problems. During a workshop and a public forum, the Konrad-Adenauer-Stiftung and ECOWEEK addressed exactly those challenges. To be more precise, the project dealt with the role of architecture as a source of inspiration for “green” urban planning. In the course of the two events, participants gained insights into techniques and technologies of energy efficient construction. Innovative transportation systems were discussed likewise. The overall goal was to show how cities could develop in a climate-friendly manner, thereby saving energy and improving the quality of life.

According to Elias Messinas, architect, founder and CEO of ECOWEEK, the uniqueness of ECOWEEK is easily explained. Every year architecture students, young professionals and notable lecturers come together in Israel and throughout the Mediterranean region to push for “green” design in architecture and urban planning. However, mere ideas on paper are not appealing to them. ECOWEEK participants turn to hands-on projects and give them an environmentally friendly look. Knowledge is passed on to the new generation of architects and urban planners, decision-makers from different municipalities are involved. In addition, ECOWEEK has a cross-border mission, because among the participants were not only Israeli students, but also from the Palestinian Territories, Germany, Poland and other European countries. Indeed, ECOWEEK has proven that common challenges are the starting point for a solid Israeli-Palestinian cooperation. Needless to say that climate change as well as a sustainable energy distribution belong on the agenda of mutual actions.

During the three-day workshop from February 28 to March 1, 2012, the participants were assigned to a project in Jerusalem’s Katamonim neighbourhood. The building structure dates back to the 1950s and 1960s. Next to an urgent demand for refurbishment (e.g. with regard to insulated houses) a need for a sustainable traffic concept exists. In order to change Katamonim’s character into a greener urban space, the fifteen students were assisted by an Israeli-German team of architects and urban planners: Yael Hammerman Solar, architect at Bezalel Academy and also working in the municipality of Jerusalem, Barak Pelman, Prof. Ulf Meyer, architect with ingenhoven architects (Düsseldorf and Berlin), and Dr. Uli Molter, urban planner and geographer at Chemnitz University of Technology.

On the first day, the workshop team visited Katamonim whereupon digital maps were created. Afterwards the group split into two, those who focused on a traffic plan and those who had a closer look at refurbishing housing estates. Working on such specific tasks was truly practical in character. Students and workshop leaders prepared digital as well as true to scale models of Katamonim. On the last workshop day, those models of the redesigned neighbourhood were presented at ECOWEEK’s final get-together in Holon.

When asked for their most important conclusion students and architects gained during those three days they agreed that the transfer of knowledge related to “green” urban design was of inestimable value. The intense session led to quick progress and newly acquired know-how that could be experimented with immediately. Ideas which were too design oriented had to prove their readiness for reality, because buildings and living space needed to be developed energy efficiently, thereby also increasing the functionality of Katamonim.

Insights into a modern sustainable urban development plan were also conveyed at a public lecture evening. The Mayor of Jerusalem, Nir Barkat, and the Mayor of Athens, Yiorgos Kaminis, were among the distinguished guests. Michael Mertes, Country Director of KAS Israel, and Elias Messinas opened the evening. They both remarked on the necessary change in awareness in politics, economics and society in order to be able to tackle the challenges of urban areas in terms of energy security and climate change. Without any doubt, climate change will have a severe impact in the Middle East; periods of drought, scarcity of water and extreme temperatures have also been characteristic features of the Levant. Israel as a high-tech location has the task to pay more attention to sustainability, energy supply and modern urban planning. As a result, the country could act as a role model within the region.

Mayor Nirkat could not agree more. Before elected to office, the Mayor was entrepreneurially active, thus, he emphasized on Jerusalem’s potential to develop a “green” strategy of growth and to closely cooperate with European cities. The municipality, the citizens of Jerusalem and the business world, of course, ought to pool their efforts to develop a mutually understood vision for a sustainable urban environment. In this respect, adopting a White Paper for Sustainable Construction on behalf of the Municipality of Jerusalem has been a milestone. Simultaneously, the city prepared a new traffic concept that centres on public transportation. Jerusalem’s light rail line, which was introduced in July 2011, serves as one of the first results.

The City of Athens had a similar portfolio of actions needed, as Mayor Kaminis relayed to the audience. Traffic in general was on a permanent edge, exhaust gases and air pollution diminished the quality of life. Moreover, an awareness for environmental issues is but rudimentarily developed and Athens – like Greece in general – is overwhelmingly affected by Europe’s economic and financial crisis. Consequently, the public sector’s options to invest in the infrastructural adaption to the climate change were extremely limited. Thus, Athens should learn from other European cities and seek support from the European Union (e.g. in the framework of the European Fund for Regional Development). In addition, Athen’s citizens needed creative incentives to learn how to act in accordance with the environment and to save resources at the same time. If the consumers realized that ecological and economic thinking were two sides of the same coin political measures would far faster have an impact.

After discussing the views from representatives of different municipalities, Prof. Ulf Meyer presented the spectrum of possibilities of “green” urban architecture. Constructing buildings in a way that they neither require heating nor air conditioning might involve the application of a double-façade techniques. The space in between the two façades would create a chimney effect where warm air was automatically ascending, leading to a natural air circulation: used air left the offices and fresh air entered. Furthermore, those buildings are equipped with photovoltaic installations, interior gardens and material like wood. Examples for those modern and green constructions is an new wing to the Lufthansa headquarter building in Frankfurt or the Osaka Tower.

Interestingly, the train station project Stuttgart 21 also deserved recognition in terms of “green” design, Prof. Meyer remarked. Due to multifunctional light inlets, which at the same time serve as supporting columns and air vents, even huge underground spaces can be lit, ventilated, heated and cooled without consuming tremendous amounts of energy. In view of the energy supply of widely space buildings Prof. Meyer recommended that they should be turned into their very own power plants, generating energy autonomously.

To develop urban space in line with sustainability relies on the contribution of urban and traffic planners. Dr. Uli Molter presented several examples and initiatives from Europe that build on sharing bicycles or cars. This idea is becoming more and more popular in Israel, too, especially in Tel Aviv. Dr. Molter also made it clear that it was the public sector’s duty to offer attractive public transportation solutions, taking into account the interests of different user groups. Moreover, public areas should be used reasonably and serve multiple purposes to shorten distances and to seal the ground as less as possible. In growing cities many stakeholders want to have say in how potential construction areas ought to be used. Therefore, Dr. Molter concluded, all the people involved in and affected by the decision-making process should have a chance to participate. Often enough, a participatory approach revealed complementary interests that might result into joint utilization plans.

Both events, the workshop and the lecture evening, demonstrated that political decisions from the top and dedicated actions from the bottom should go hand in hand. Synergy effects can stem from intelligent networks which enhance the exchange of information and translate ideas from paper into real projects, which relate to specific local needs. ECOWEEK is dedicated to this kind of philosophy for many years. Its network transcends national borders and the people behind ECOWEEK are not satisfied with words alone when it comes to increase the awareness of the climate change – they proceed to action. 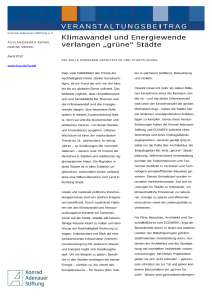 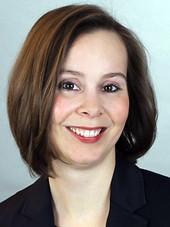