National Identity and Images of Self and Other

On June 28 and 29, Israeli and international scientists discussed current developments and regional varieties of textbook research at a joint conference of the Konrad-Adenauer-Stiftung in Jerusalem and the Harry S. Truman Research Institute for the Advancement of Peace.
July 29, 2011 Ordering Information 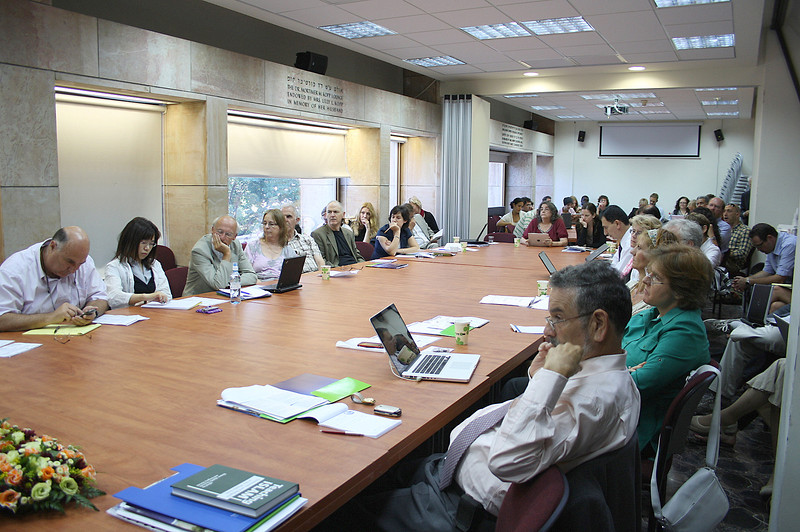 History and Civic Textbooks are mainly characterized by two perspectives: Where does society stand today and where should it stand in the future? Which role does national identity formation and the perception of Self and Other play in textbooks of the Middle East and the Arab nations? On June 28 and 29, this question was focused on during the conference on “School Textbooks in the Greater Middle East” organized by the Konrad-Adenauer-Stiftung and The Harry S. Truman Research Institute for the Advancement of Peace in cooperation with the Georg-Eckert-Institut. Numerous Israeli and international scientists discussed current developments and regional varieties of textbook research.

As emphasized by Michael Mertes, the director of the Konrad-Adenauer-Stiftung, it has been the Foundation’s main goal in Germany to educate and encourage people to accept their democratic responsibilities and to be committed citizens. Referring to his experience dealing with the question of bi-national history textbooks – between France and Germany, Poland and Germany as well as the Netherlands and Germany - Michael Mertes stated: “From a political point of view, the interesting question is whether bi-national history textbooks do foster reconciliation, or whether they presuppose reconciliation. However, even where reconciliation between nations has been achieved (like between France and Germany), it remains an extremely difficult task to find a joint perspective on the past – not so much because some conflicting narratives remain, but because you have to select and to neglect.”

From the point of view of education policy, textbooks are considered important media and instruments of international communication. They do not only impart what is regarded as knowledge by the state or society, but promote values and national identity formation. Thus, the presentation of ethnic, cultural and religious conflicts intensifies or moderates stereotypes and reservations towards others in the international context. However, as a theoretical basis, textbooks are not the only source of knowledge but interact with additional teaching material like handouts, movies and multimedia presentations. In the final analysis, the impact of the subject matter lies in the hand of the teachers.