Partners for Regional Leadership: Strategies and concepts of peer-mediation

A Transnational Training Workshop for Students

From June 17-18, 2014, Palestinian, Jordanian and Israeli high school students came together with their teachers to participate in a workshop on strategies and concepts of peer-mediation in Neve Shalom near Jerusalem. The workshop is part of the Partners for Regional Leadership project (PRL) implemented by KAS Israel in the framework of the EU Partnership for Peace Programme.
June 24, 2014 Ordering Information 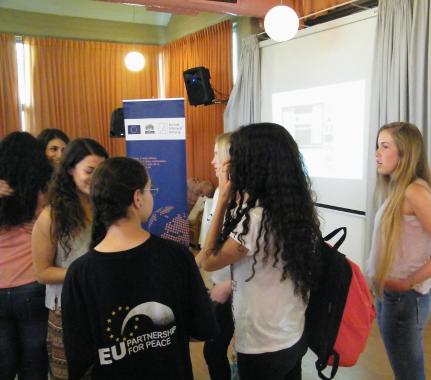 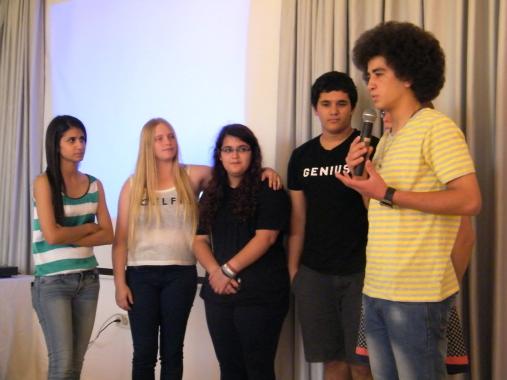 Opening words by students from the three countries 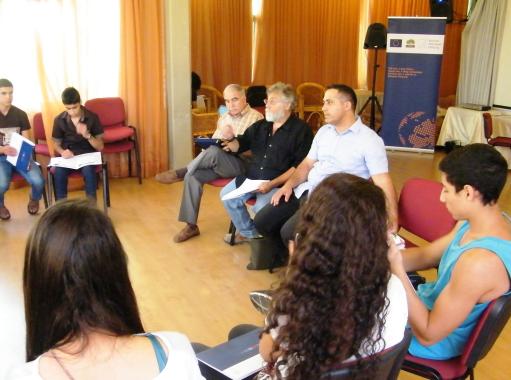 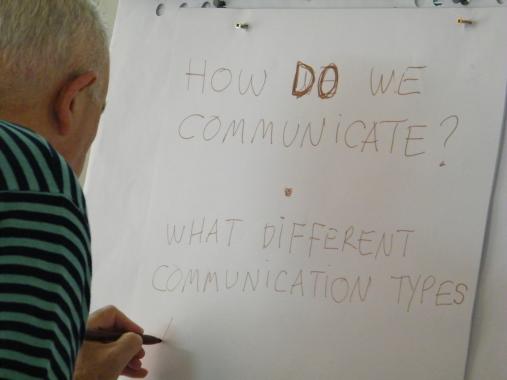 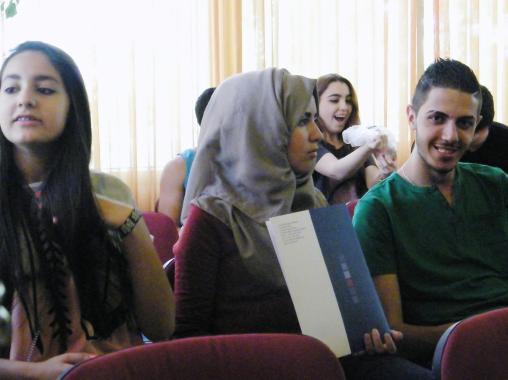 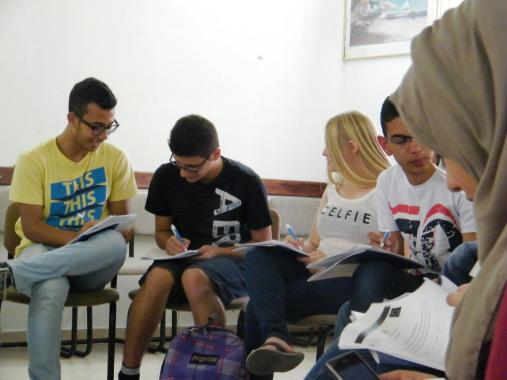 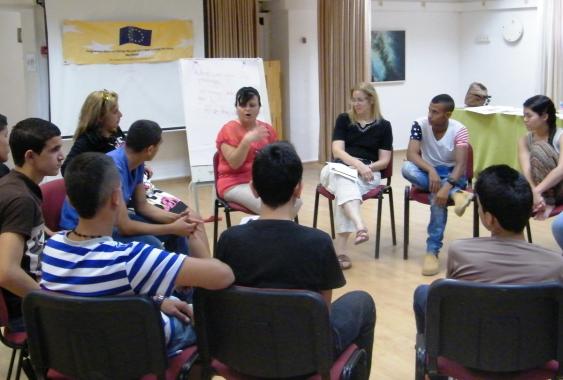 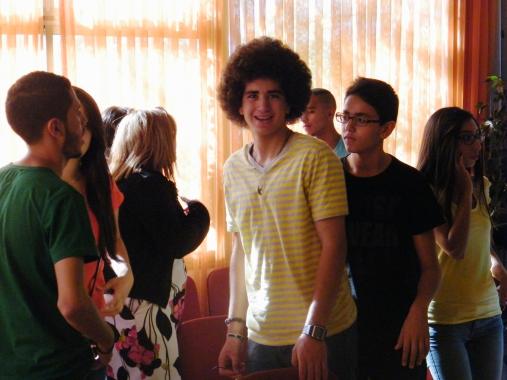 The aim of the June 17-18, 2014 workshop was to train 45 students (15 per country) as mediators and to encourage them to set up mediation units in their schools after the workshop and with hopes that the students would offer their mediation skills to their communities and also function as co-trainers in training new mediators in their schools. The workshop was fittingly held in Neve Shalom, a small community of Jewish, Muslim and Christian Israeli citizens, who have chosen to live together democratically to show that peace is possible.

The first day of the workshop was characterized by several activities to promote knowledge and understanding among the students. While part of them already met in the previous workshop from May 1-3, 2014, some of them were completely new in the group. Several students spoke of their fears over the continuing tension in the region during discussions of their expectations of the workshop in uni-national meetings. Nevertheless, one could clearly observe that fears, prejudices and reservations were reduced during the icebreaker activities.

The day concluded in the evening with another transnational communication activity: watching a preliminary game of the 2014 Football World Cup.

Building on the results of the session on negotiation of the first day, the students discovered on the second day that getting help from outside may be a solution when negotiation risks failing. This is when the session on how to become a mediator began. With the help of activities and video clips, the students were introduced to the qualities of a mediator. It was highlighted that the most important mediator skill is active listening. To be able to establish mediation units at their school, the students learned how to head a mediation session. To do so, facilitators created the different scenarios of a mediation session for role playing activities. In the last part of this session, the students worked in school groups to develop action plans for the establishment of mediation units in their schools.

The workshop concluded with an evaluation where the students reflected on their expectations and discussed whether they have been met or not. Some students expressed their regret that only a few students, namely 45 from three countries, had the opportunity to participate in the workshop. Overall, the students reported that they enjoyed the workshop, and received new skills in active listening and mediation. They stated that the biggest advantage of the workshop was meeting their fellow students from the ‘other side’ and learning new perspectives from different countries and cultures. They described the workshop sessions as enriching and positive, although some students preferred to have less theoretical sessions and would have liked to focus on more practical activities. All students agreed that the most negative experience was that the workshop was too short and that they would not have the chance to meet again. Additionally, some students mentioned that more workshops of this kind should be held to include additional students in the project. 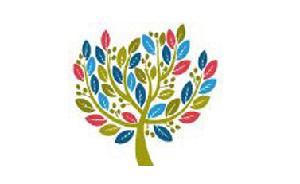 Education and Research State and Society