Second Workshop on Comics and Politics: “Comics, Censorship and Freedom of Expression”

On May 16 and 17, the Second Workshop on Comics and Politics took place, focusing on “Comics, Censorship and Freedom of Expression”. Organized in collaboration with the Adenauer Division at the Ben-Gurion University of the Negev, the Konrad-Adenauer-Stiftung welcomed international academics, publishers and Israeli artists. The lectures dealt with the development of artistic freedom in Europe as well as the treatment of socio-critical subjects in Israeli comics.
May 20, 2011 Ordering Information 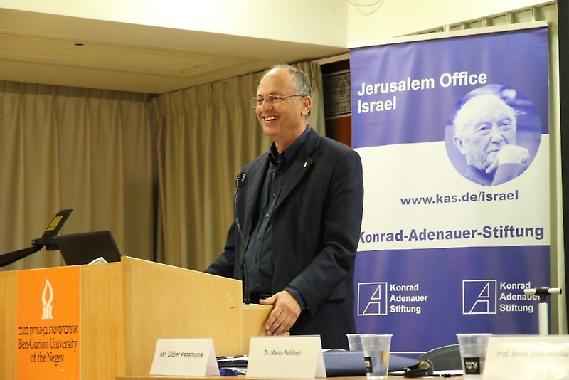 KAS Jerusalem
Prof. Zvi Hacohen, rector of the Ben-Gurion University of the Negev 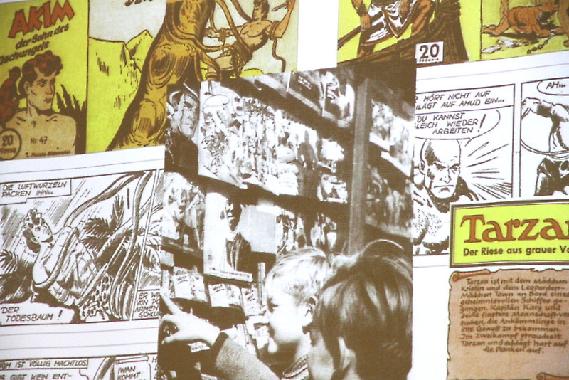 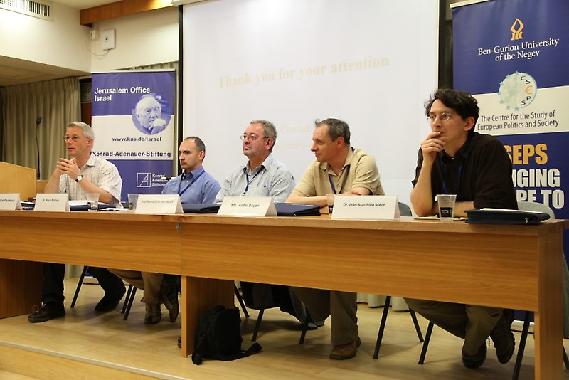 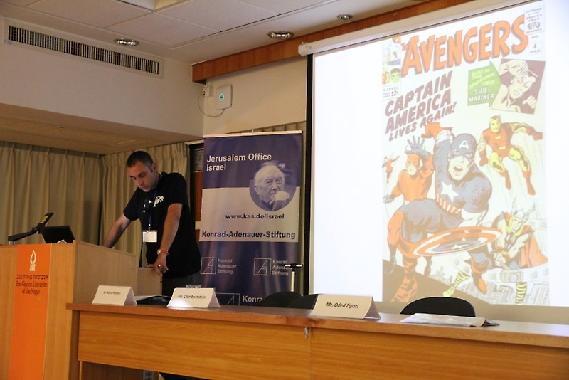 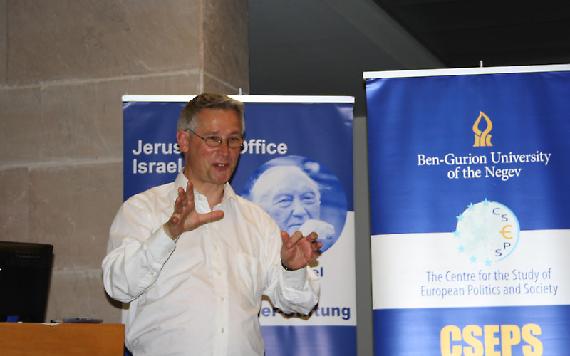 The purpose of the workshop was to bring together European scholarship and Israeli art, establishing an international platform for cultural exchange on the interaction of comics and politics. The event was held at the Ben-Gurion University campus and at the Holon Mediateque, attracting students who gained an insight into examples of the censorship of comics and the success of latent, graphic critique.

Prof. Zvi HaCohen, Rector of the Ben-Gurion University, opened the workshop with a short speech on the relationship between freedom of expression and critical humor. Dr. Sharon Pardo, Director of the Adenauer Division, and Galit Gaon, Director and Curator of the Israeli Cartoon Museum in Holon, welcomed the participants in the discussions and the audience. The first panel dealt with the obstacles to publishing comics in non-democratic regimes in the 20th century, in particular Europe. Not only the influence of fascism in Italy changed the landscape of comics, but also the depiction of World War II, reshaping hero types and dominating European comics. Similarly, children’s comics in Germany and France were censored for violence in the 1960s and 1970s. Subsequently, the Hungarian author Antal Bayer reported on his experiences as a publisher during the socialist regime, and on how cartoonists got round censorship.

The next panel discussed the difficulties of publishing comics and public censorship. One example was provided by the researcher and author, Oded Zipor, in his lecture, “Superheroes, Anarchy and Self-Censorship: The Case of The Authority 1999-2002”. He described in detail the Authority’s exertion of influence and attributed the change in character of comic heroes to self-censorship. Ofer Bernstein related about caricatures relating to the British Mandate as well as the uncensored publication of relevant security information in Israeli comics. The closing lectures of the first day of the workshop were devoted to “Subversive Comics and Gender”.

The second day of the workshop focused on Israeli comics and opened with a lecture on the issue, “Is there a Subversive Comic in Israel?” In the afternoon, young artists and cartoonists presented their socio-critical and partly provocative works. The illustrator and designer, Amitai Sandy, talked about social and political contents in recently published Israeli comics and demonstrated this with the example of his socio-critical hero. In her lecture on “Radical Mainstream with Whiskers”, the Israeli comic-strip artist Ilana Zeffren stressed that homosexuality is still regarded by society as taboo. Her comic serial, in which her cats serve as a mouthpiece, is published weekly in the Tel Aviv magazine, City Mouse. Keynote speaker Didier Pasamonik summed up the development of French comics, stressing that they precisely gained artistic importance with the introduction of censorship. In all, the Second Workshop on Comics and Politics enabled an open dialogue, continuing last year’s success.

Second Workshop on Comics and Politics: „Comics, Censorship and Freedom of Expression”