There is no sign of a summer slump. The priorly largely successful LDP and Prime Minister Abe see themselves confronted with the harsh reality of electoral defeats, rapidly dropping approval ratings and political scandals. Abe and his government are severely dented; a new cabinet consisting of minister veterans is hoped to create stability. Meanwhile, the North Korean security situation threatens to esca-late.
August 23, 2017 Ordering Information 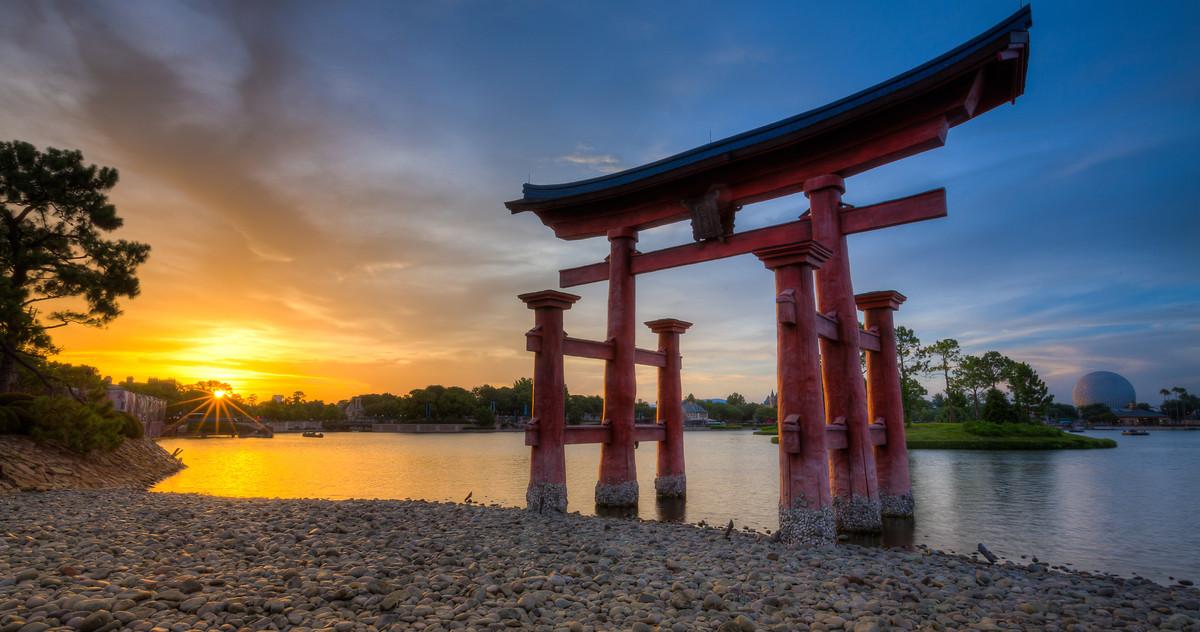 There is a lot going on in Japan. Prime Minister Shinzo Abe’s LDP endeavors to get out of the low in opinion polls. The major daily newspapers Japan Times and Jiji Press refer to opinion polls, which indicate a continuous decrease of the people’s trust in the Japanese government as well as a declining support for Shinzo Abe. Lately, approval ratings for Abe dropped below 30 percent. Held as barometer for people’s discontentment with the LDP in general and with Prime Minister Abe in particular, the July parliamentary election of the prefecture of Tokyo saw the LDP with a historically low result. Out of 127 seats to be filled in Tokyo’s House of Representatives, the LDP only managed to get hold of 23 seats. Confirmed in her role as governor was Yuriko Koike, who was able to win 79 seats with her newly formed party Tomin First no Kai ("Metropolitan Citizens First Association").

Many electors in Tokyo stated that with their vote they voted against the “arrogant” LDP and wanted to support Koike, who is at present very popular in Tokyo. Abe commented on the election result, saying that he and the LDP would administer this “extremely negative evaluation”. After the embarrassing prefectural election in Tokyo he announced to change many cabinet posts. This cabinet reshuffle now took place in the beginning of this month.

It is however remarkable that the big opposition parties have as yet not been able to capitalize on the LDP’s negative trend. The Democratic Party (DP) does still not find any profile defining topics. Consequently, also the DP did poorly in the Tokyo prefectural election. So poorly in fact, that the likeable party leader Reno felt obliged to draw personal consequences from the defeat and declared her renunciation from the position.

In order to stabilize the government and to reestablish the population’s trust in politics and in the LDP, Shinzo Abe did exactly what everyone had been expecting: unpopular and scandal-tainted ministers were dismissed, while familiar faces were appointed for the “new” cabinet. So the veterans are called to fix it. Take for example the “new” Defense Minister Istunori Onodera: he had already held the position in 2012 and is now asked to restructure the Ministry of De-fense. The whole ministry, including the ex-minister, had previously caused negative headlines when it was discovered that the minister appeared to have personally arranged for inconvenient operation reports concerning the Japanese Self-Defence Forces in Southern Sudan to be kept secret.

“New” Minister for education, science and culture is Yoshimasa Hayashi. He too has held different minister positions since 2008, including the portfolios for agriculture, defense as well as economy and trade. The Ministry of Education has lately been equally troubled by scandals. In the beginning of the year, Shinzo Abe found himself in the midst of a scandal concerning an ultra-nationalist playschool operator from Osaka, who claimed that Abe and his wife had donated generous sums to schools of his operating company. Already in March Abe announced he would step down if these accusations and personal relations were found to be true. Officially, the government always rejected all accusations. After Abe was able to successfully, but not unscathed, dissociate himself from the scandal, he was in-volved in yet another scandal connected to the Ministry of Education only a few months later. In the beginning of this year, private university operator „Kake Education Institution” received a grant from the Ministry of Education for the construction of a new veterinary faculty inside a declared “special strategic zone”. The controversy here: Kake Institution’s director is an old childhood friend of Prime Minister Shinzo Abe. For the approval of the construction project, “Kake Institution” had to apply directly to the Ministry. In the time of the application procedure, Abe and the director of Kake went to play golf together several times. In this, opposition parties as well as voices from the population saw clear signs of favoritism. Against this background, it is thus of existential interest to the Prime Minister that Hayashi, “new” Minister of Education, set-tles the ministry and clears the scandal in which Abe seems to be personally involved.

The renominated Foreign Minister Taro Kono, too, has already been part of the cabinet in the past as Minister for Administrative Reform. Inside the LDP, Kono has a very good standing and is increasingly seen as a possible successor for Shinzo Abe as Prime Minister. He is however not considered to be close to Abe, to whom he shows political distance in many central points. With his appointment as a Foreign Minister it was signaled that the “new” LDP would be more inclusive than the somewhat pam-pered and alienated old LDP.

13 out of the total of 19 Ministers in Abe’s cabinet already held minister positions in the past. Abe justified the decision of ap-pointing long-serving actors into his cabinet with stating that he wanted to create a “results-oriented” cabinet, in order to effectively solve pressing issues.

The new threat situation created by the DPRK

As a matter of fact, there are not only domestic political challenges causing headaches for Abe and the LDP. As well in foreign policy the year 2017 is thus far a particularly “hot” year for Northeast Asia and Japan. North Korea has successfully tested missiles with intercontinental capacities for the first time. Japan views this as a serious threat.

In the annual “Defense White Paper” pub-lished by the Ministry of Defense in the beginning of August, the ministry declared that the regime in North Korea had “reached a new threat level”. Moreover, the ministry confirmed the international expert assessment that the missile tested by North Korea on 4. July de facto was an ICBM (Intercontinental Ballistic Missile). In this “White Paper”, the Ministry of Defense also stressed that it is to be feared that the regime in North Korea has already developed a small arsenal of nuclear warheads.

The Japanese Government takes the aggravated threat landscape in Northeast Asia seriously. Last week, Foreign Minister Kono and Defense Minister Onodera met with US-colleagues Tillerson and Mattis for a “2+2” security conference in Washington. This was the first conference of this kind since 2015. In a publication the ministers strongly condemned the North Korean provocations and emphasized that the region is now seeing itself confronted with a new threat scenario. Defense Minister Onodera asked for the US’ help in supporting Nippon’s plan to install the land-based version of the Aegis missile defense system in Japan. US Foreign Minister Mattis welcomed this Japanese initiative. Both defense ministers also agreed that the US-Japanese defense alliance had to be strengthened.

In this summer, too, the region is firmly locked in the grasp of the North Korean provocations and threat of escalation. Against the backdrop of these security challenges, Japan needs a strong government. Domestic as well as struggles within the party did not leave Abe with another choice than to craft administrative stability with a “new” cabinet, consisting of “old” minister veterans. However, Abe’s new ministers cannot and are not expected to bring back up the low poll results. The new cabinet is simply expected to halt the downward trend in approval ratings. It seems as if the LDP’s slump was kept in check for the time being. The new foreign and defense ministers have strongly positioned themselves right at the beginning and have arranged important and “result-oriented” cooperations with their US-counterparts. Premier Minister Abe still tries to free himself as unscathed as possible from the scandals into which he is involved. But as the opposition has neither profile nor sufficient teeth, the prime minister and his party are left with enough time to leave the domestic scandals behind them. 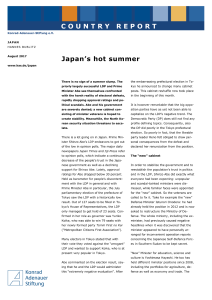