by Yeo Lay Hwee
In this chapter the ASEAN Community building efforts are examined from an outside-in per-spective and contrasted to the efforts of the European Union (EU). It also considers challenges and pitfalls for ASEAN’s Community building in the future.
December 3, 2021 Ordering Information

The Association of Southeast Asian Nations (ASEAN) was founded at the height of the Cold War era. Against this backdrop, with the confrontation between Malaysia and Indonesia and other regional disputes still fresh in the memory, ASEAN began with the modest aim of trying to reduce internal tensions so that each member state could focus on its own economic development and political consolidation. The original aim of ASEAN, as envisaged by its founding members, was modest – to keep the peace in Southeast Asia through respect for each other’s sovereignty and adherence to the principle of non-intervention. ASEAN was to be a forum, a tool for member states “to manage common threats of communist insurgencies while balancing internal sensitivities and conflict” (Lee 2007).
Despite this political and security backdrop however, explicit reference to security cooperation had remained conspicuously absent in the agenda of ASEAN. Indeed, ASEAN’s founding document, the Bangkok Declaration of 1967, mentioned nothing about security cooperation beyond the general statement that one of the aims and purposes of the Association would be “to promote regional peace and stability through abiding respect for justice and the rule of law in the relationship among countries of the region and adherence to the principles of the United Nations Charter”. The rest of the aims and objectives revolved around cooperation in the socio-economic, cultural and scientific, and technical fields.
However, given the end of the Cold War and the challenges that a changing security and economic climate has brought, ASEAN must adapt in order to remain relevant. The grouping has gone from avoiding any explicit reference to a security role and eschewing institutionalised cooperation in the economic, political, and security arena to the drafting of the ASEAN Charter and articulation of its the ASEAN Community by 2015 idea, a big step both psychologically and normatively. The shift from a very low-key, implicit security role of managing tensions through dialogue and diplomacy to one more openly promulgating the aspirations of an ASEAN Community is itself a result of a constellation of different driving forces.
This paper attempts to examine ASEAN Community building efforts from an outside-in perspective, contrasting these efforts to those of the European Union (EU). The latter came about as a result of several bold decisions to transform Europe from a continent of war to one of peace. The community building effort that followed this aspiration may have witnessed its fair share of crises and setbacks, but from the days of the European Coal and Steel Community (ECSC) to the European Union of today, it is remarkable what has been achieved. 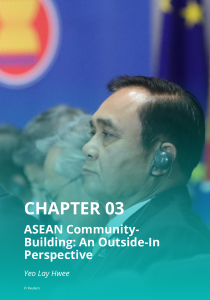 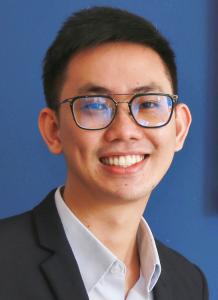