Since the signing of Paris Peace Accords in 1991, Cambodia has seen a rapid development in many fields, including technology. For instance, we can see that many Cambodians start to use smartphones while many shops and institutions have offered public WIFI to customers and visitors. It is undeniable that technology will have an impact on every part of our lives. Continuing from our previous volume which focuses on economic development, we would like to shift your attention to discover our insightful authors’ visions on how technology could influence various aspects of our culture and society ranging from healthcare, to education, and to gender equality; in the next twenty years.
July 16, 2020 Ordering Information 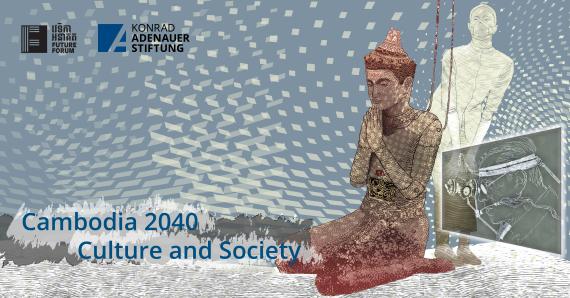 Cambodia has experienced drastic changes since the signing of the Paris Peace Accords in 1991. Twenty-five years later, Cambodia is a lower middle-income country with consistently high GDP growth rates and concomitant improve- ments in human security as measured by the Human Development Index (HDI). The question that Cambodia confronts today is a seemingly simple one, but which is in fact remarkably complex: Whither Cambodia? From energy to indus- trialization to agriculture, how are the diverse sectors of Cambodian society and the Cambodian economy likely to develop over the next two decades?

As a relatively small country in a region of growing geopolitical and economic importance, how is the kingdom to respond to an assortment of global trends? From the continued rise of China to the effects of climate change to the transi- tion towards a digitalized global economy, Cambodia is set to develop within a rapidly changing global landscape that offers both new challenges and new op- portunities.

Set at the intersection between domestic development and global change, will Cambodia in 2040 be a middle-income state with growing prosperity or will it have stagnated at its current, lower middle-income level, or indeed have dropped back to the status of a low-income state? Will the kingdom have adapted to climate change or will it be a victim of its topography? Will a social welfare system be developed to ensure the dignity and security of all of within the kingdom?

In order to address these and other important questions, Future Forum has partnered with the Konrad Adenauer Stiftung to produce a series of edited vol- umes examining a number of different areas of socio-economic development, ranging from fiscal policy to the fourth industrial revolution to healthcare. There are three thematic scopes that the series covers: (i) economic development; (ii) culture and society; and (iii) foreign policy and governance.

This is the first book that brings together a collection of experts, utilizing a single methodological framework, in order to set out the potential scenarios that Cam- bodia is likely to confront two decades from now. Broadly employing a shared foresighting approach each author examines their particular area of expertise in order to illustrate the potential paths that Cambodia could follow. Addition- ally, as befits a book about the future of Cambodia, each of the substantive chap- ters has been developed and written by a Cambodian analyst. 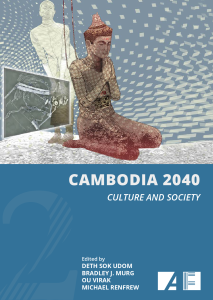