As Cambodia embraces the Fourth Industrial Revolution (also known as Industry 4.0), a basic knowledge of digital literacy and ICT is essential for Cambodia to keep up with its ASEAN neighbours. On top of the raised qualifications for teachers and their increased competency, basics skills in digital literacy and ICT, such as the use of digital devices, social media platforms, and digital security, are important skills for educators to acquire in order to maximize their teaching proficiency as well as the learning journey for students.
July 7, 2020 Ordering Information 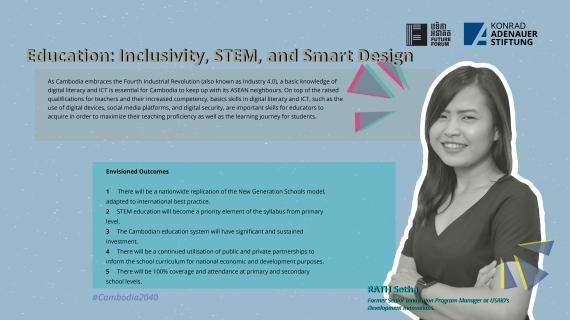 Why should I read this chapter? ... because digital education will bring Cambodia forward!

It is 8AM on a Monday morning and Mongkol, an 11-year-old boy, is eating his breakfast while listening to a science podcast before heading to school. Mongkol takes a driverless bus to school. It is the start of the new semester, and Mongkol selected his Grade 6 subjects based on his interests. He goes to his history class and uses facial recognition to sign the attendance. During the history class, the instructor shows everyone a hologram of Angkor Wat that has been developed by senior students. Mongkol takes notes on his digital pad. After the lecture, Mongkol gets his tablet and logs into the Learning Management System to work on his history assessment. In the afternoon, Mongkol goes to the canteen to have lunch, which he has already pre-ordered from his phone. After the lunch break, he meets his friend Mony at the special education class for visually impaired students. Mongkol, Dara and three other classmates are working on a robotics project at the tech and innovation lab where they develop and innovate a personal assistant robot for the elderly. It is almost the end of the day and Mongkol takes the skytrain home via his evening Apsara dance class. After having dinner with his family, Mongkol goes to his study room to review the materials for tomorrow's seminars and watch the recorded lectures from last week as he had missed the classes. On opening his email, he is excited to have received a message from the ASEAN Exchange Program notifying him that he has been selected for an exchange program in Singapore for the next semester. 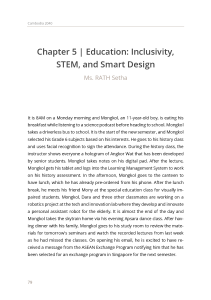 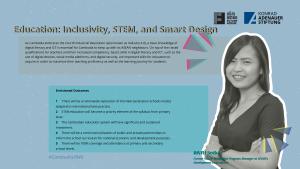 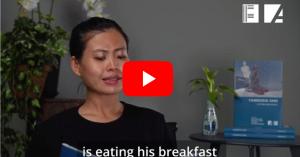