KAS in cooperation with GIZ, FNF and the integrated CIM expert (NA) will present their Joint-German Parliamentary Support Project to strengthen the capacities and organization of the two legislative chambers, the National Assembly and the Senate.
December 9, 2016

The joint project is aimed at increasing the capacity of both elected members as well as staff members of the Cambodian Parliament. The intended measures shall enable the responsible stakeholders to carry out their tasks more effectively in order to strengthen the functionality of the legislative power. This includes activities to continue the process of reviewing and reforming the legal framework of the Cambodian Parliament, in particular the Internal Regulations; to improve the process of reviewing draft laws by the responsible parliamentary commissions; to improve the services delivered by the General Secretariats of both parliamentary Chambers in order to achieve a better technical support to the commissions and to individual members of Parliament; to enhance the media and public relations work of the Parliament.

Against this backdrop KAS has provided trainings on news writing and video production to the staff of the Senate and National Assembly's Department of information. The training delivered a comprehensive knowledge on producing informative videos to inform the citizens about the different field of works, tasks and duties of the both chambers. It included theoretical input on basic rules and video production, learning on the camera, editing, script writing and ethical understanding. The participants have attended the training for four months and have finally produced a video. The short videos are covering topics like the discussion and adoption of laws, the role and duties of the commissions of the National Assembly, the legislative function of the Cambodian Senate as well as the complaint mechanism of the Cambodian Senate.

The videos as well as the project itself will be presented in the frame of the launch. 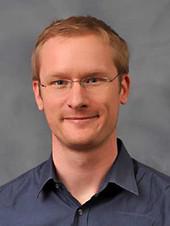 Head of Kas office in Cambodia