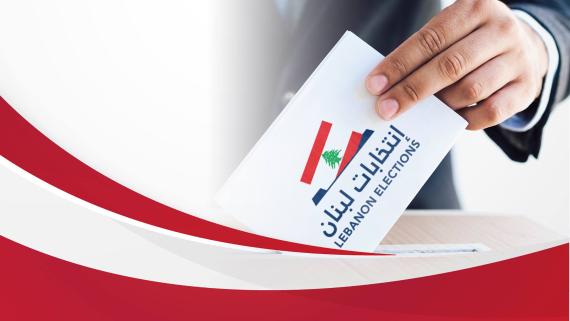 A study based on the interactive simulation model meeting “Prospects of the 2022 Election’s Outcomes in Lebanon and their Fallouts”. 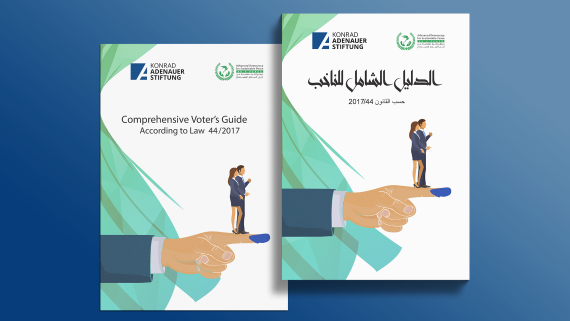 Konrad-Adenauer-Stiftung, Lebanon Office and Advanced Democracy for Sustainable Peace are publishing an updated version of the booklet “Comprehensive Voter’s Guide – According to Law 44/2017”. 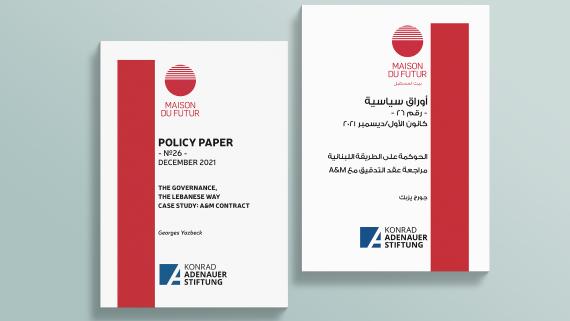 A Policy Paper by Konrad-Adenauer-Stiftung and Maison du Futur as an outcome of the roundtable held on the 3rd of December 2021. 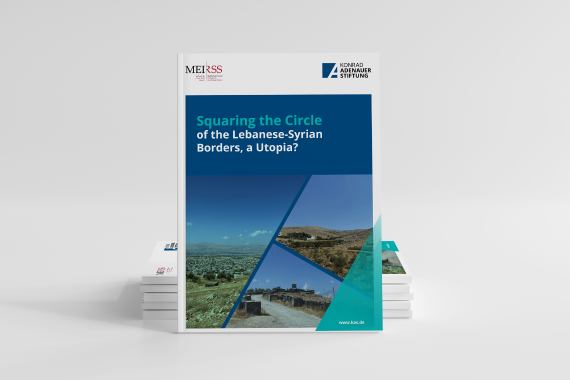 Squaring the Circle of the Lebanese-Syrian Borders, a Utopia?

A report by Middle East Institute for Research and Strategic Studies - MEIRSS and Konrad-Adenauer-Stiftung, Lebanon Office.

Since the declaration of independence of Syria and Lebanon, and the first tracing of the borders between the two countries, many issues have arisen around the accuracy, the reality, and respect of this borderline. Smuggling, illegal transitions, violations of military and political delimitations, and an ever-growing list of violations are reported daily at the borders. 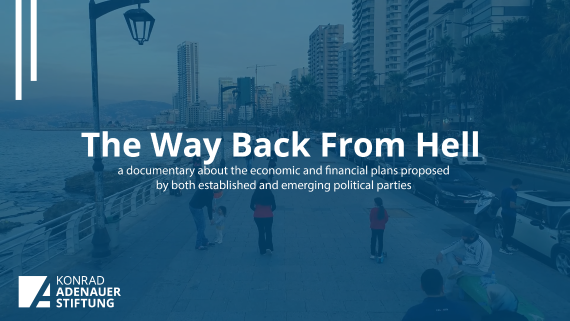 The Way Back from Hell - Documentary

With a political arena inhabited by political parties and civil society groups, Lebanon faces the need for a clear economic strategy to tackle the current crisis 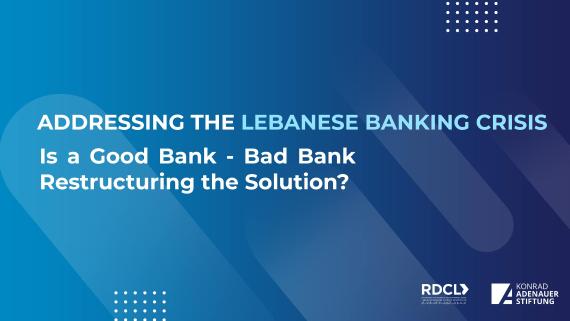 Is a Good Bank – Bad Bank Reconstructing the Solution? 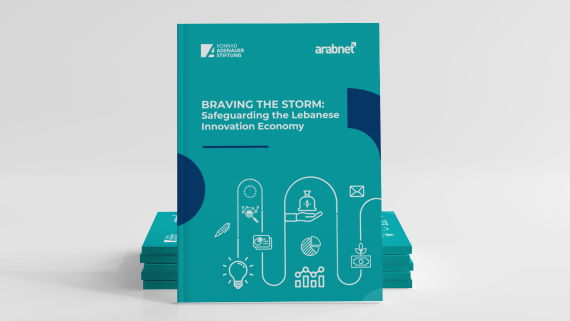 Since October 2019, Lebanon’s economy has entered a prolonged economic downturn, marked by a severe financial crisis, a collapse of infrastructure services, and a crippling political deadlock. In 2020 alone, Lebanon’s real GDP shrunk by 20.3%, while inflation averaged 84.3% in the same year. 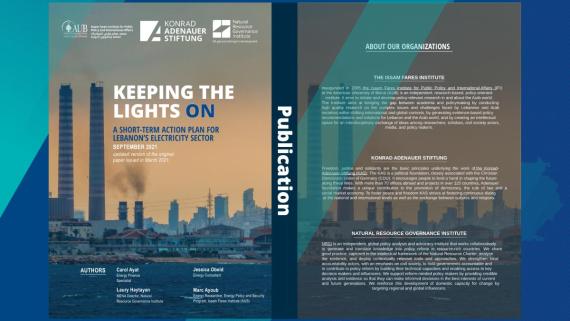 Lebanon is currently suffering from a confluence of deep crises combining economic, banking, financial, social, health crises which have resulted in a complete erosion of public confidence and trust and a meltdown of basic public services. However, the country is presented with an opportunity to build back better. A return to “business as usual” is no longer tolerated. 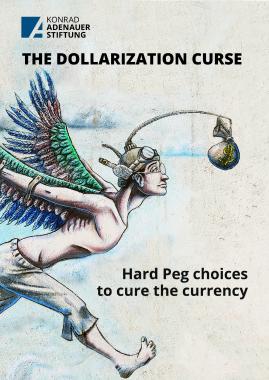 A report incorporating and building upon economic-empirical research that economists, including scientist at the International Monetary Fund (IMF) has undertaken on exchange rate regimes, forms and effect of each regime currency type. However, this report is not only theoretical-academic as it takes into account the globally unique, institutional and political specificities of Lebanon in the past 50 years. 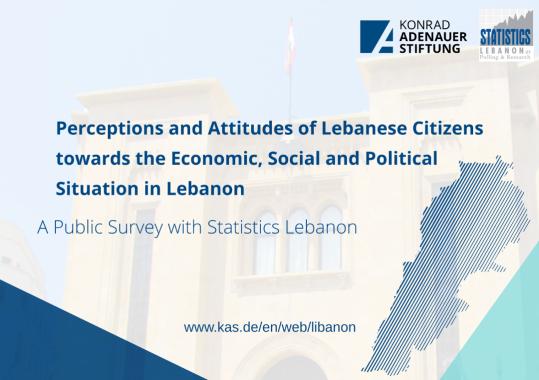 Perceptions and Attitudes of Lebanese Citizens Towards the Economic, Social and Political Situation in Lebanon

A Public Survey with Statistics Lebanon

A national public survey was conducted to study the perceptions and attitudes of Lebanese citizens towards the economic, social and political situation in Lebanon.