The Sykes-Picot Agreement – A Century Later

One hundred years after the signing of the agreement between France and Great Britain its implications for the Middle East were examined as well as the current situation of the region.

The assessment of Sykes-Picot which set the course for the partition of the declining Ottoman Empire after World War I is controversial. Many see the political borders that it created as one of the causes for the conflicts and wars that have haunted the region to this day.

The former president of Lebanon, Amine Gemayel from the Maison du Futur, and Peter Rimmele, resident representative of the Konrad Adenauer Foundation in Lebanon, introduced the conference with a welcoming address to the participants. After preliminary remarks on the historical context of the Sykes-Picot Agreement, Amine Gemayel shifted to more recent challenges. That is, to which extent the Arab states would able to find their own solutions for current conflicts and recover their independence – this time not from Western colonizers but from the Islamic and takfiri jihadism that strikes the region. In this matter, Gemayel also referred to an essential concern of Lebanon: not to be driven into the regional wars.

The conference was divided into six sessions. The first and the second session dealt with the historical context und raised the question “What if there was no Sykes Picot?” The speakers in these sessions agreed that Sykes-Picot needed to be understood as a process which happened in a global context of state building and transition. Hassan Mneimneh, director of the think tank Middle East Alternatives, emphasized that in the time the agreement was signed, there were claims for nation states within the public. Samy Gemayel in his contribution to the discussion underlined the serious consequences that the agreement had for the Kurdish people who were then displaced in several countries. According to Joseph Maila, professor of international relations at ESSEC, Paris, we have reached a time where we live with the historical determinations of Sykes-Picot. Maila located the Palestine conflict in the center of the contemporary problems of the Middle East.

The following sessions focused on the retrospect and prospects of the states that were affected by the Sykes-Picot Agreement: Syria and Lebanon, Jordan and Palestine as well as Iraq.

Amr el Azm, professor at Shawnee State University, rejected the view that the present-day instability of the Middles East was caused by the Sykes-Picot Agreement. In Jordan, whose borders were also determined by the agreement, a Jordanian national identity emerged and the country is politically stable. Whereas in Syria supranational identities (Arab nationalism, sectarian solidarities) have long been promoted while the emergence of a Syrian identity was oppressed. According to Amr el Azm, if Syria were to survive as a state, a Syrian identity must be established. During the discussion, there was an overall tendency to see the civil war in Syria as a regional issue in which countries such as Qatar, Russia, Saudi Arabia and Turkey would pursue their own interests.

The session on Iraq took place in light of the recent government crisis. Despite confessional divides in Iraq, the Inspector General of the Ministry of Foreign Affairs Raid Juhi Asaedi was convinced that the majority of the Iraqi population has an Iraqi identity. Along the same lines, former Iraqi Ambassador to the United States, Rend Al Rahim, pointed out that Iraq was not more artificial than other states – especially given the redrawing of state borders in Europe after World War II. With the exception of the Kurdish regions, the speakers of this session agreed that, if borders were to be reconsidered, this would perhaps concern the administrative borders within Iraq and not the national borders of the country. One issue that was also discussed several times during the sessions was the so-called Islamic State.

In the final session, the question of a “new Sykes-Picot” was raised. The speakers amongst others debated whether the Lebanese Taif Agreement and the power-sharing model could also work for Iraq and Syria or not – with varying results.

All in all, the two-day conference offered a transnational forum where the participants were not only able to reflect on the past but also to exchange views on the future of the Middle East. 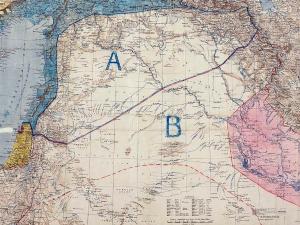 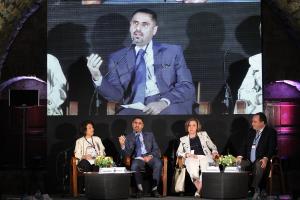 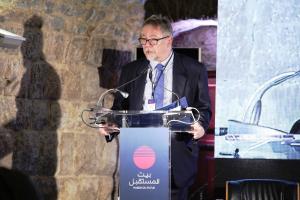 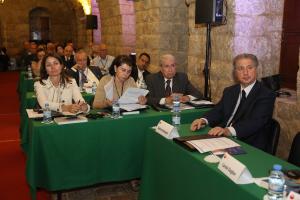