At the source of the refugee flows - Foundation Office Lebanon

At the source of the refugee flows

The first episode of our new report series “Lage.Bericht“ shows how precarious the situation for the local people is, but that there is still reason for hope.
November 25, 2015 Ordering Information

The civil war in Syria is inhuman and brutal. Lebanon alone, with its only four million inhabitants, has admitted 1.5 million refugees from its neighboring country. The local representatives of the Konrad Adenauer Stiftung are working towards keeping Lebanon stable and support its institutions in handling the crisis. They maintain a dialogue between Germany and the region in order to establish perspectives of resolving the conflicts, so that people will be no longer in necessity of fleeing their country. 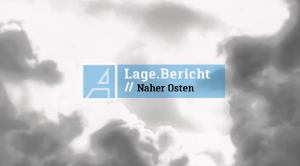