Conference on "Combating Extremism and Confronting Instability in the Middle East"

The Lebanese Forces Party and Konrad Adenauer Stiftung organized a conference entitled: "Combating Extremism and Confronting Instability in the Middle East” on Wednesday 22 July, 2015, at the Headquarters of the Lebanese Forces in Maarab.
July 30, 2015 Ordering Information 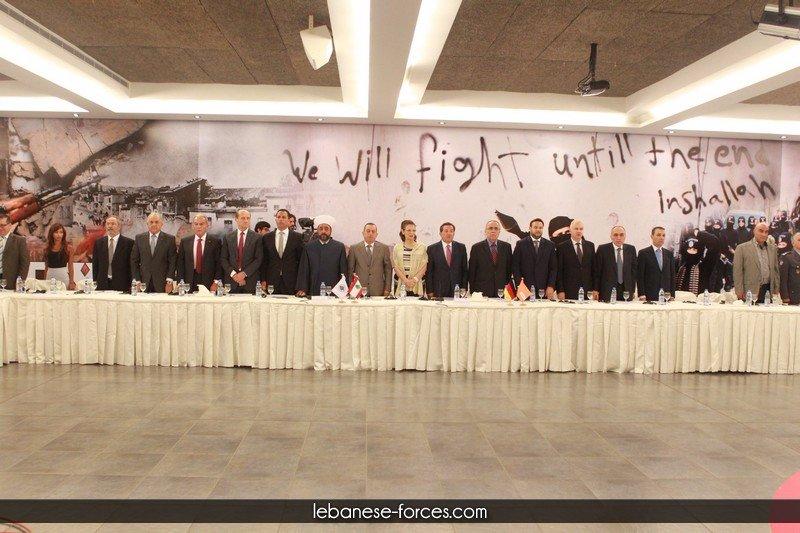 Some of the participants of the event 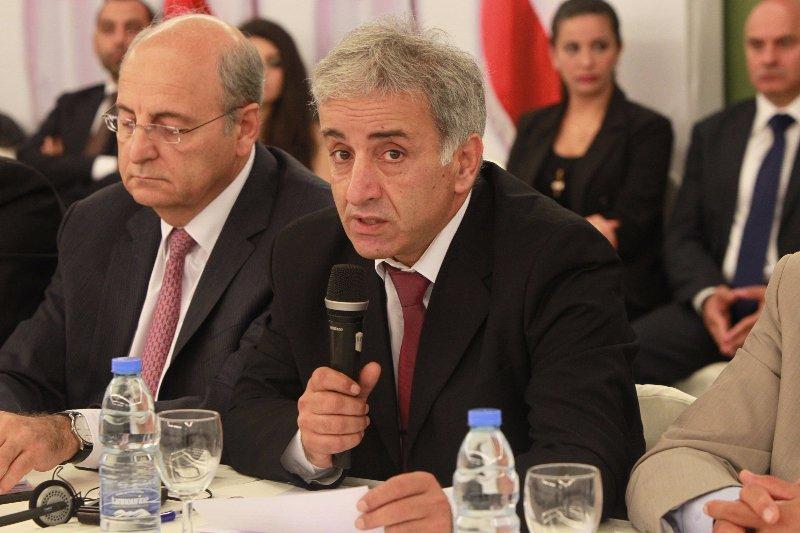 The moderator of the conference, Mr. Kamal Richa, director of Radio Orient Beirut and Paris 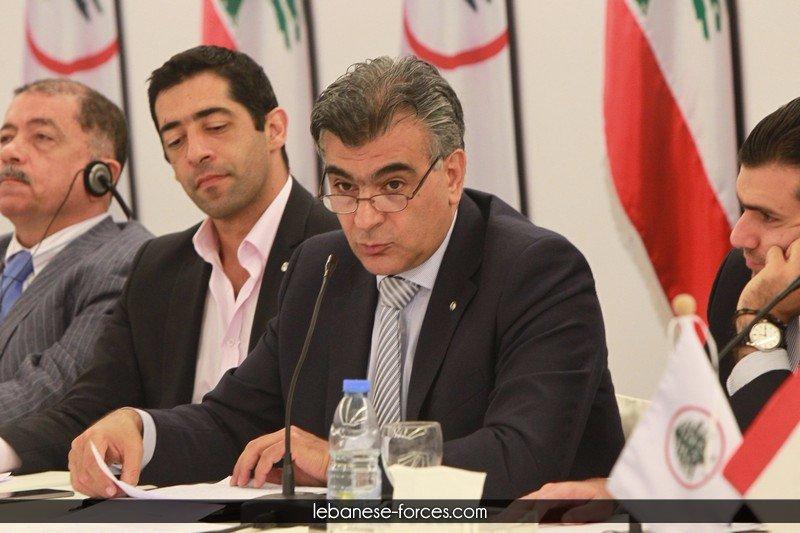 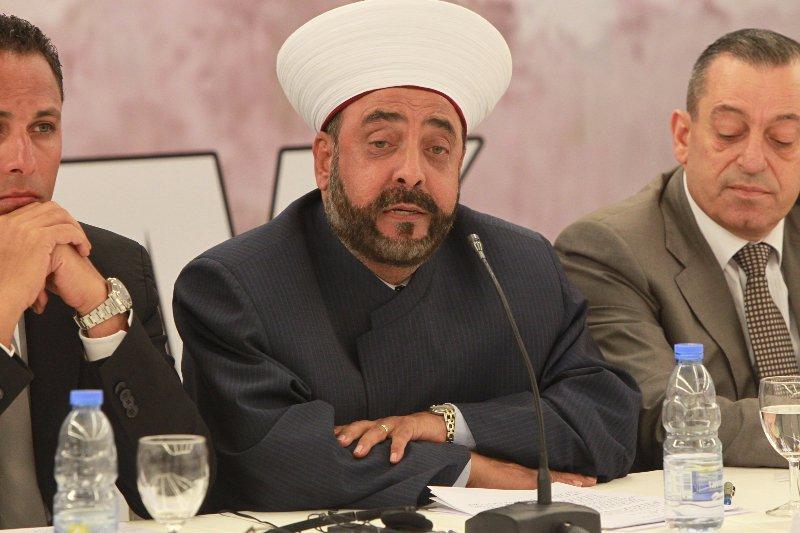 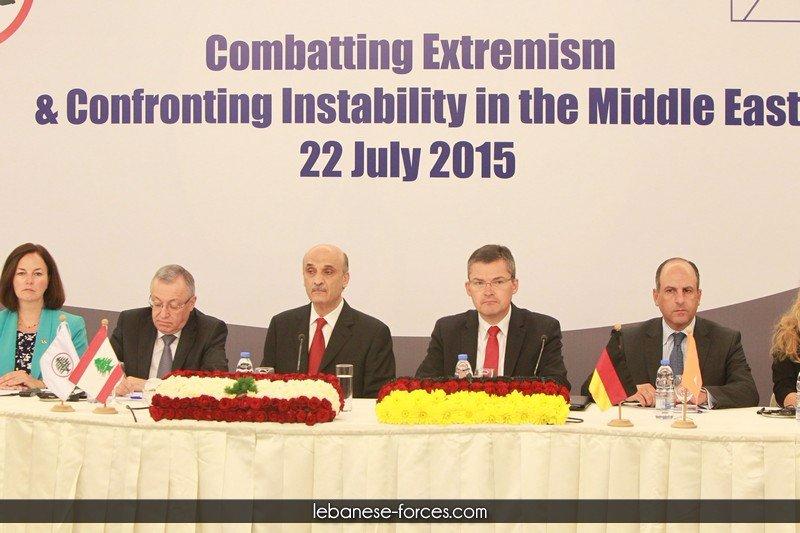 At a conference on Wednesday 22 July 2015, hosted by the Lebanese Forces Party and Konrad Adenauer Stiftung titled "Combating Extremism and Confronting Instability in the Middle East” over 80 participants, including former ministers, MPs, scholars, members of civil society, who discussed and analyzed the rise of extremism in the Middle East and its disastrous consequences regionally and internationally in the region and around the world. German member of the Bundestag MP Roderich Kiesewetter was also present to convey the German perspective. Among the themes highlighted at the conference were the following.

After his welcoming note, the president of the Lebanese Forces Dr. Samir Geagea concentrated on the phenomenon of the Islamic State and the reasons of its existence: "The different types of Daech observed since the twentieth century show that the Islamic State is not a recent phenomenon. Many factions have indeed exercised terrorism well before the Islamic State, except that the latter does it so openly". He thus stated that terrorism is only visible when chaos prevails. The link between chaos and terrorism seems clear in Syria as he noted that “we cannot defeat the Islamic state as long as the situation in Syria remains as it is ". At the end of his speech, Dr. Geagea urged the concerned governments to take into consideration the Iraqi and Syrian realities in order to develop and implement a permanent solution to terrorism and extremism and break the vicious circle we find ourselves in.

The minister of telecommunications Boutros Harb stressed on the crucial role of state institutions in combatting extremism and questioned if the Lebanese are still committed to the values of democracy, self-determination and stability, which undeniably gives them the force to combat extremism. He urged the Lebanese society to confront the current political reality and face the rising national challenges. He affirmed that relying on the constitution and the rule of law will allow the Lebanese to prevent the fall of the nation-state and its institutions and consequently be strong enough to face terrorism and extremism.

Bassem Shabb, Member of the Lebanese Parliament, asserted that the Arab Spring exacerbated the sectarian strife in the region and led to Shia and Sunni radicalization and finally put its toll on minorities and mainly the Christians in the Middle East. He then looked at the imminent threat of the ISIS, describing it as “regional problem with global implications” and added that Lebanon, with its divided sectarian society and over 1.5 million refugees has so far been able to escape the rampage and hence explained this success with the long history of resilience of the Lebanese society, the tolerance and inclusiveness of the communities, the stable economy (looking at the GDP parameter), its good educational system and the role of public institutions, most importantly the Lebanese Army. Shabb added that moderate politicians have also been important actors in defusing tensions among sectarian communities in Lebanon.

Former minister Selim Sayegh looked at the issue of modernity containing both facets of moderation and extremism, stating that the roots of extremism are found in the modern man and thus are present in all organized communities; nevertheless resistance to extremism is universal. In the midst of the spectrum of moderation and extremism, the state system has failed to prevent the latter by repeatedly fighting and “territorizing terrorism” (i.e. the Middle East). He ended with recommendations to address the root causes of terrorism principally urging the public to rethink and reconsider dialogue, individual freedoms, moderation, human rights and democracy.

Sheikh Khaldoun Oraymat, former Secretary-General of the Supreme Islamic Council and Head of Dar el Fatwa health center came to present a more theological and religious perspective to the issue of extremism. Many of the countries in the region, such as Palestine, Syria, Iraq, Yemen and Libya are victims of a global political planning and currently to the ISIS plan of extremism and terrorism. He added that religion is being used to feed extremism and religious extremism is hence the worst kind of extremism. He stressed on the importance of unifying the “mercy of the Muslims” and the “love of the Christians” to combat extremism and terrorism.

Another Cleric, president of the Association of Lebanese Scholars, Sheikh Abbas El Jawhary pointed out that poverty, unemployment and despotism nurture extremism and stressed that tyranny and extremism are two facets of the same coin. The West is not being transparent in regards to democracy, especially when it comes to the will to propagate democratic values in the East or to keep them away from it. The religious discourse is being used in a poor way, the interpretation of the Coran can either be an invitation to peace or an invitation to war and the latter is what is being currently used by the ISIS and hence everyone is invited to start in a humanistic reading of the Coran.

General-Brigadier Naji Malaeb from the Institute for Near East and Gulf Military Analysis (INEGMA), in his effort to reveal the double standard in political decision-making, he pointed out the impossibility to stop the propagation of the terrorist organization of the Islamic State through the channels of the rule of law and in the same time fight against the same organization. The efforts to combat extremism are always adopting a sectarian stance and thus General-Brigadier Malaeb affirmed that a unified military force is needed to fight extremism, one that does not depend on terrorism, but instead targets strategic objectives.

Finally, Member of the Bundestag, speaker of the Parliamentary Group CDU-CSU in the Foreign Affairs Committee and Deputy Chairman of the Sub-Committee for Disarmament, Arms Control and Non-Proliferation , came to state the German point of view and asserted that terrorism is a common threat that challenges the European Union and reflects the interdependency of the security policy when it comes to values of human rights and policies of migration and hence the boundaries of foreign policy and international cooperation are intertwined with the domestic policy of Germany. He stressed on the need to have a comprehensive approach to cope with the current political challenges and concentrate on the mutual interests of Germany and Lebanon that are both affected by the consequences of the Syrian Crisis and the rise of extremism, the latter more directly than the former. He also pointed out that regional cooperation and burden-sharing is crucial to brace stability in the region. Kiesewetter affirmed that military intervention is only acceptable when it is followed by reconciliation and reconstruction. Moreover, he asserted that flexibility in foreign policy, less bureaucracy and deeper regional coordination, as well as with the European countries are crucial in our joint efforts to face extremism and convey peace in the region.