The State in the Service of Citizens

The Konrad Adenauer Foundation in Lebanon, in partnership with the Lebanese Forces Party and the Cedars Institute, has organized a workshop and conference on the Electronic Government in Lebanon on the 4th of February, 2016.
February 11, 2016 Ordering Information 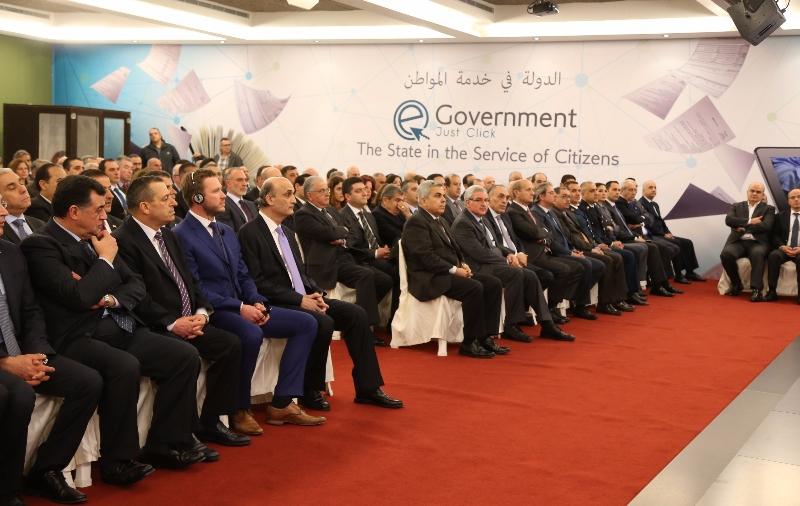 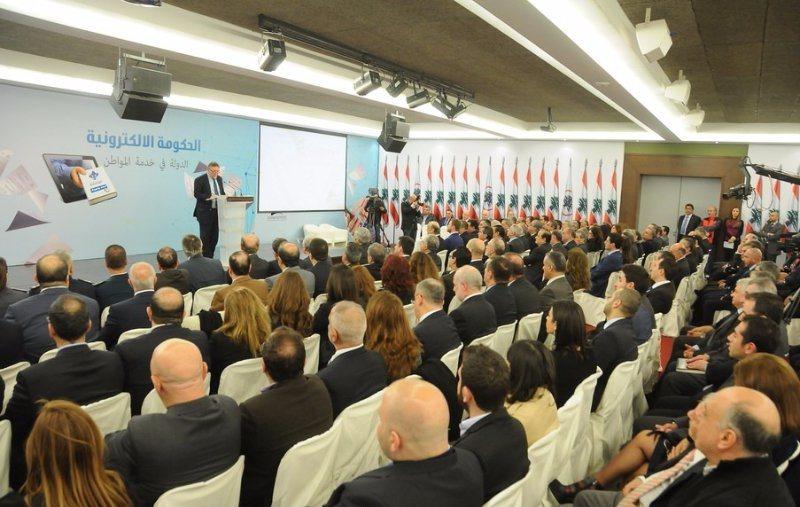 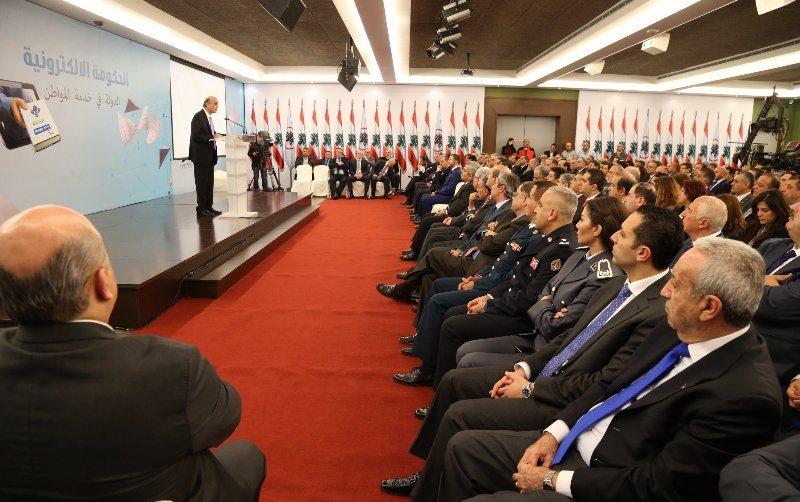 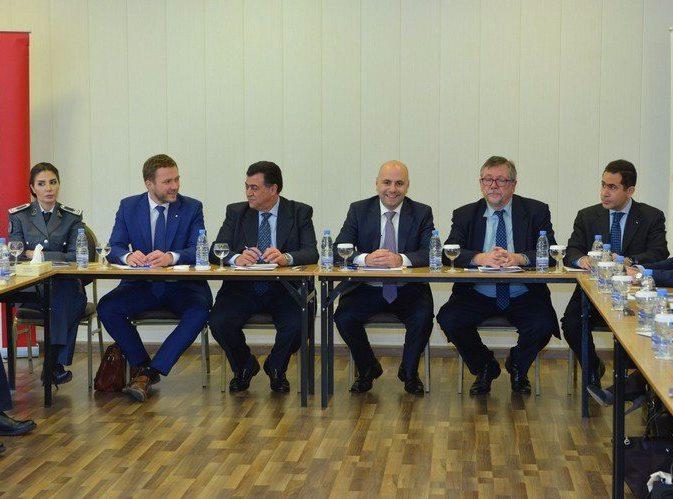 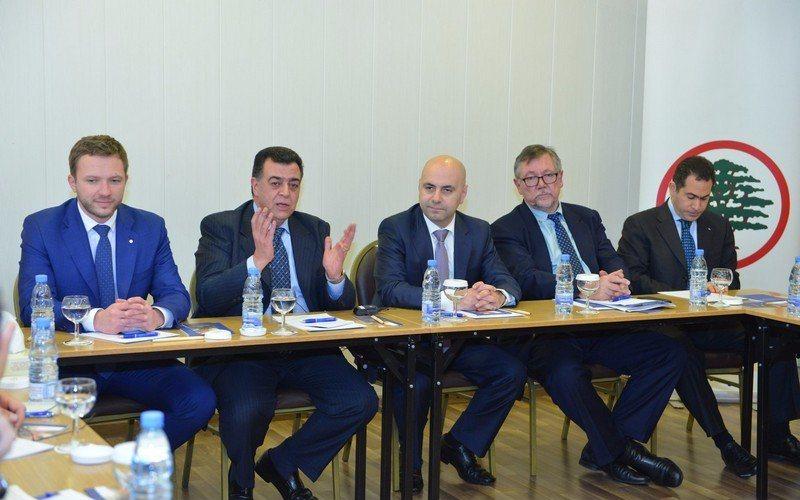 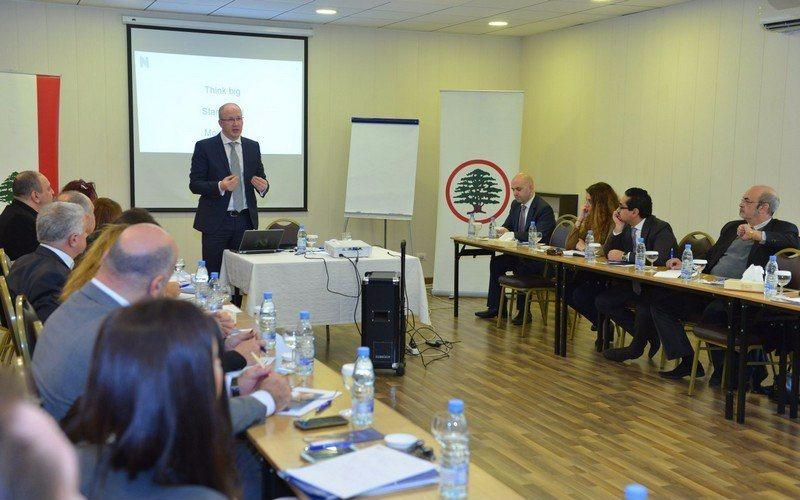 Mr. Priit Alamae, CEO of Nortal, delivering his presentation on e-Estonia and its success stories 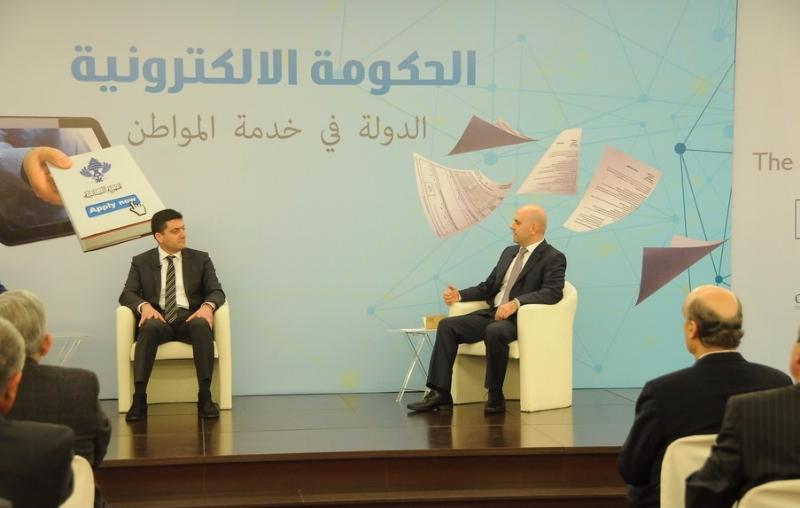 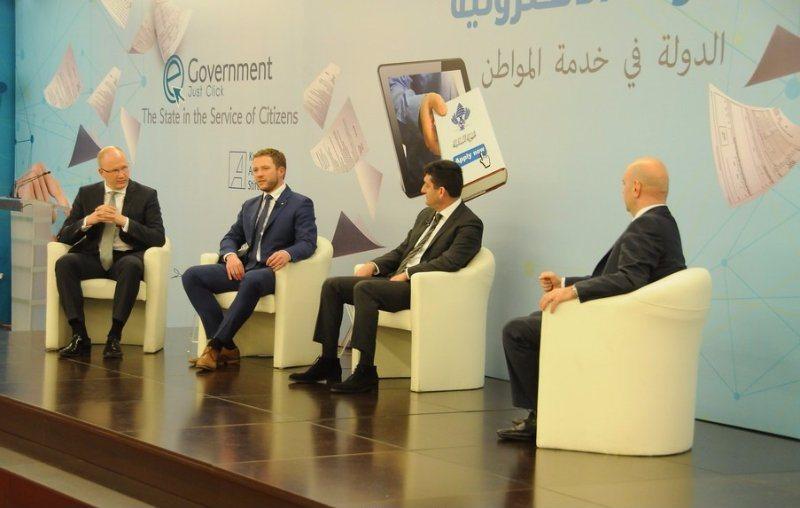 The last decade has witnessed growing use of new information and communications technologies designed to strengthen good governance and deepen democracy around the world. In our era of digital globalization, many researchers, academicians and practitioners have been increasingly studying the efficiency of e-governance and its impact on democracy, transparency and political participation.

In the same line of thought, the Konrad Adenauer Foundation, in partnership with the Lebanese Forces Party and the Cedars Institute, initiated a workshop and a conference to discuss the potential of e-governance, the various opportunities and challenges related to its implementation in Lebanon and lessons learned from the Estonian experience, as the Minister of Social Protection and the Deputy Prime Minister of Estonia, HE Margus Tsahkna and CEO of “Nortal, one of the largest and leading software development companies in the Baltic states , Mr. Priit Alamae were also present to lead the discussion about the Estonian experience and discuss recommendations for the successful implmentation of e-governance.

A technical workshop at Bethania Hotel gathered a group of local experts from various organizations and governmental entities, all concerned with the introduction of public services into the electronic infrastructure of Lebanon. Mr. Priit Alamae first presented the experience of e-Estonia, shedding the light on its efficiency in carrying the bureaucratic work in a faster, more effective and transparent manner. Interestingly, he pointed on the relation between technology and policy, saying that “evolution in technology should force into changes in policy making and legislation, while policy decisions should force changes in technology adoption”. After his presentation, the experts divided themselves into groups to participate in 3 breakout sessions in order to discuss more thoroughly issues pertaining to the legal framework for e-governance in Lebanon, the priority projects and last, the funding opportunities to carry out their implementation.

In sum, the findings of the breakout sessions were discussed with all the participants and the main outcomes were as follows. First, in regard to the legal framework, the draft law relative to e-governance is awaiting the parliament’s approval and needs to be constantly followed up and the best structure for legal implementation is to have a framework law that allows the enactment of decrees and responsibilities on a later basis. In terms of e-governance projects that are intended to have the strongest impact with a relative ease of implementation, the main priorities focused on e-identity and e-signature, secure data exchange, e-payment, business transactions, tax processing, e-mokhtar and social security. At last, the funding opportunities revealed to be easier for the electronic infrastructure than the projects in particular; the World Bank, Arab funds and the EU program are the main funding counterparts but more outlets have to be considered, especially through a revenue-sharing model or auto-financing within the Lebanese government.

Afterwards, the participants of the workshop moved towards the headquarters of the Lebanese Forces Party in Maarab, where they joined a mass of government officials, representatives from various ministries, international and local organizations, as well as members of private institutions and companies. The conference was opened by the resident representative of the Konrad Adenauer Foundation in Lebanon, Mr. Peter Rimmele, who stressed that e –government is increasingly becoming a tool to address issues of efficiency, accountability and transparency of public services. Nevertheless, those initiatives cannot cure all the structural and bureaucratic challenges in the public sector, but can help improve critical variables. Hence, the issue of e-governance remains a process under development that should be tied to broader reforms of the public sector. The head of the Lebanese Forces Party, Samir Geagea also welcomed the attendees and restated the importance of e-government and peddled it as a solution to the corruption and bureaucratic red- tape in Lebanon, adding that it proved to be successful in countries such as Estonia and Germany.

Later, the director of the Cedars Institute, Mr. Ghassan Hasbani moderated a panel discussion with HE Margus Tsahkna, Mr. Priit Alamae, joined by the senior advisor and engineer Mr. Wassim Abi Saab, representing HE Nabil de Freige, the minister of state for administrative reform in Lebanon.

The participants of the panel reiterated the main findings of the workshop conducted the same afternoon. The Estonian representatives drew upon the main successes of the e-governance system in their country (such as e-identity and e-residency), discussed its added value, especially in increasing political participation through e-voting and reinstating the trust of the government among the citizens. Nevertheless, they both restated that the political will is very crucial to ensure its implementation in the country. Mr. Wassim Abi Saab presented the main challenges that Lebanon faces within two categories; the first one pertaining to infrastructure and the second concerning platform/human resources. Hence, he stressed that a single platform is needed to englobe all the efforts in the field of e-governance to bring all political collations and stakeholders to come together and work for the advantage and benefit of the country and its citizens.