European Elections and Beyond: Challenges and Opportunities for the EU in the MENA Region
May 26, 2019 Ordering Information 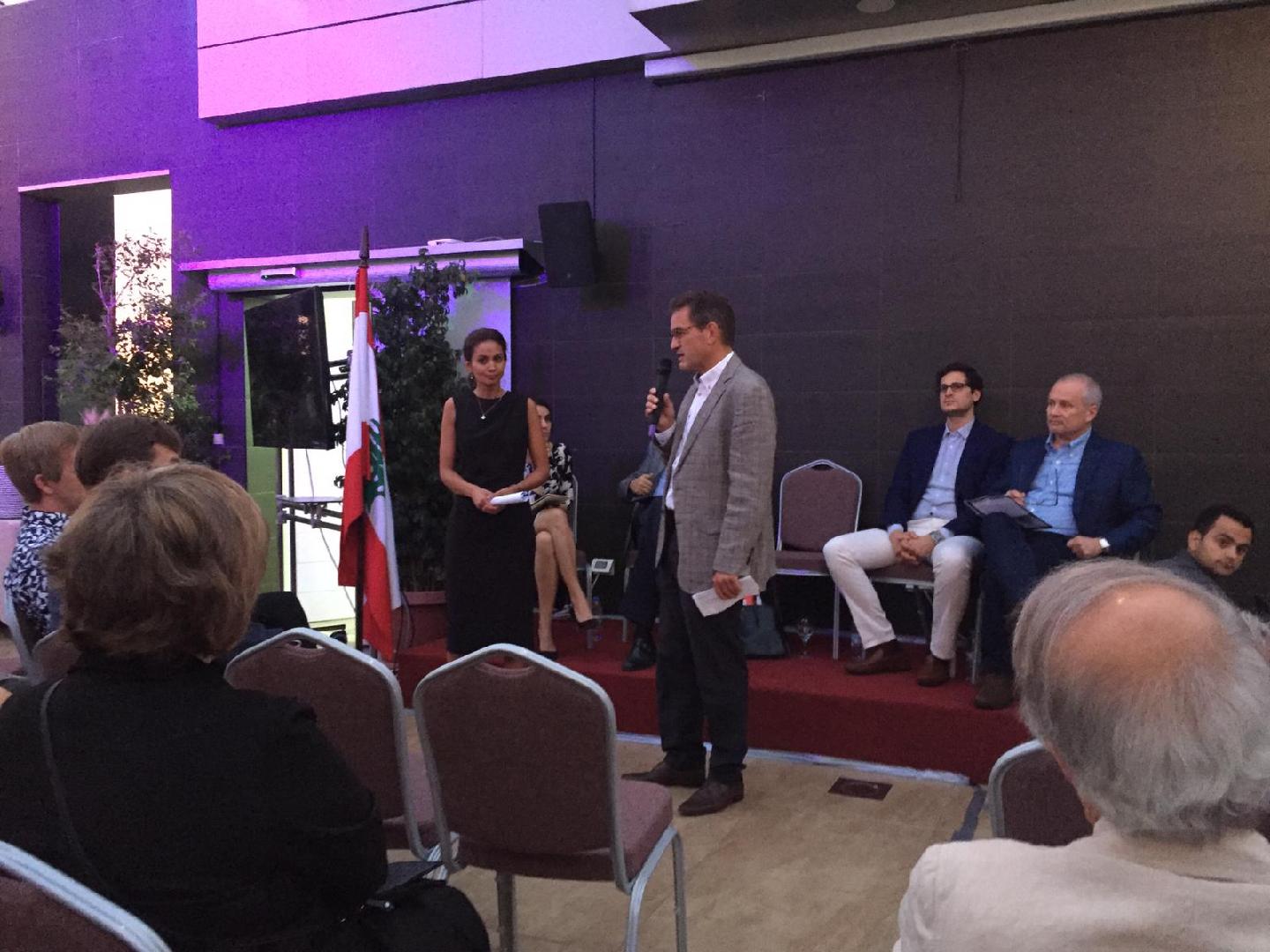 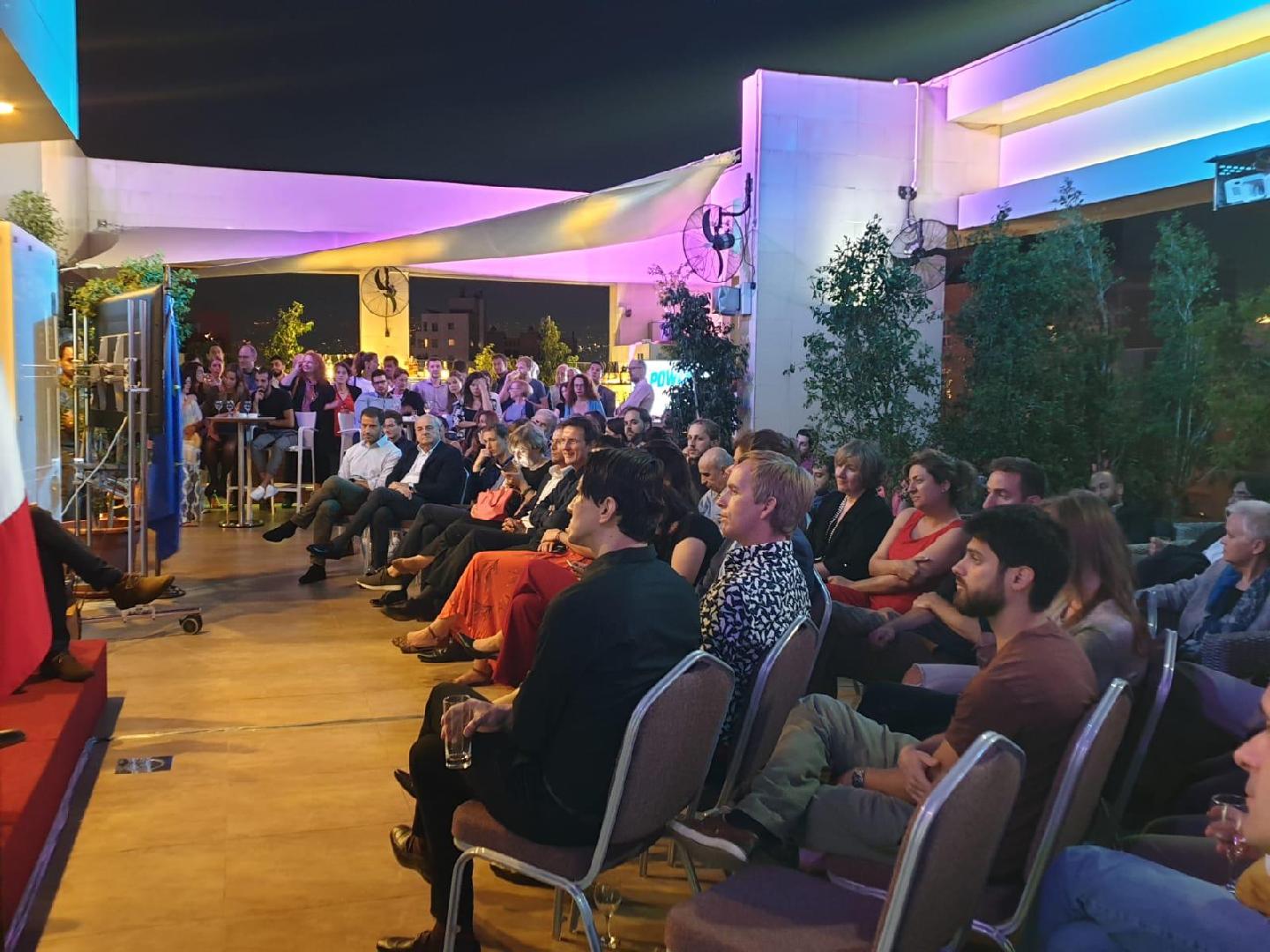 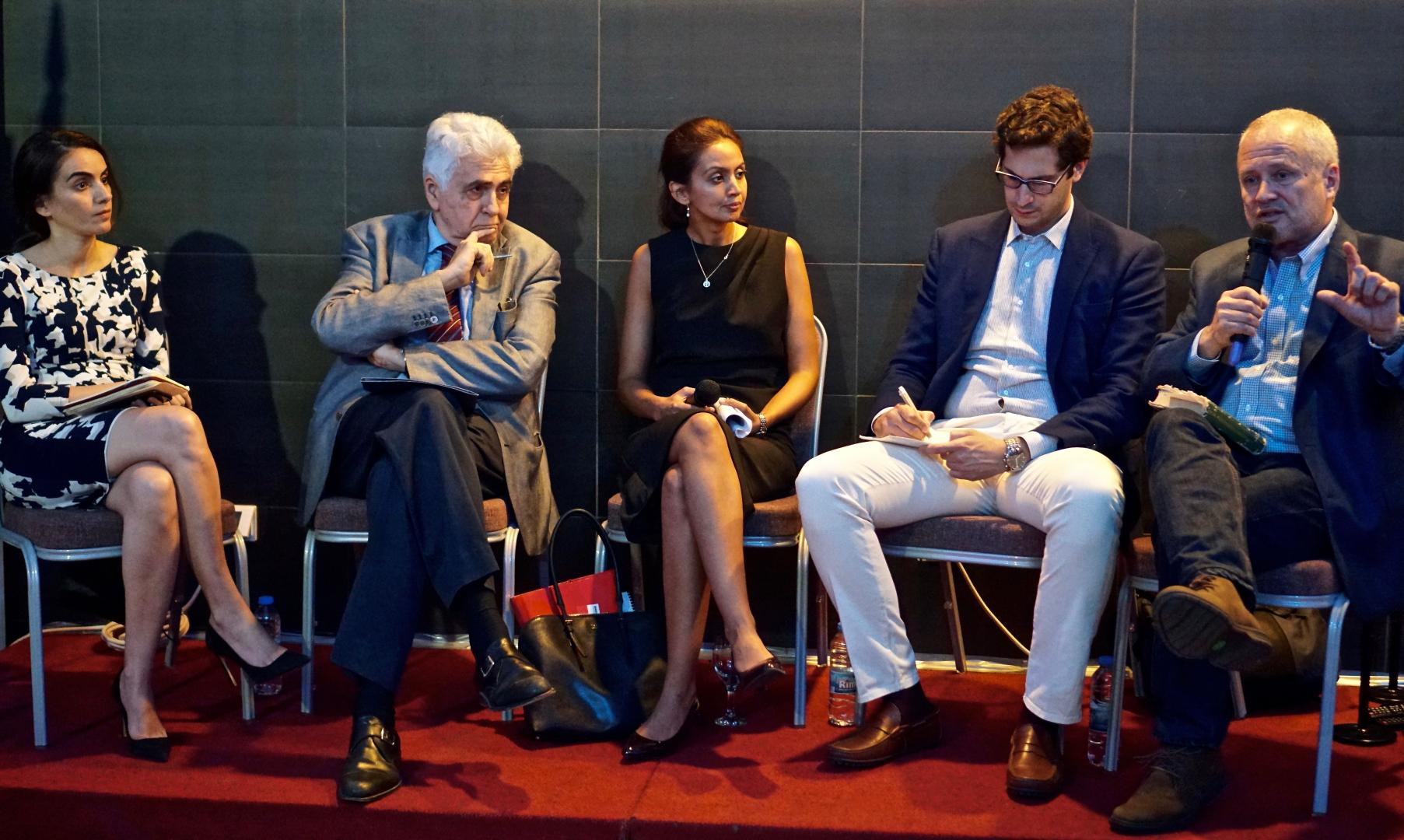 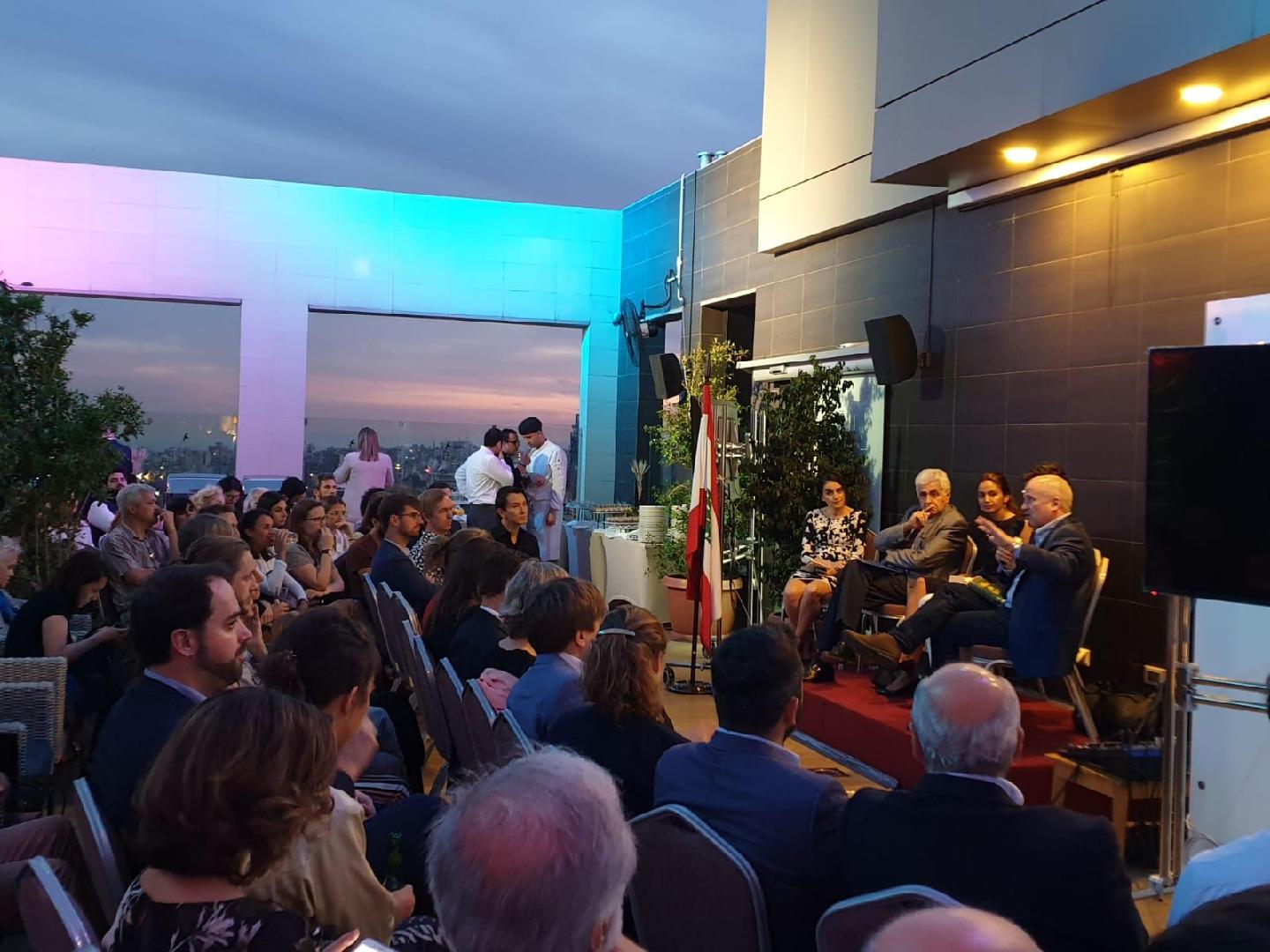 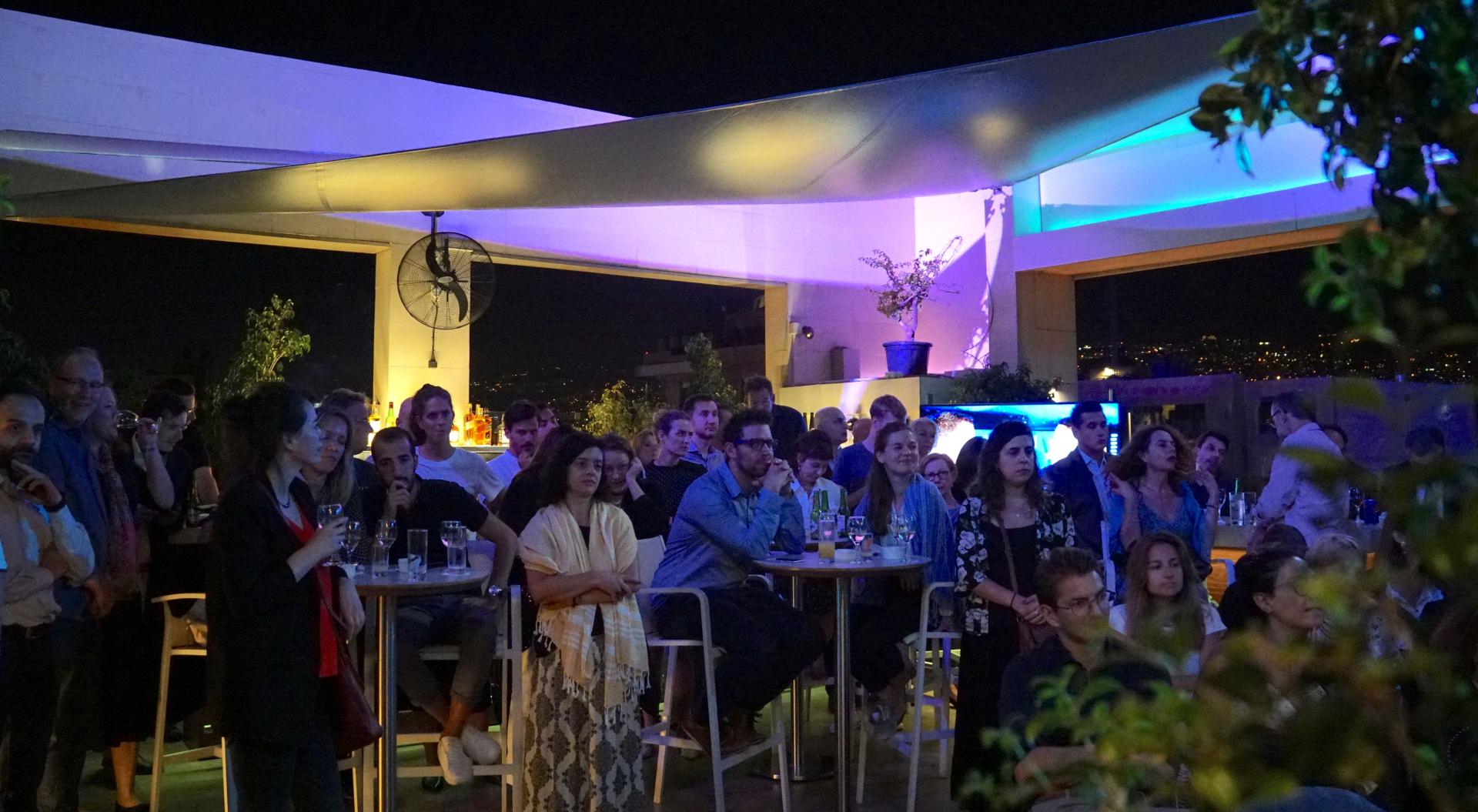 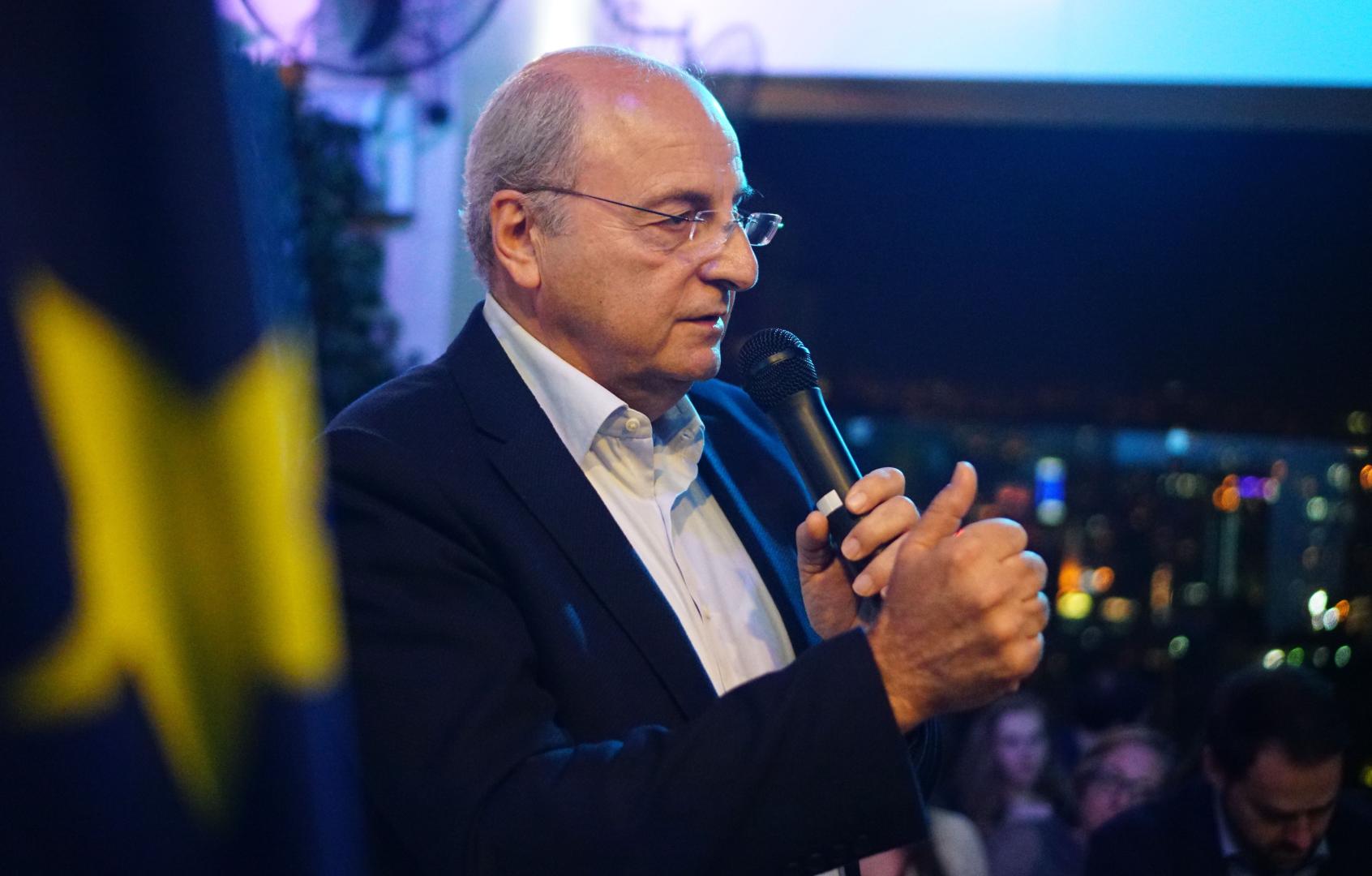 On the occasion of the European Elections 2019 on May 26th, the Konrad Adenauer Foundation in cooperation with other German political foundations, the Deutscher Akademischer Austauschdienst (DAAD), the Goethe Institute and the Orient-Institut Beirut, joined forces in support of Europe and hosted an election night – the only of its kind in Lebanon.

Over 170 people gathered on the rooftop of the Citea Hotel to awaiting the roll-in of the results of this unique democratic show, the biggest multi-country election in the world. The evening was opened by German Ambassador H.E. Dr. Georg Birgelen, and continued with a panel debate on “European Elections and Beyond: Challenges and Opportunities for the EU in the MENA Region”. The panelists shed light on the development of populism, the EU’s role in the MENA region and EU-Lebanese relations. There was a general agreement on the positive impact of Europe as flagship for a normative actor in international relations and a stabilizing force in the Middle East. Acknowledging room for further improvement, different arguments were made on how the EU could enhance a constructive strategy in the region. Professor Eugene Sensenig gave the first impulse by shedding light on the development of populism. He emphasized that by looking at new populism we must distinguish between real issues that are confronting voters throughout Europe (employment, cultural alienation, responsiveness of the elites) and ‘fake’ issues (migration, the ‘threat of Islam’). Former Ambassador of the Arab League Nassif Hitti explored the EU’s role in the Middle East: a role that is often translated to be a stabilizing one, but is lacking a comprehensive strategy. While the EU is by far the largest donor in the region, it struggles to use this leverage politically. Dr. Diana Kallas complemented the panel by looking at the case of EU-Lebanon relations. She underlined the EU’s positive role, endorsing principles and values such as the rule of law, human rights and free speech. She also raised the issue that donors like the EU should pay closer attention to not reinforce current power structures in Lebanon.  The floor then opened for contributions from the guests. After these enriching impulses, the event continued with a live streaming of the incoming results and an engaged and informal debate between the guests.

The EU elections received the highest voter turnout in 20 years. Much was at stake: with the raise of right-wing, Euro-sceptic parties and a shift of the political balance in the European Parliament– a trend that bears implications for EU’s foreign policy in the Middle East. The European Peoples Party came out as the strongest faction of the elections, but the results translated into a more fragmented parliament.