The Konrad-Adenauer-Stiftung organized together with Lebanese Association for Mediation and Conciliation (LAMAC) two conflict resolution and mediation trainings (basic and advanced) for 25 officers of various units of the Lebanese Armed Forces (LAF) for ten days under the patronage of the LAF’s Department of Civil-Military Cooperation (CIMIC – newly established in 2015).
February 19, 2018 Ordering Information 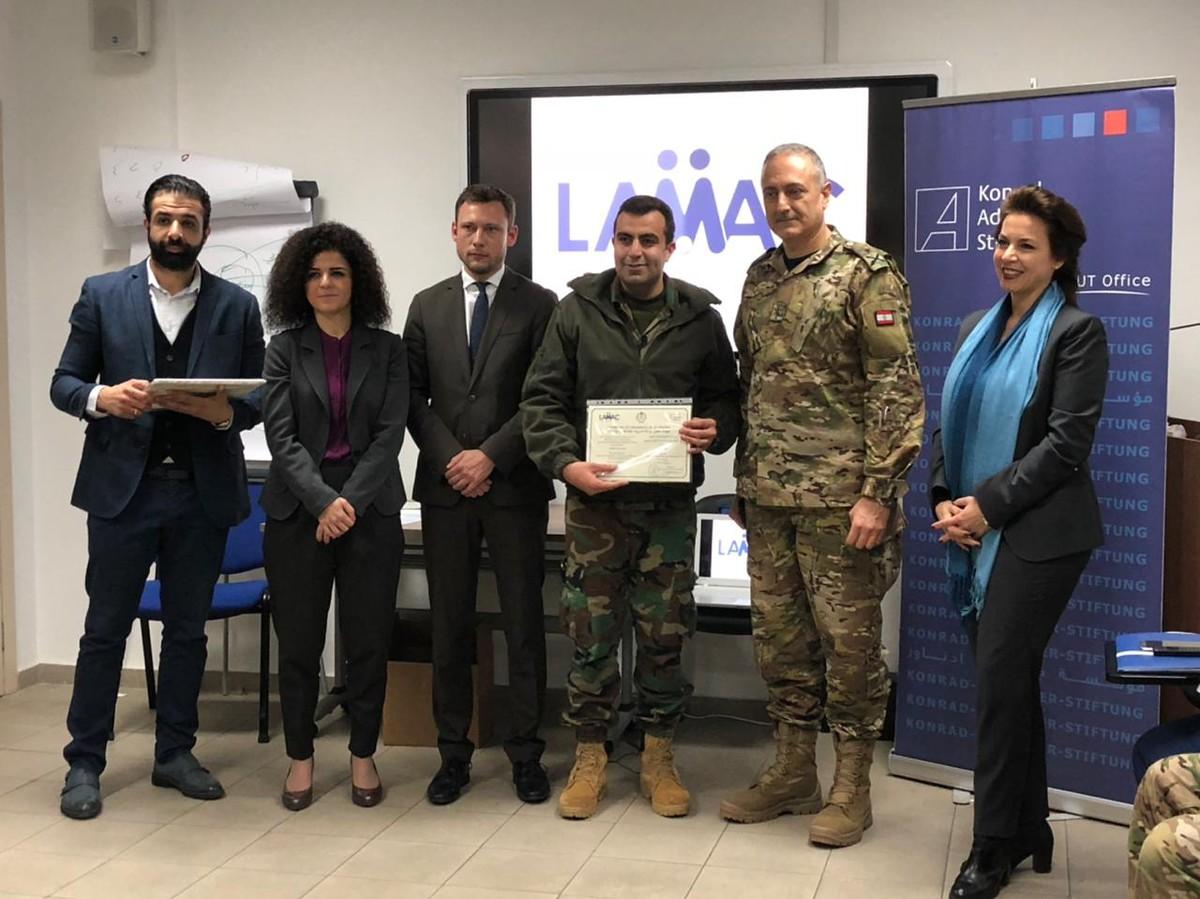 Lebanon still finds itself in an ongoing tense regional surrounding and is also confronted with continuous internal challenges, such as hosting more than one million refugees from Syria and a changing political environment. The training aims at building up the capacity of the Lebanese Army members with regard to positive and pacific communication and internalizing the skills of mediation as a part of their culture and their daily behavior. Mediation will thus provide a new vision and an appropriate dispute resolution method instead of applying a forcing or violent way.

Beginning of November 2017 and beginning of February 2018, the Konrad-Adenauer-Stiftung and LAMAC organized a basic then an advanced workshop on conflict resolution via Mediation for Lebanese Army officers. During the two workshops the officers learned and practiced new mediation techniques and deepened and anchored what they have learned in the basic workshop. The further aim of the workshop was to enable the Lebanese Army through the practice of non-violent communication techniques to prevent and solve conflicts in an effective way and to support civil-military cooperation within the Lebanese Army.

By supporting the Lebanese Army, the Konrad-Adenauer-Stiftung in Beirut is honoring the commitment of Germany to support Lebanon and its institutions and to further deepen the dialogue and the partnership with the country permitting thus a better understanding of the role of the Lebanese Army towards the civilians in Lebanon.