On the 5th of December 2017 the Konrad-Adenauer-Stiftung and the Lebanese German Business Council (LGBC) held a panel discussion on tax increases in Lebanon 2017. The discussion between journalist Adnan al-Hajj and economic expert of the Ministry for Economics and Trade Razi El Hage was moderated by Rita Chamoun of Voix du Liban.
December 10, 2017 Ordering Information 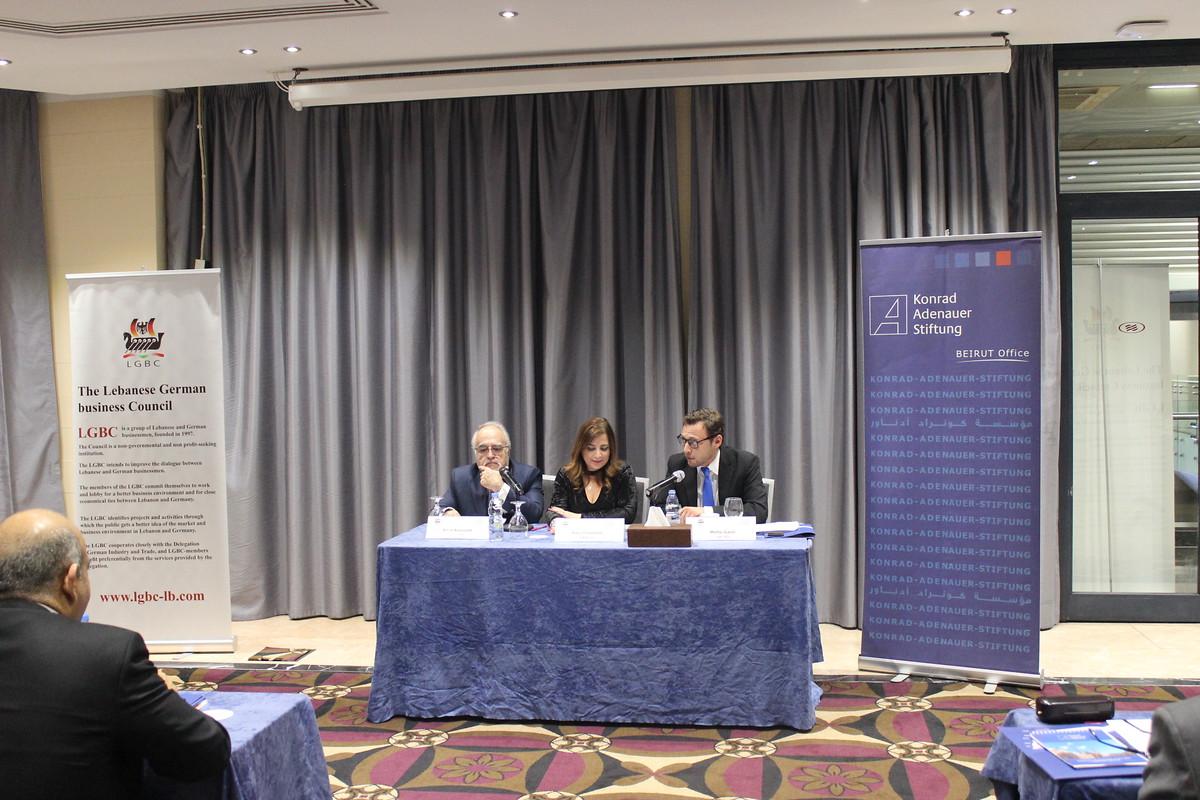 The background of the event was the tax increases passed by Parliament in October 2017, which were intended to cover salary increases for government employees. After the inputs by Adnan al-Hajj and Razi El Hage, a discussion unfolded about linking the tax increases with the salary increase of state employees. In particular, the participants criticized the fact that the tax increases were not used for state services or the promotion of the economy, but served exclusively to increase wages. In particular, with an estimated growth rate of between 1.5 and 2 percent for Lebanon in 2017, as forecast by the World Bank and the International Monetary Fund estimate, investing in the economy would be a way to boost the Lebanese economy. In addition, the tax increases particularly affected low and middle income groups and not the upper income group as planned by the politicians.