Conference on the security situation in the Middle East

On 25th and 26th of May 2018, KAS and Maison du Futur - in cooperation with the Fares Center for Eastern Mediterranean Studies, the UQAM Center and the Municipality of Bikfaya - organized their annual conference on “Security amidst Dissolution” in Bikfaya. The conference offered a platform to discuss the security situation in the wider Middle Eastern region to various renowned experts from various countries and more than 200 guests.
June 5, 2018 Ordering Information 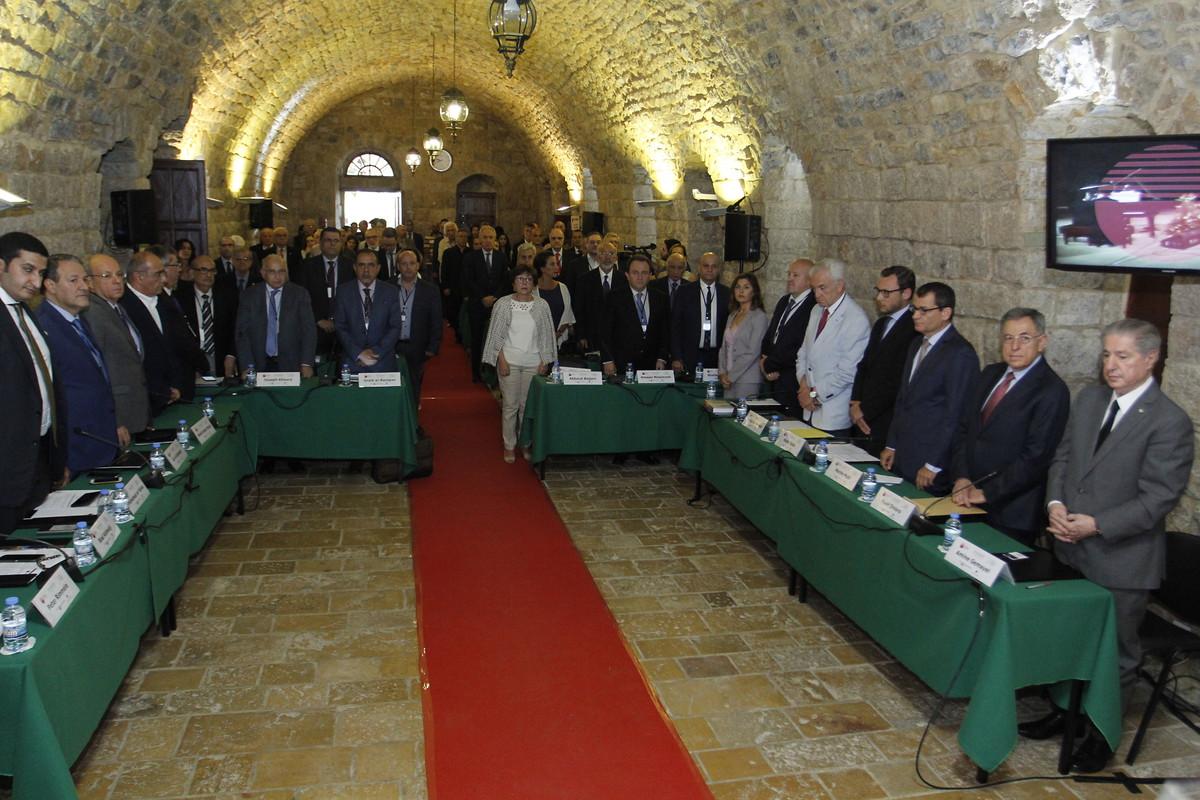 The participants were welcomed by former President Amine Gemayel and former Prime Minister Fouad Siniora, as well as by the Resident Representative of the KAS in Lebanon, Dr. Malte Gaier, and the German Ambassador Martin Huth.

During the two days of the conference experts and scholars from Lebanon, Europe, USA, Russia and Iran discussed the various issues that shape the current security arrangements in the Middle East. In the last years those arrangements have been characterized by escalating conflicts and tensions between different factions. Thus, a restoration of stable order in the Middle East has become less feasible. The conference had the aim to analyze this process of fragmentation of the region into various rival groups and to address the collapse of political systems and its impact on numerous policy fields.

According to this aim, the program was divided into five sessions, each planned as a moderated discussion between the experts and the audience after the initial statements of each expert. The first session tackled the multi-layered fragmentation phenomena, including the presence of Professor Russel Berman from Stanford University. The second session, moderated by former KAS Representative Peter Rimmele examined the impact of the rule of militias and state dissolution on security, while in the third session case studies from Lebanon, Iraq, Syria and the Gulf States were presented. On the second day of the conference two sessions were held. The debate on the role of regional and international actors in increasing or reversing the fragmentation process included statements by Seyed Mousavian, research scholar at Princeton University. Finally the conclusions and insights of the previous sessions were wrapped up in a last panel in order to identify possible scenarios in the Middle East.

“Security Amidst Dissolution” was part of a series of annual conferences on geopolitical issues organized by the Konrad-Adenauer-Foundation and Maison du Futur.