The Foreign Policy of Lebanon: Building Neutrality in the 21st Century

On Tuesday, 24.09.2019, the Konrad Adenauer Foundation in cooperation with the International Relations Bureau of the Lebanese Kataeb Party organized a conference in the Phoenicia Hotel Beirut entitled “The Foreign Policy of Lebanon: Building Neutrality in the 21st Century”. MP Samy Gemayel, the President of the Kataeb Party, Dr. Malte Gaier, Resident Representative to Konrad Adenauer Foundation in Lebanon, and Mrs. Joelle Bou Abboud, Member of the Political Bureau, opened the conference which continued with two in-depth expert panels.
September 24, 2019 Ordering Information 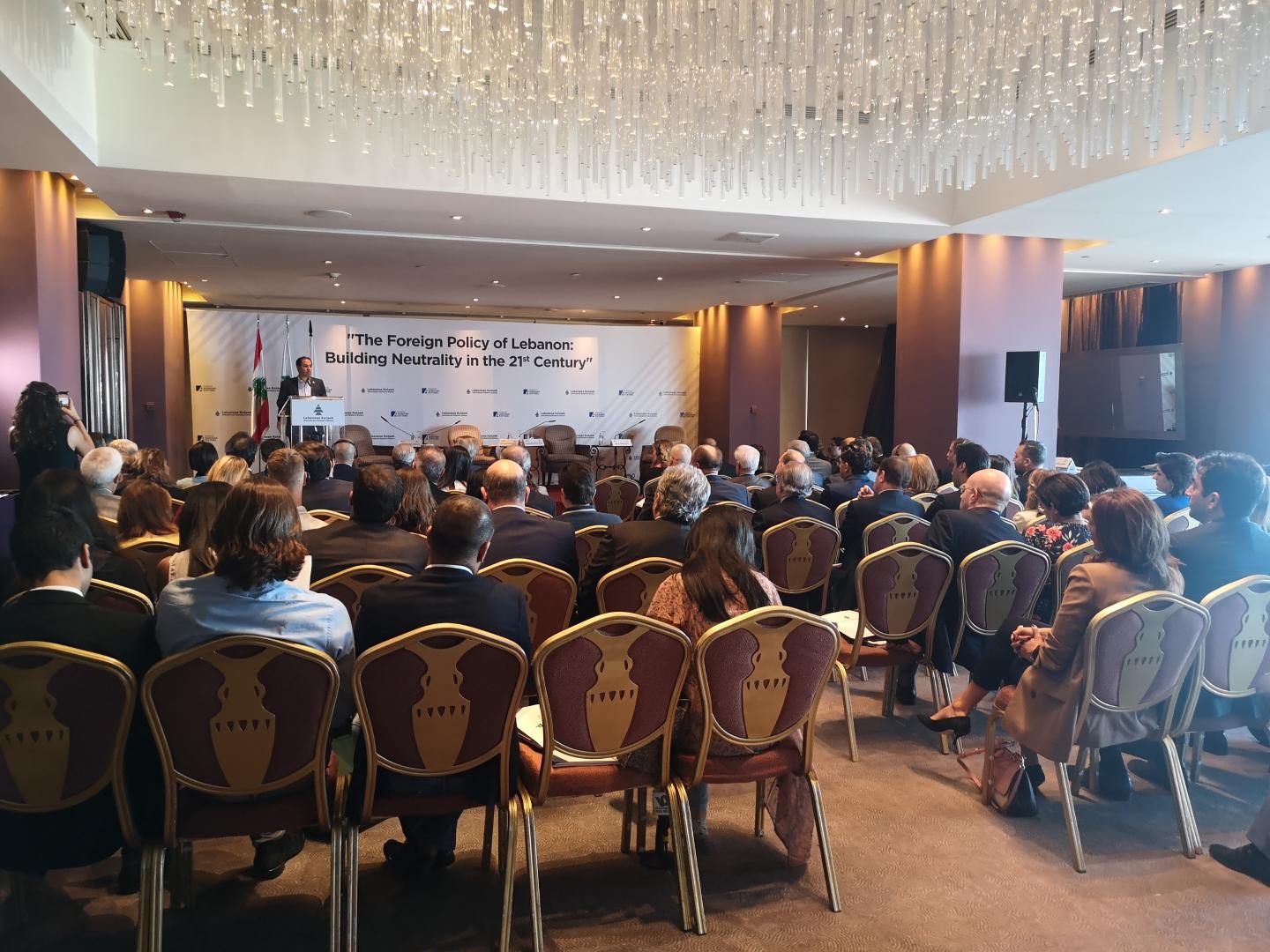 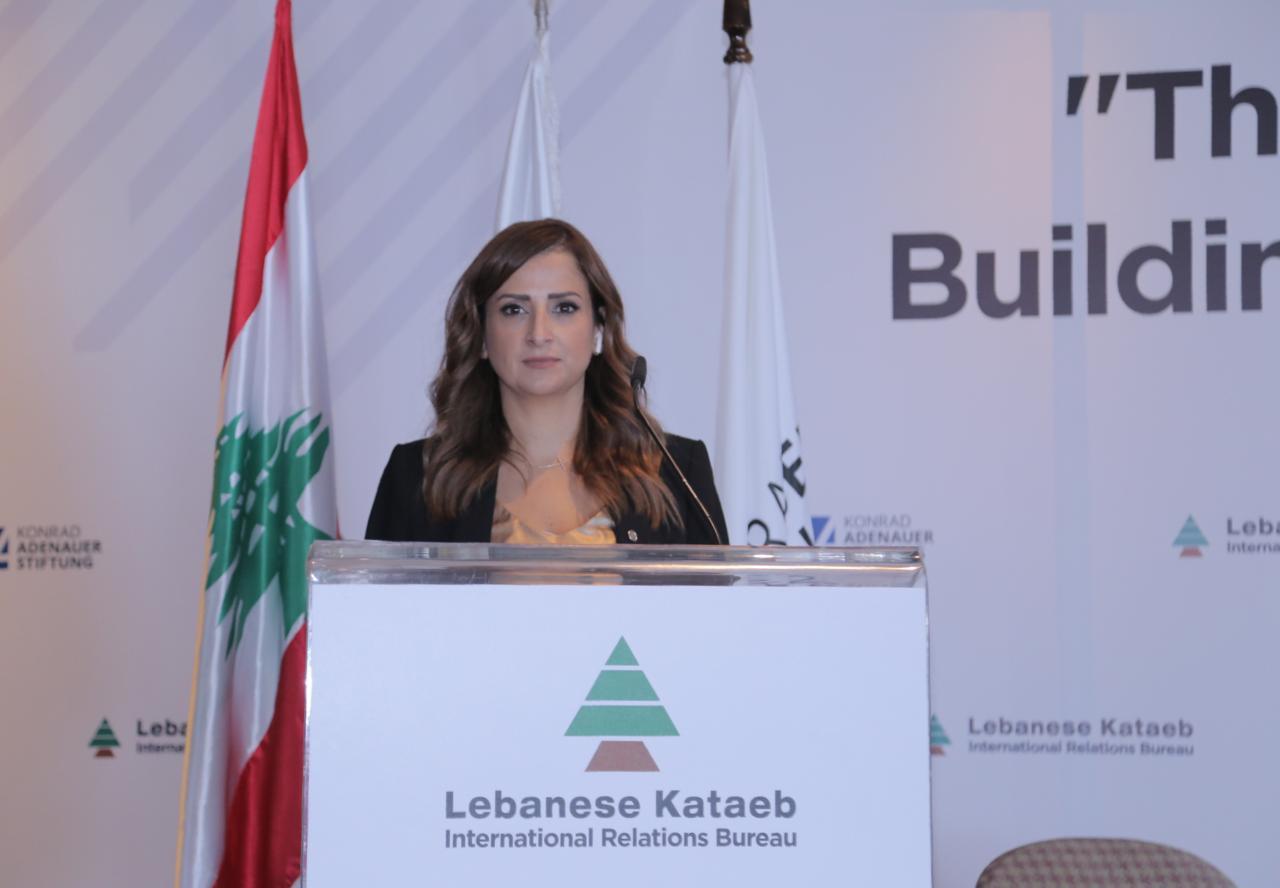 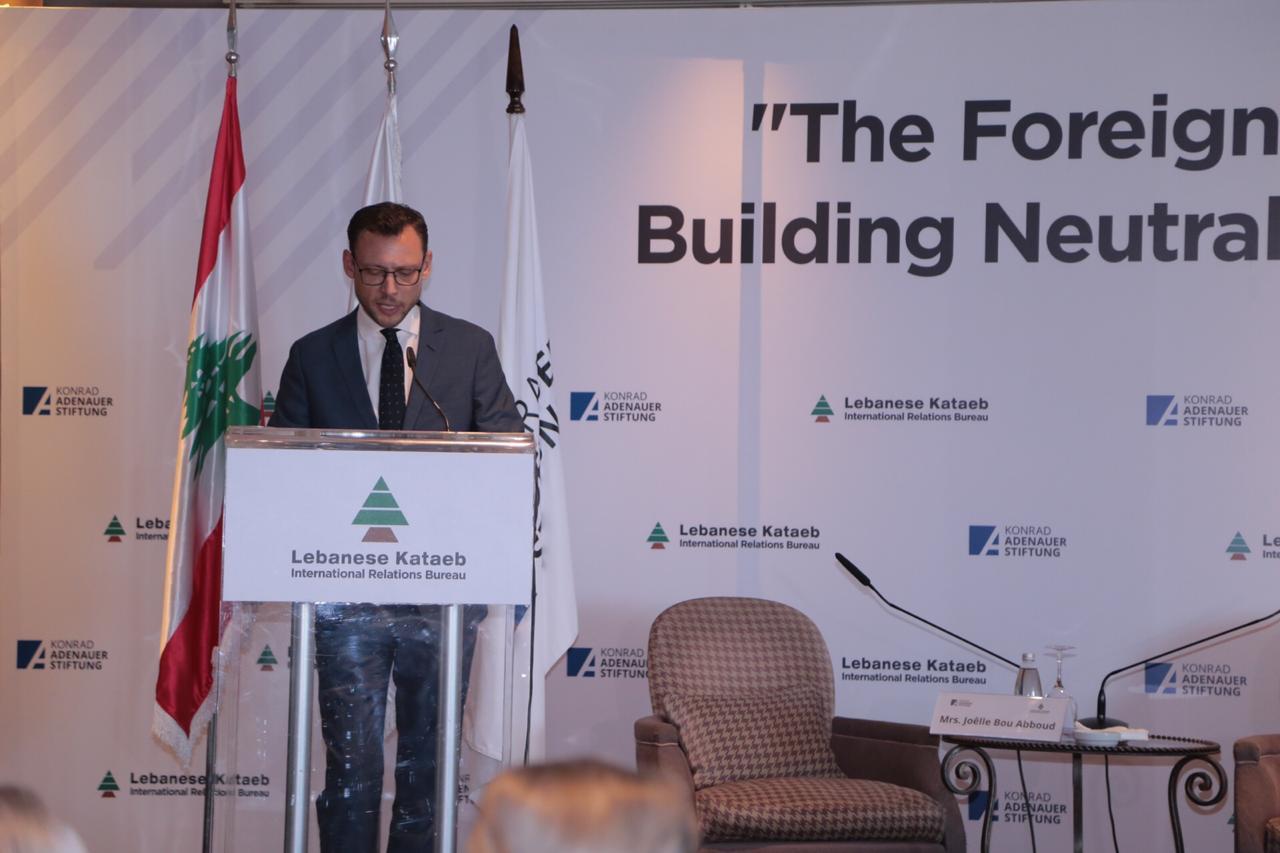 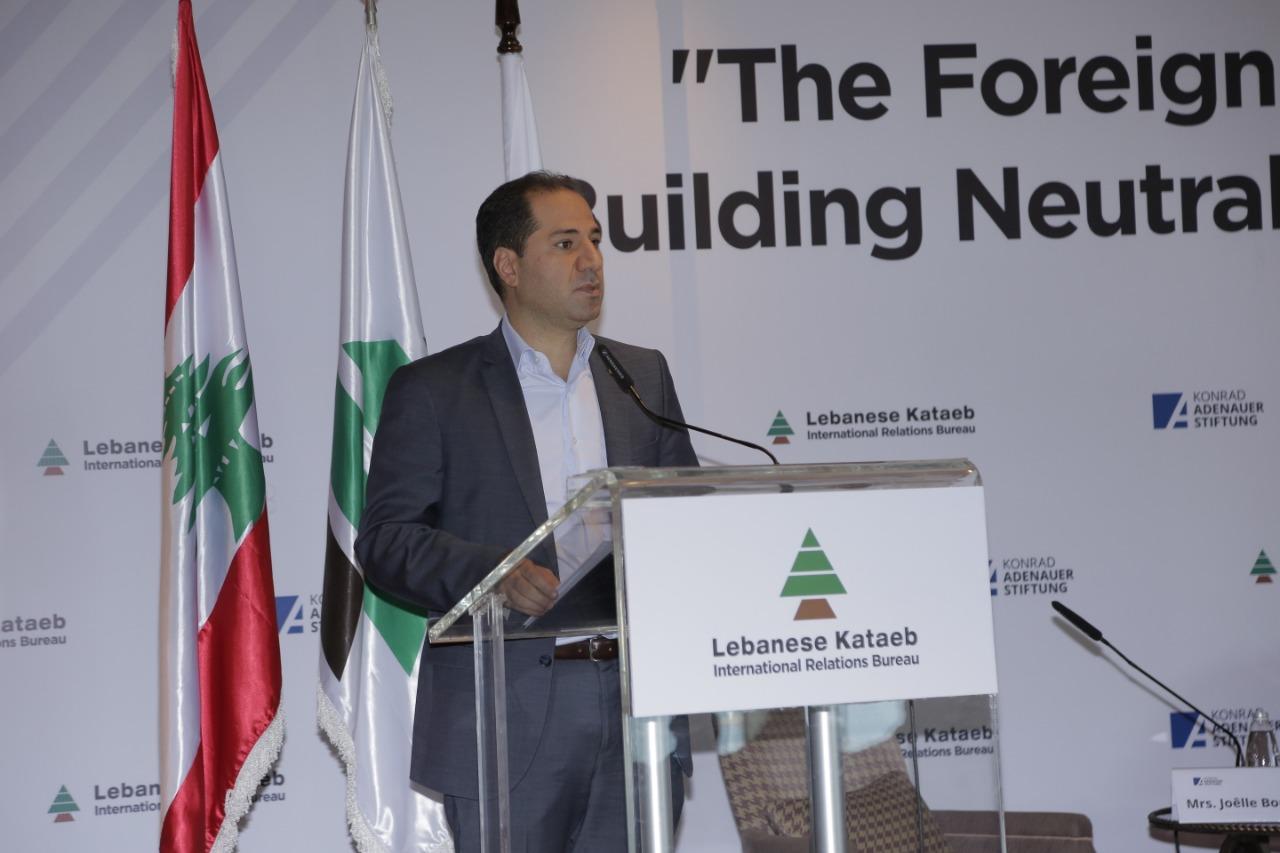 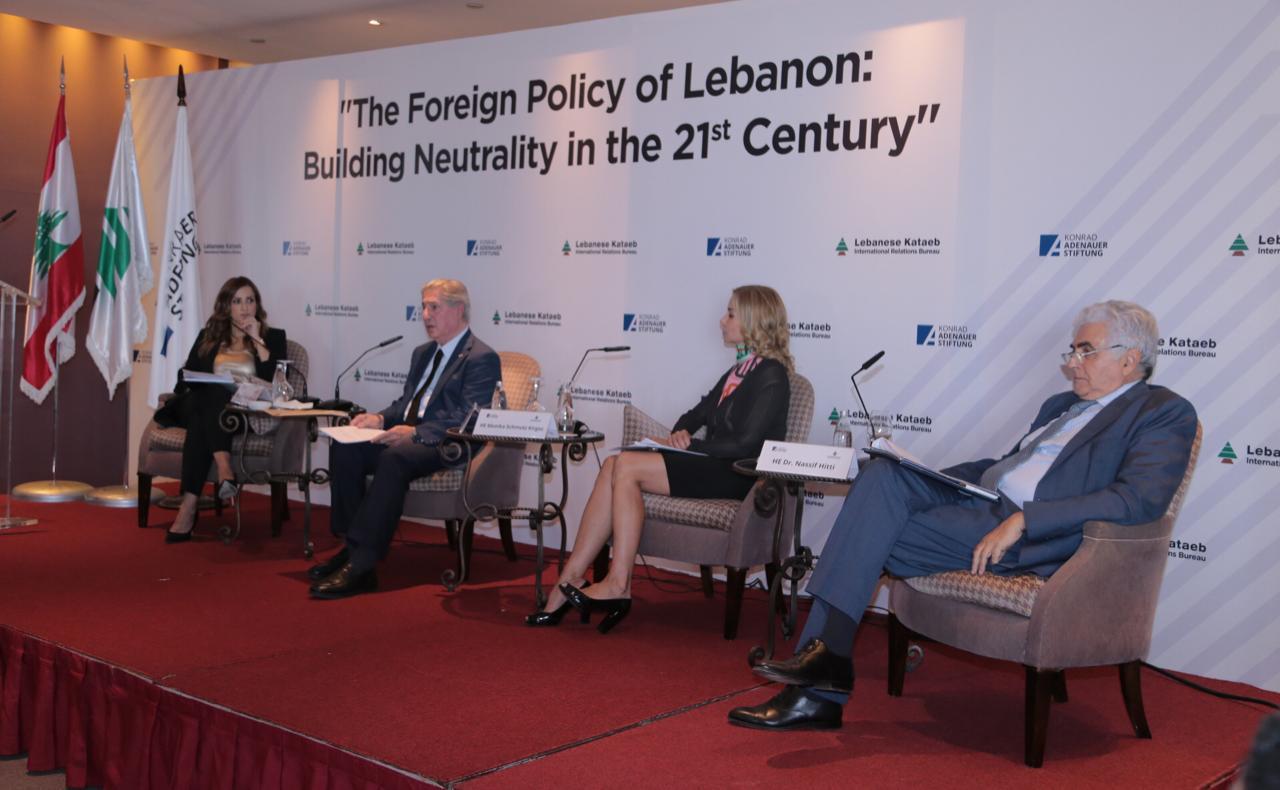 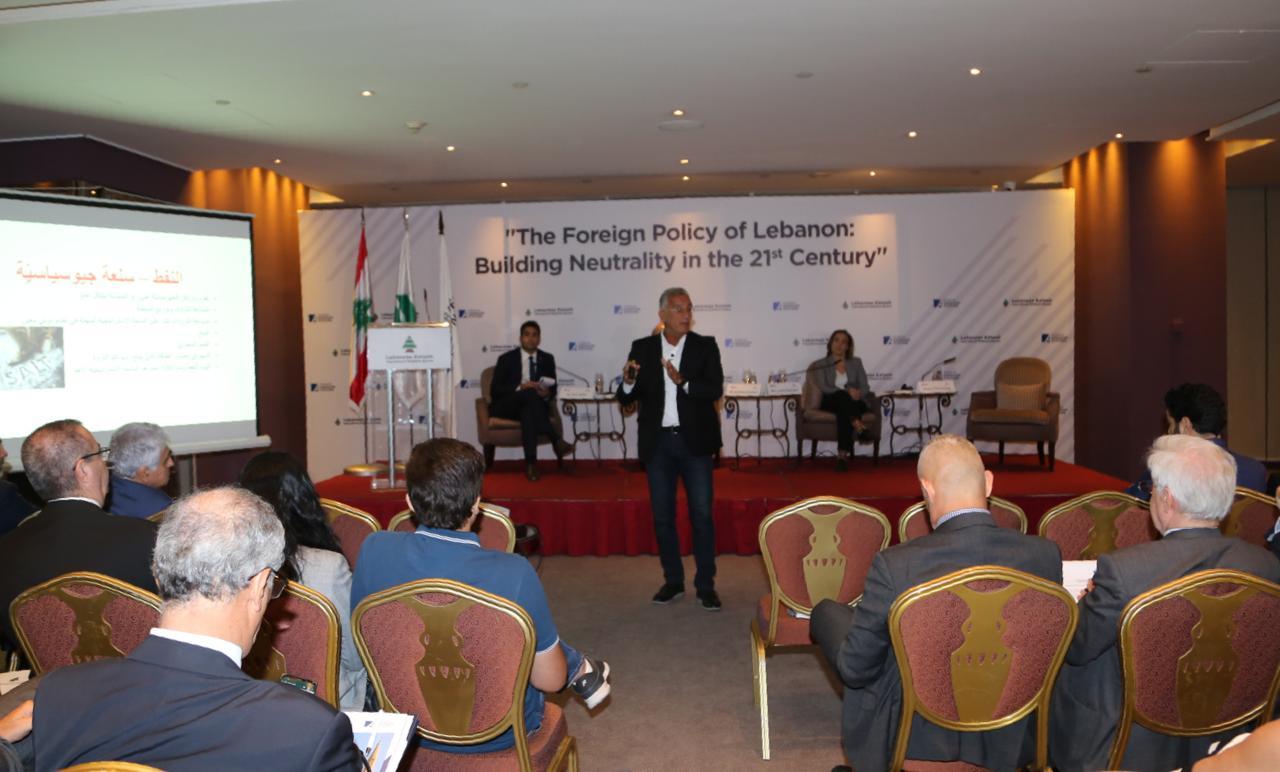 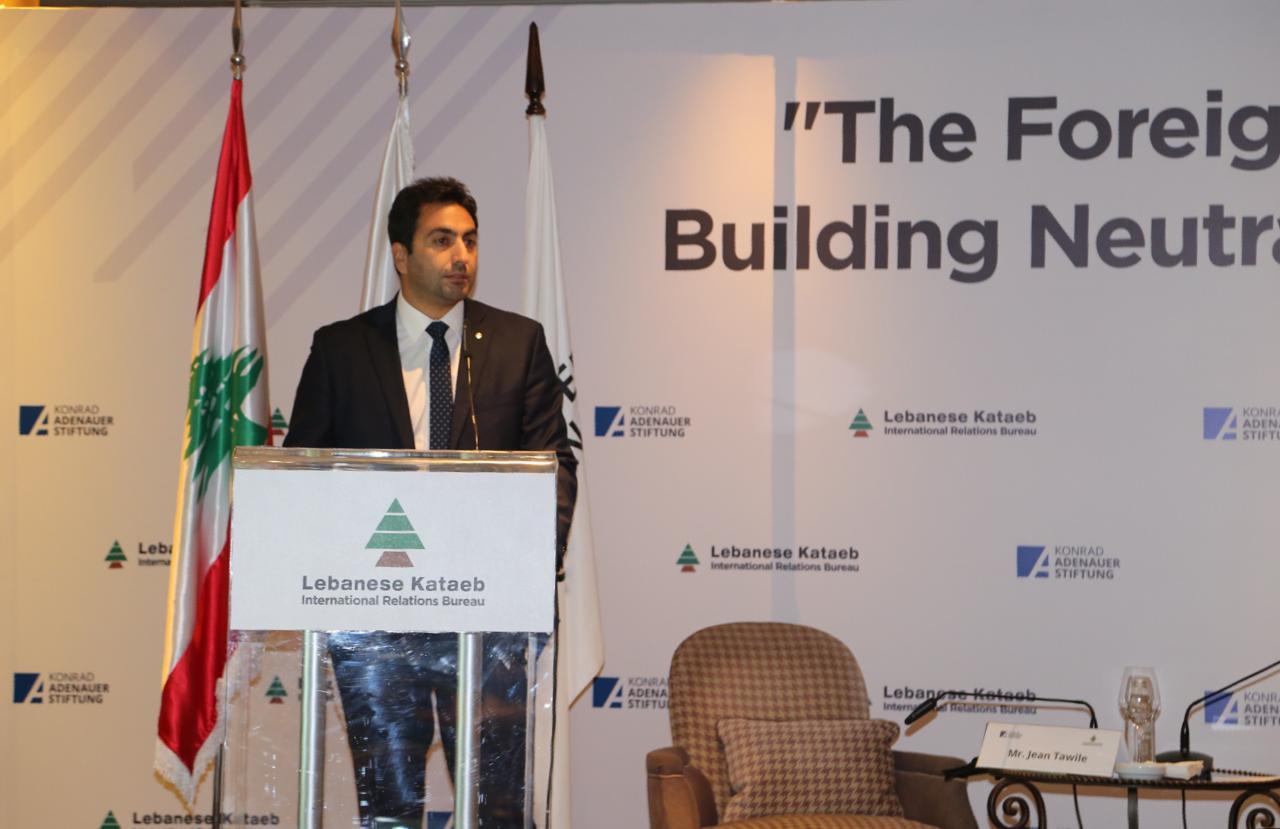 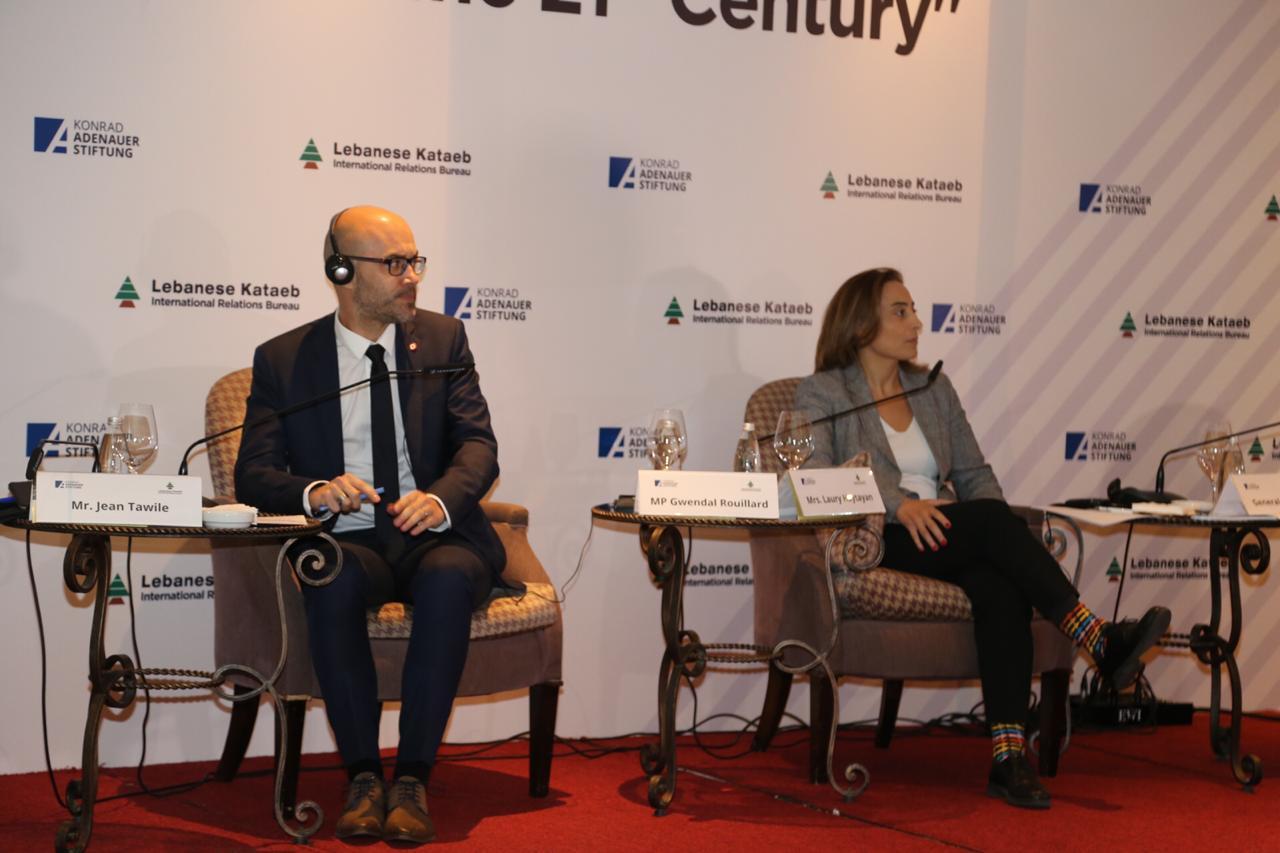 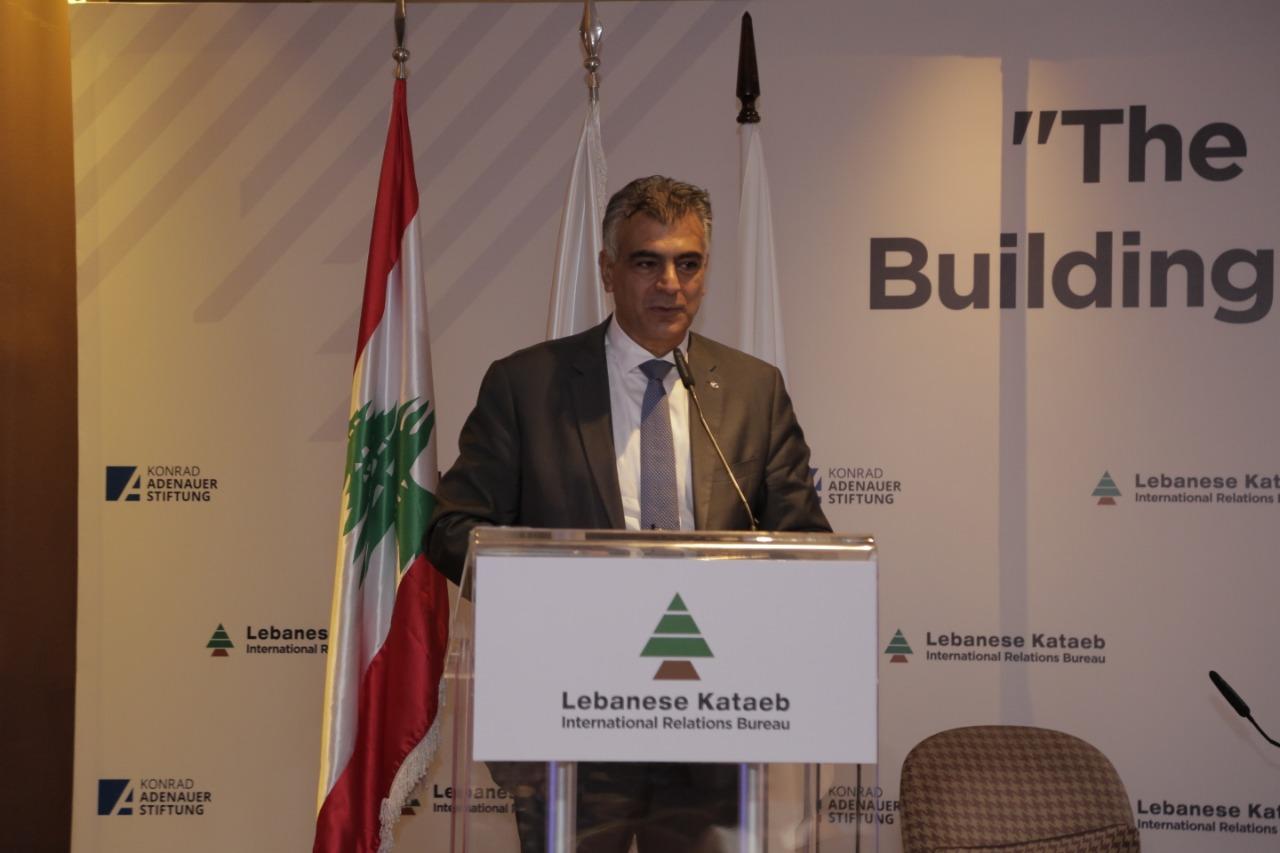 The event brought together former government officials, Ministers, Ambassadors and representatives of international organizations as well as other high-ranking guests and experts.

The first panel,“Foreign Policy of Lebanon: Diplomacy of Positive Neutrality”, revolved around the positive impact of sovereignty, independence, neutrality as a foreign policy tool for conflict prevention and –resolution. Necessary circumstances and prerequisites for a neutral policy were debated, as well as the obstacles Lebanon is currently facing. The Swiss Ambassador to Lebanon, Mrs. Monika Schmutz Kirgoz, presented the model of Switzerland as a neutral country as an example with comparative value.


In the second panel moderated by Mr. Jean Tawile, the speakers concentrated on Lebanon’s role as a petroleum-rich state and the new geopolitical shifts that resulted from the findings of the East Med gas fields. Former Military General and University Professor Mr. Elias Hanna debated the issue with regard to Lebanon’s foreign policy. Mr. Gwendal Rouillard, French MP and Member of the Parliamentary French Defense Commission, complemented the discussion with shedding light on the new economic and energy relations between France and Lebanon. Mrs. Laury Haytayan, MENA Director at Natural Resource Institute, followed with a reflection on Lebanon’s Oil and Gas sector in 2019, explaining the most evident obstacles, how to push the industry forward and take advantage of the resources found.


The KAS would like to thank all participants for their insightful contributions and the interesting conference. 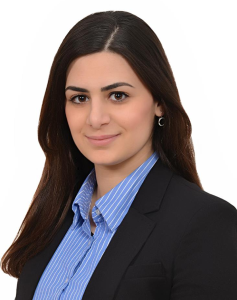