9th E-lection Bridge of the KAS in Banjul, The Gambia

Building a bridge between the players in modern political communication - that is the goal of the KAS E-lection Bridge conference that brings together leading campaign experts from sub-Saharan Africa and Germany. This year the KAS welcomed the experts in Banjul from March 3rd to 7th, 2019.
March 12, 2019 Ordering Information 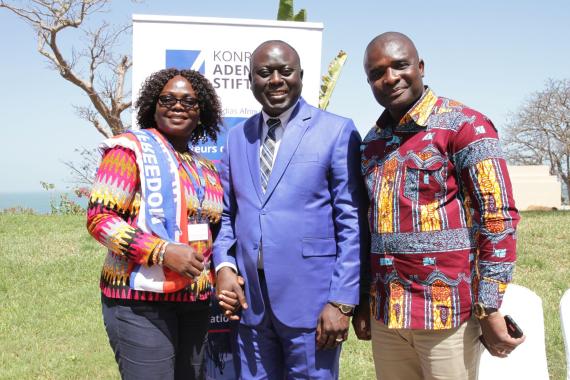 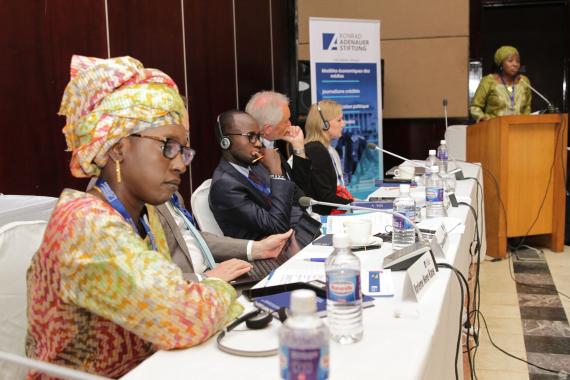 Representatives of partner parties from 14 countries met in Banjul. 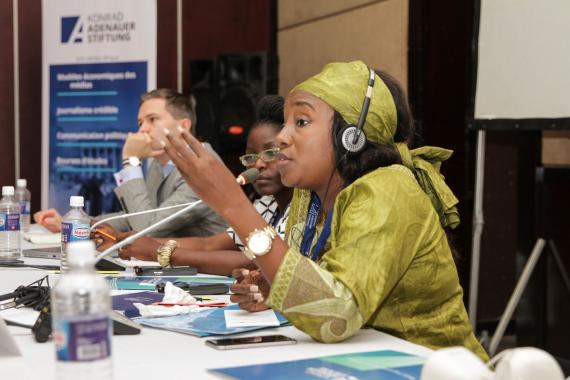 This was the ninth edition of the KAS E-lection Bridge Conference. 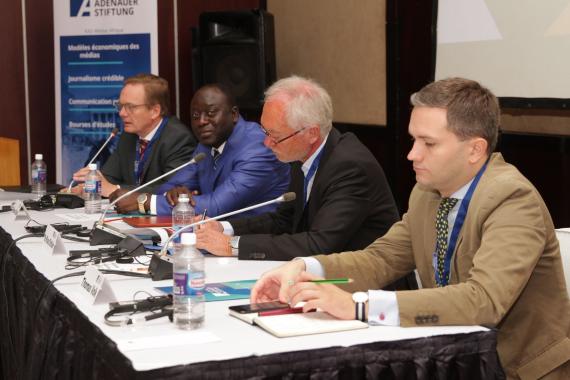 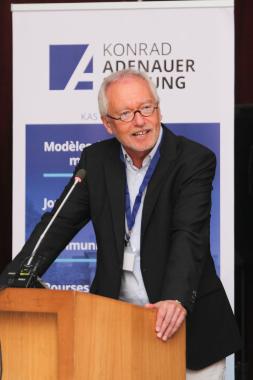 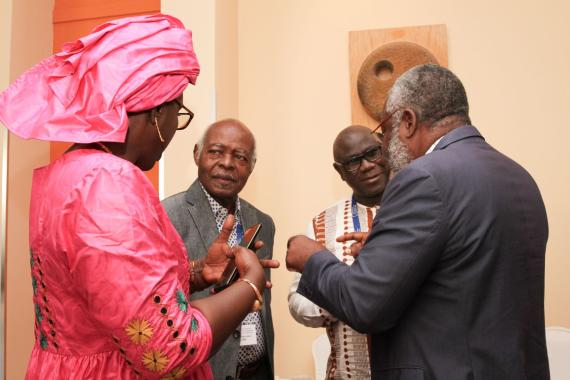 Campaign experts from across Africa could share knowledge and experience with their counterparts from other parts of the continent. 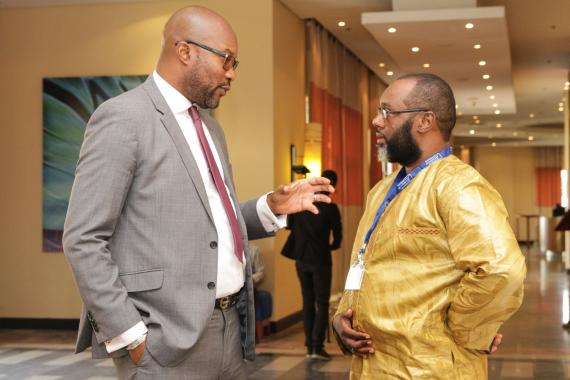 The E-lection Bridge Conference provides a platform for exchange.

The E-lection Bridge, the specialist seminar for political communication in Africa, took place in its ninth year. About 30 representatives of partner parties from 14 countries met in Banjul, the capital of Gambia. With the help of the KAS country office in neighboring Senegal, the motivation crisis in politics was discussed. Many participants found that one had to remain authentic as a candidate and not pretend. It is important for the voter that the politician stands up for his principles, explained Klaus Schüler, federal director of the CDU and election campaign manager of Chancellor Angela Merkel.

That something has gone off the rails in the value system due to growing populism, the destabilization attempts of the Russians and the policies of US President Donald Trump can also be felt in Africa. This makes it all the more important to demonstrate success and remain relevant, Schüler explained to the representatives of the centre-right parties, the majority of which are in opposition in their countries. How difficult it is to regain the trust of the people once misdeeds have been committed in the name of the party is felt by the representatives of the Kenya Africa National Union. "We are new faces and we are doing it differently" said Aly Khan, campaign leader of the KANU, which in Kenya long stood for the one-party system.

Christoph Plate, head of the KAS's Media Programme in sub-Sahara Africa, emphasised that clean campaigns with a clear strategy were the key to the "election campaign after the election", which was also demanded by the CDU federal executive. Now many preconditions for a European election, for example, are completely different from those for an election in the Democratic Republic of Congo accompanied by irregularities. But, as the participants emphasised, the daily struggle for voters and the attempt to keep election promises are parallels between Africa and Europe. And why did the E-lection Bridge take place in Gambia of all places, a small country on the western tip of Africa that is also very difficult to reach? Participants from southern Africa were on their way for up to 26 hours with three transfers. After an election at the end of 2016, Gambia expelled the dictator Yaya Jammeh, the still young democracy is practicing its first steps. President Barrow, who came to office rather by chance, is increasingly developing authoritarian tendencies and is trying, especially in parliament, to extend his powers unduly.

KAS's media program promotes exchange across language borders on the continent. It was therefore all the more pleasing that Spanish was represented at this E-lection Bridge by a politician from Equatorial Guinea in addition to English, French and Portuguese.