Political parties have suffered during the pandemic, just as society as a whole has. There is a serious lack of programmatic approaches and young people who are getting involved will do so in civil society but not necessarily in parties. These and other challenges of party work in Africa were discussed at the high-level 10th Election Bridge with politicians from 15 different countries on the African continent, Anglophone, Francophone and Lusophone.
November 16, 2021 Ordering Information 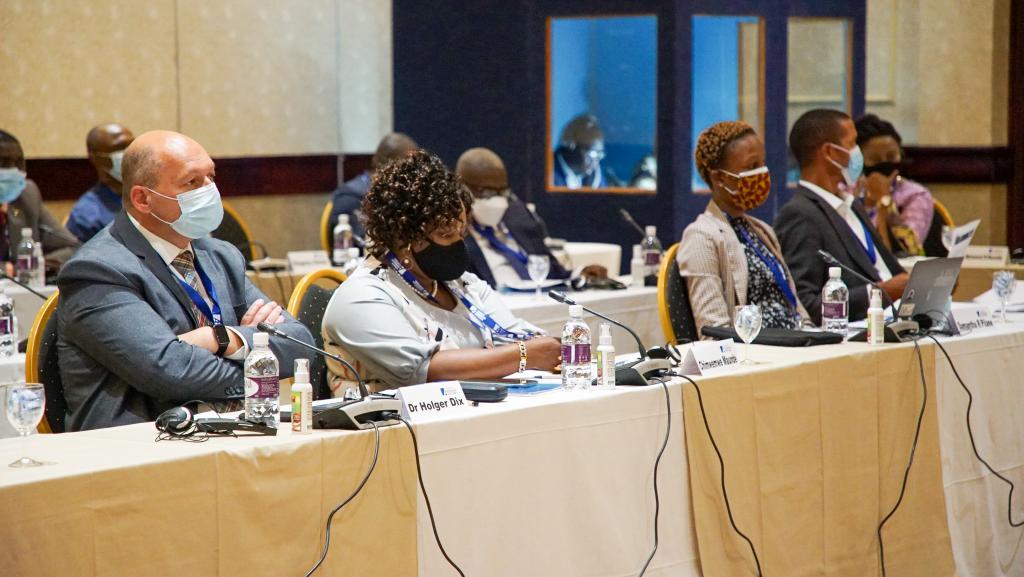 The exchange across language barriers is as important for KAS Media Africa, the Media Programme Subsahara Africa of KAS, as the networking amongst party representatives as far afield as Senegal and Mozambique or Tanzania and Nigeria is.

Frank Priess, deputy head of European and International Cooperation at the KAS head office in Berlin said, in Gaborone, that differences between parties have become more difficult to identify. Dr. Klaus Schüler, former election campaign manager of German Chancellor Angela Merkel, stressed the need to plan and have a concise strategy before setting off on a campaign.

Party representatives, like Tanzania's Chadema leader, Tundu Lissu, remarked on the dire lack of funds for political parties, yet funds probably will only come once parties put an emphasis on setting themselves apart. This can be done by the establisment of a thorough program and with politicians whom one can trust. Dr. Lina Benabdallah from the US presented her findings on Chinese party cooperation on the continent: The Communist Party talks to everyone in Africa, yet there is very little sense for political values. This is certainly where centre-right parties can underline their mission of democracy and the separation of powers.