by Brigitte Read
KAS Media Africa convened a panel discussion at the Konrad-Adenauer-Stiftung Headquarters in Berlin in September. The three discussants on the panel hailed from the West, East and Southern Africa. Their perspectives aptly portrayed the diversity across the media landscape in Africa.
October 10, 2019 Ordering Information 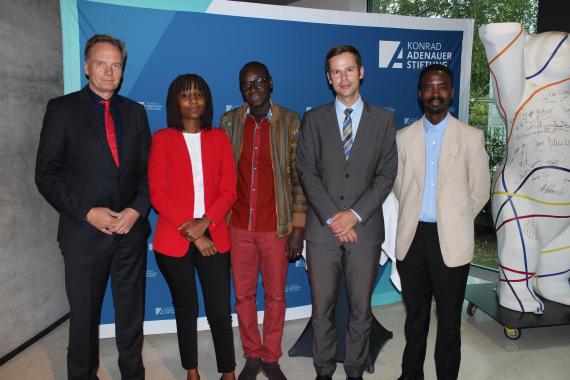 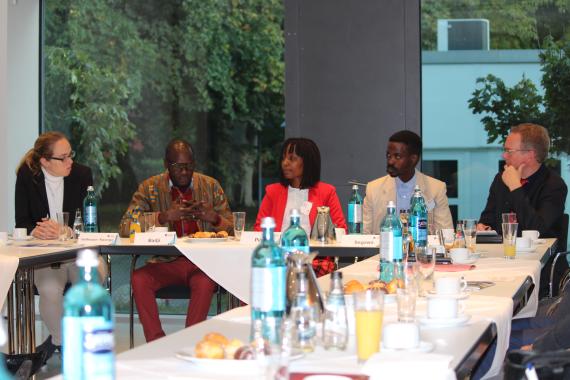 “The Future of the Media in the digital age – developments and perspectives from Africa.’ This was the theme of a panel discussion hosted by KAS Media Africa at the Konrad-Adenauer-Adenauer Headquarters in Berlin at the end of September, which was attended by journalists and representatives from various German ministries.

The discussants represented varied perspectives from three corners of the continent, aptly portraying the diversity across the media landscape in Africa. Ugandan TV and business journalist, Arnold Segawa, presented contrasting outlooks from his experiences in Rwanda, South Africa and Uganda also questioning whether newsrooms should be covering what is trending or rather keep a clear core focus area.

Samantha Pilane, representing the INK Investigative Journalism unit in Botswana outlined the status on investigative journalism in the region, particularly the reliance on donor funded reporting in a country often regarded as stable and therefore not requiring support as urgently as crisis countries like neighbouring Zimbabwe.

The third presenter was Samba Badji, the Editor of Africa Check, a fact-checking organisation, based in Senegal. He outlined the media landscape in francophone West Africa and the challenges of misinformation and fake news that his organisation is leading the fight against on the continent.

The presentations were followed by questions and a discussion moderated by KAS Media Africa Director Christoph Plate.