Media and Migration: How the story is being told

In late May 2019, Johannesburg played host to the Media and Migration Conference to share insights about ethical reporting in this area. 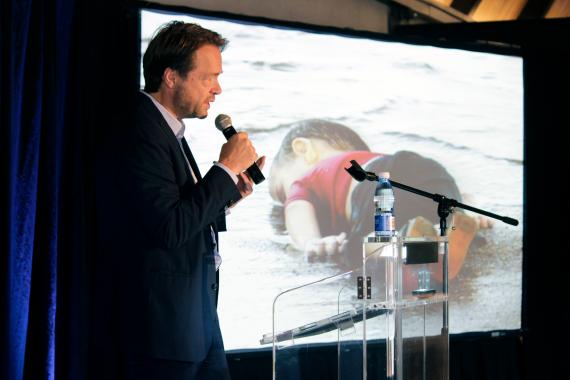 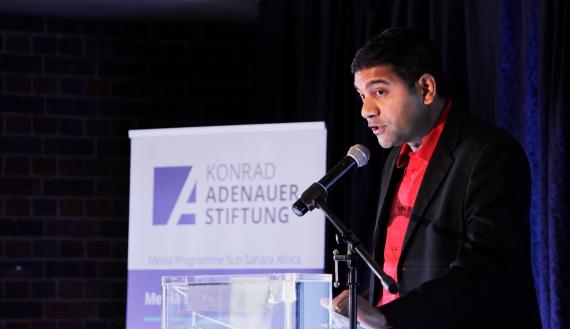 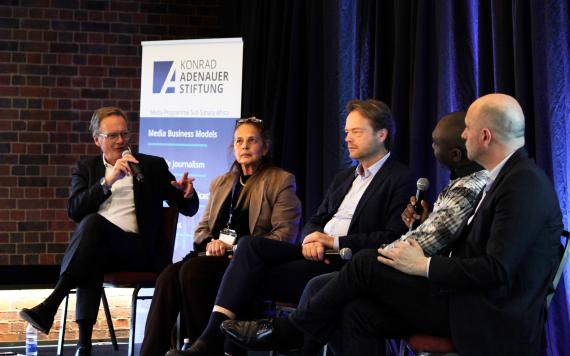 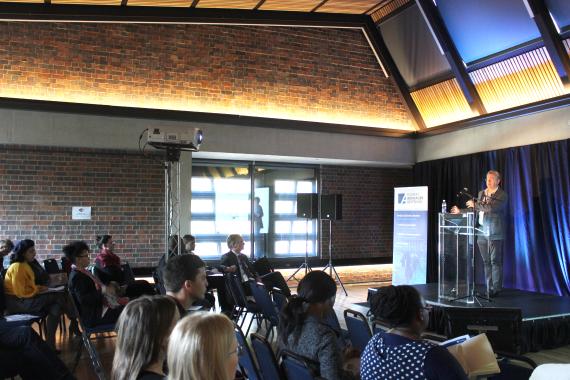 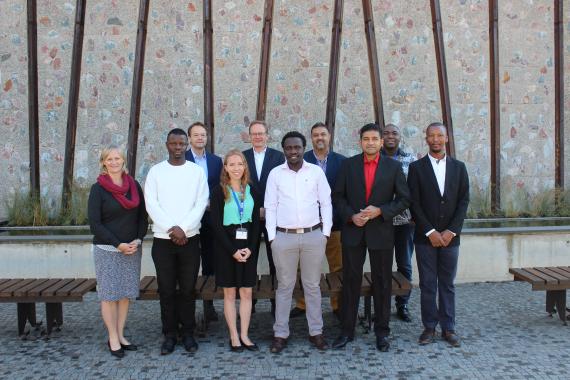 Speakers, staff and scholars at the conference 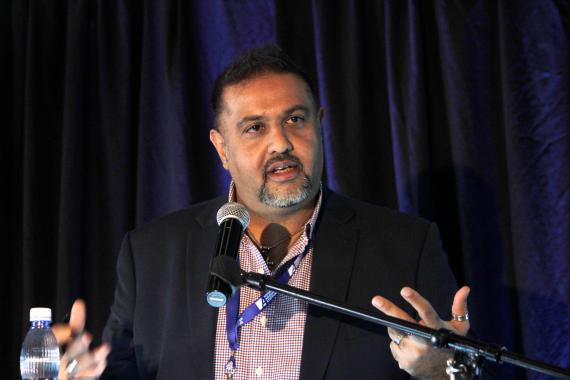 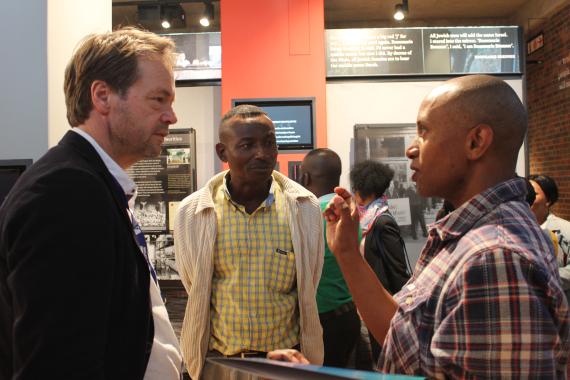 Participants and speakers had the opportunity to visit the Genocide and Holocaust Centre exhibition during the conference. 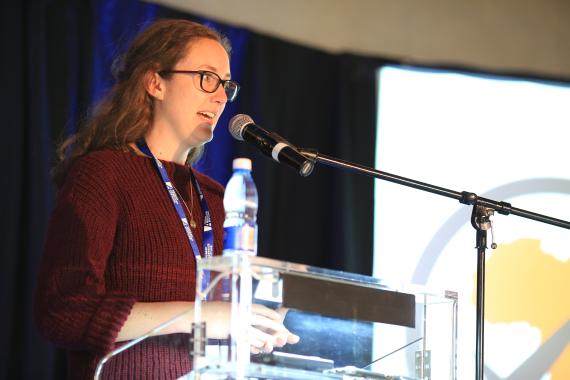 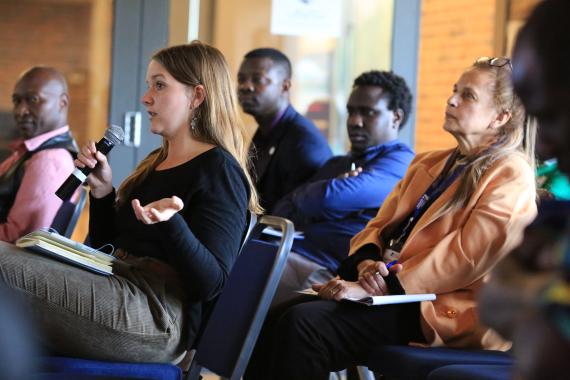 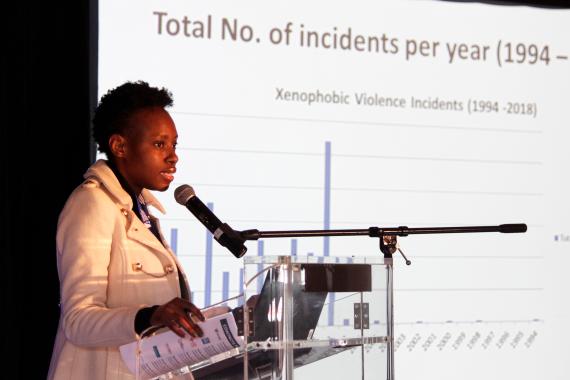 Migration is a very emotive topic. Reporting about migration without reproducing stereotypes and covering the topic appropriately remains a challenge for journalists. Problem areas range from how stories of migration are told to the use of terminologies and inconsistent, sometimes prejudiced, reporting that has the potential to incite xenophobia and violence. A growing number of politicians – from Africa to Europe and North America – abuse this topic to create political instability.

It is against this background that KAS Media Africa organized a two-day conference at the Johannesburg Holocaust & Genocide Centre. Themed “Media and Migration: Telling Moving Stories”, the event drew more than 50 participants, including academics, migration experts, media executives and journalists.

The line-up of speakers, from seven different countries, included Nairobi-based filmmaker Salim Amin who explained to the participants how Kenyan media fuel discrimination by biased reporting that puts Somalis in a bad light and, leaning on a documentary, noted that law enforcers extort money from members of that community. From the other side of the continent, West African Observatory on Migration’s Samir Abi, a Togolese, discussed the plight of the region’s refugees and migrants not least those fleeing their countries for political reasons.

“The intention of this conference is to share insights and views from Africa and compare them with perspectives from Europe,” said KAS Media Africa Director Christoph Plate.

Francesco Benini, deputy editor-in-chief of Neue Zürcher Zeitung am Sonntag reflected on migration coverage over the past few years in Switzerland where, he said, though there has always been reporting though the interest is fading now. On the political front forces are resisting the populists who had exploited the theme. In neighbouring Germany, in contrast, few journalists managed to take public concerns into account, said Peter Kunz, regional director for ZDF´s activities in Lower Saxony. Kunz was referring to 2015, when a surge of refugees fled to Germany from Syria and other conflict-ridden countries.

This situation typifies the dilemma that some journalists found themselves in. Should they follow the sentiment, on one hand, or reflect an unbiased perspective even if that makes them unpopular? Of course, as experts assert, the answer is simple: fact-checking and consistent reporting regardless of citizenship, origin, ethnicity or religion.

Media coverage in Germany, Kunz recalled, underwent three stages: from unquestioningly positive, at the outset of the recent migration phase, to negative before eventually becoming objective and reflecting the realities fairly.

While giving an overview of how newspapers in different African countries covered migration and migrants in Sub-Sahara Africa, Media Monitoring Africa Director William Bird said “the way we report about migration is dehumanizing”. The reporting style can stoke xenophobia, he said. This was the case in South Africa, asserted Silindile Mlilo, of the University of Witwatersrand’s African Centre for Migration & Society. She challenged journalists to include context to steer from unverified claims.

Participants, hailing from different countries especially the Democratic Republic of Congo and Zimbabwe, learned about ways to improve reporting on migration. In their presentations, Media Challenge Initiative’s Annika McGinnis, from Uganda and media consultant Jean-Luc Mootoosamy outlined ways of migration reporting in a balanced and ethical way.

Mootoosamy, whose work as a trainer in Niger and Senegal was lauded by many at the two-day conference, said having a balanced view includes treating the topic with respect and getting migrants to tell their own stories. This approach enabled listeners to discover some hard realities that awaited migrants. In fact, some of the listeners abandoned plans to migrate. In this regard, Mootoosamy told a story of a Niamey woman who was about to join her daughter in Libya but chose not to go after hearing a migration radio broadcast. Likewise, in Senegal, a man who had saved “a large amount of money” decided to stay home thanks to the stories of returnees broadcast on radio.

The differences were underlined, comparisons made and similarities discussed as experts delved into a host of issues and challenged myths and prejudices. For the first time many African participants heard about the European perspective.