Attitudes of Bulgarian citizens on topics related to the media

For joung students from Romania

The seminar “Media Incubator” is organised by the Media Programme South East Europe of the Konrad-Adenauer-Stiftung in cooperation with Goethe-Institute Bulgaria and the NGO „Trust for Social Achievement”. This initiative aims at expanding the knowledge of the participants on different journalistic topics and wants to provide a platform for intercultural dialogue. 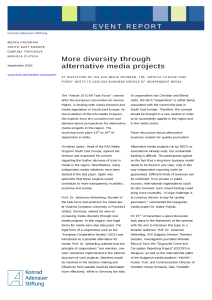 The "Article 10 ECHR Task Force", named after the European Convention on Human Rights, is dealing with media freedom and media legislation in South East Europe. At the invitation of the KAS Media Program, the experts from ten countries met and debated about perspectives for alternative media projects in the region. The workshop took place 14th to 16th of September in Sofia.

Freedom and transparency on the internet

KAS Media Program at conference of Council of Europe

The Head of the KAS Media Program South East Europe, Christian Spahr, spoke about the plurality of opinions on the internet at a conference of the Council of Europe on 9 September 2016. The owners of online media and internet providers in South East Europe partially remain concealed, said Spahr. Moreover, paid content is not being labelled sufficiently. 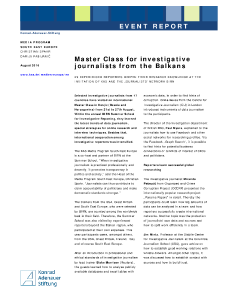 Master Class for investigative journalists from the Balkans 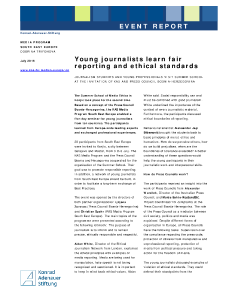 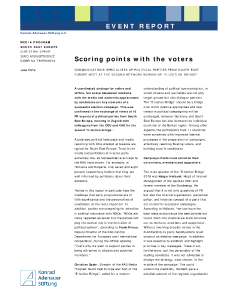 Scoring points with the voters

Media freedom on the way to EU 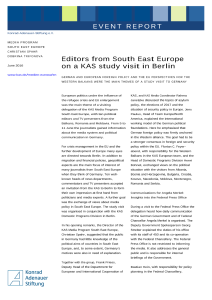 KAS contribution at the plenary meeting of "Club of Venice"

The Head of the KAS Media Program South East Europe, Christian Spahr, spoke about the media situation and political communication in the region at the plenary meeting of the EU communication forum "Club of Venice" at 26 and 27 May 2016 in The Hague, Netherlands.

Media and political influences in Bulgaria

Conference of the Center for the Study of Democracy (CSD)

On 16 May 2016, the Center for the Study of Democracy (CSD) presented a study about political influences on Bulgarian media. The study is part of a project about the media situation in Bulgaria which has been supported by the KAS Media Program South East Europe.