About us - Multilateral Dialogue Geneva

Through civic education activities in Germany and in over 120 countries we want to make a contribution to get closer to a world of peace, freedom and justice. The promotion of democracy, the intensification of the transatlantic relationship and development cooperation are our major goals. As a think tank and advisory agency we elaborate profound analysis to guide political action.

In May 2019 the Multilateral Dialogue was established in Geneva. The Geneva office wants to be a place for networking between partners and experts from the worldwide network of the KAS and the organizations located in Geneva. Although the KAS office accompanies the whole range of issues which are dealt with in Geneva, the focus of our work is on the following themes:

The Multilateral Dialogue Geneva thus also fulfills the function of a networking platform.

On the one hand, we organize lecture events, dialogue programs, expert talks, workshops and conferences on the above mentioned themes, thus promoting the exchange between the foundation and representatives of Geneva-based organizations and permitting the access to discussions on current issues for an interested local audience. These programs are to strengthen the flow of information and sharing between the different KAS offices, the central office in Berlin and relevant actors in Geneva.

On the other hand, we prepare reports, position papers, analyses and other information material on the work of organizations in Geneva, thus providing first hand information to experts within the global network of the foundation as well as to an interested public.

As the office of the Konrad-Adenauer-Foundation in Switzerland, the Geneva office also follows central events of Swiss politics. 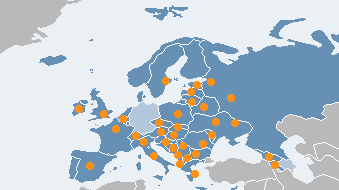 read now
Internship at the Multilateral Dialogue Geneva
The Konrad-Adenauer-Stiftung (KAS) in Geneva offers committed students the opportunity to complete an internship of 2-3 months. 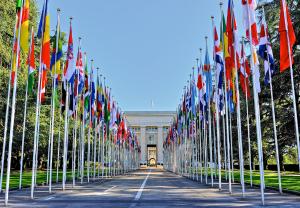