Film launch "A Land for Women"

One World No Hunger – Strengthening Land Ownership and Land Use Rights of Women in Sub-Saharan Africa.

The film was produced for the Konrad Adenauer Stiftung (KAS) through the special initiative “One World – No Hunger: Strengthening Women’s Land Use and Land Ownership Rights in Sub-Saharan Africa”. The film, which was shot by Quiet Storm Media, aims at educating about women’s equal land rights.
May 23, 2018 Ordering Information 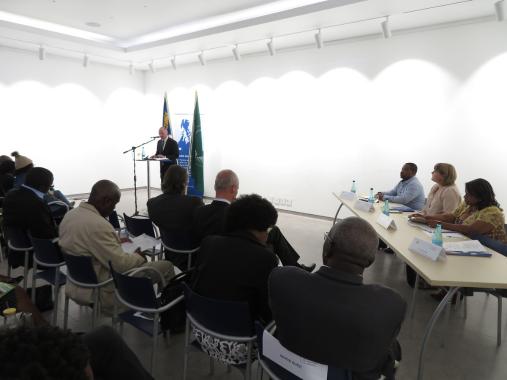 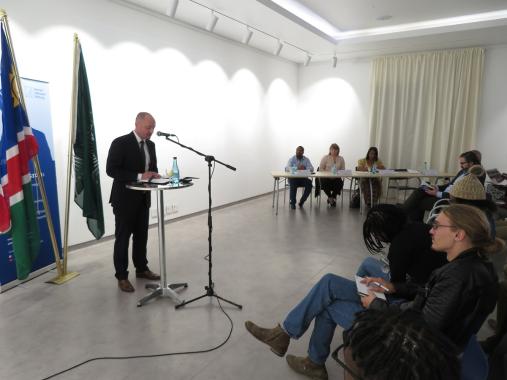 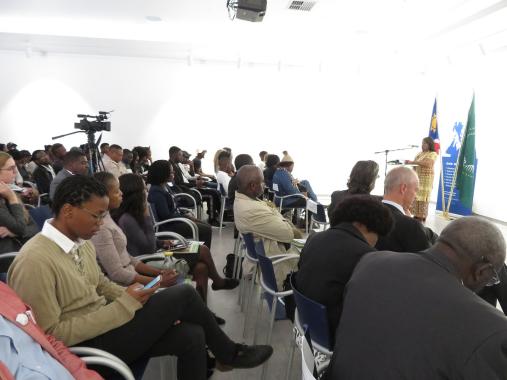 Official launch of the short film by Hon. Priscilla Boois, Deputy Minister for the Ministry of Land Reform. 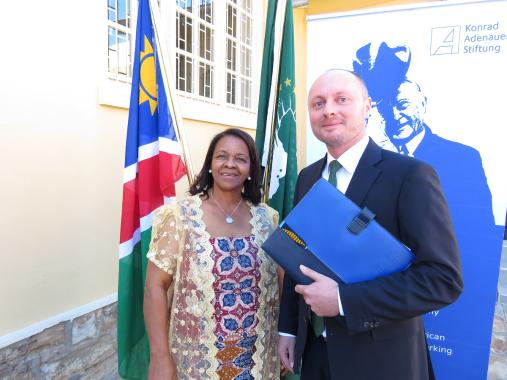 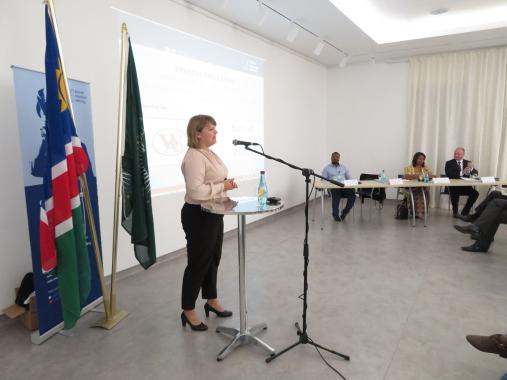 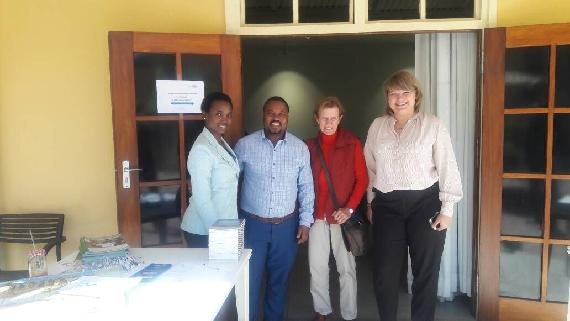 The One World No Hunger Project Team.

As part of the special initiative "One World – No Hunger", KAS has produced the film "A Land for Women". The film was officially launched on 14.05.2018 in Windhoek.

The film "A Land for Women", produced by Quiet Storm Media in a village near Ondangwa, portraits the challenges women face every day when it comes to gender equality and communal land.

Although the Communal Land Reform Act provides for equality between men and women, and clearly states when a spouse dies, the remaining spouse is granted the right to the communal land, the traditional view is often different. Therefore unmarried women and men in particular have difficulties to apply for communal land. Widows, too, are often chased by their deceased husband's family from the land they have farmed for decades. With the help of wit and charm, the film tries to address these injustices in order to change and sensitize the mindset of the audience.

The film was officially launched by the Deputy Minister of the Ministry of Land Reform, Hon. Priscilla Boois, who thanked KAS for their work and indicated the importance of the project.

The event was attended by representatives of numerous ministries, project stakeholders, other organizations, the German Embassy, students and the interested public, who were enthusiastic about the film and accompanied it with a lot of laughter and discussions.

The film will be aired regularly on NBC and can be watched under this link https://www.youtube.com/watch?v=zdlYzjpPt90&t=13s or picked up at our office in Windhoek.

Launch of the Short Film "A Land for Women"