by Barbara Sabitzer
Together with its South African partner, The Brenthurst Foundation, the KAS office New York launched the study Democracy Works.
May 19, 2019 Ordering Information

Moderated by Peter Godwin, a New York-based Zimbabwean author, journalist, and former human rights lawyer, the co-authors Tendai Biti, former finance minister of Zimbabwe, and Greg Mills, Director of Brenthurst Foundation presented their research findings. and Democracy Works is based on more than 300 interviews across the globe with politicians, scientists, and policy-makers from Africa, Asia, the Americas, and Europe. It analyses and highlights the interdependences of economic development and democratization in the context of the demographic and other challenges the African continent is facing.

The study is directed towards leaders and citizens who work towards achieving SDG 16.

“It’s hard to get the economy right if you don’t do politics right.”
Greg Mills, Head of the Brenthurst Foundation

The ongoing process of democratization and the work needed to keep democracy alive requires people to continue to be vigilant. A functioning democracy and a strong and inclusive economy, as well as liberated and empowered people, go hand in hand.  In addition, the importance of a strong middle class, strong institutions within the state, rule of law, a social contract between the governing body and the citizen, a self-correcting electoral system, and the ability to embrace diversity were underlined.

A further indicator of a functioning democracy is the ability of people to assemble and demonstrate together in peace as well as youth participation in politics. This is currently changing in Africa as more and more young people show interest and start to participate. As the population throughout Africa is very young, this is seen as a glimpse of hope. However, as Peter Godwin pointed out: "One of the greatest tragedies is that the very people we need are skimmed off (and live in diaspora) in every generation."

Additional issues of Africa’s democracy progress discussed and raised by Mr. Biti were the questions: Why is the transition from partly free to free so slow or not happening? And why is there no transitional or democratic durability?
According to Freedom House, only ten out of 54 states are democracies and free[1]. But even these democracies remain fragile. The remaining states are either partly free or not free. As an example of partly free countries, Tendai Biti mentioned Zambia which experiences a slippage in its democratization. When GregMills took up the question of why democracy sticks in some countries and not into others, he also pointed out that there might be a link between the birthing process of democracy and success. Especially the entitlement mentality in former liberation movements was described by Tendai Biti as toxic for democracy.

The subsequent discussion with participants also revolved around dangers that directly threaten democracy such as nationalism, populism as well as international terrorism.  All three can lead to coups – both military and civil.

Furthermore, Greg Mills raised the point that the Cold War world of alliances with either the US or Soviet Union is over, in our current multipolar world, China, Japan, Turkey, and Iran are heavily involved in Africa’s fate. What Africa has not learned is that it does not have to make a choice, but can strategically use this new multipolar world order.

For Peter Godwin, the success of democracy in Africa rests on the challenge that countries in Africa have to be ruled by law and not by the Big Men. 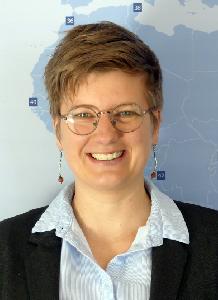