The conference “Palestinian families under threat: 10 years ban of family unification in Jerusalem” was held in the Legacy Hotel in East Jerusalem on December 18. The event was organized by the catholic human rights’ organisation Society of St. Yves in cooperation with the Konrad-Adenauer foundation in Ramallah and Beirut
December 18, 2013 Ordering Information 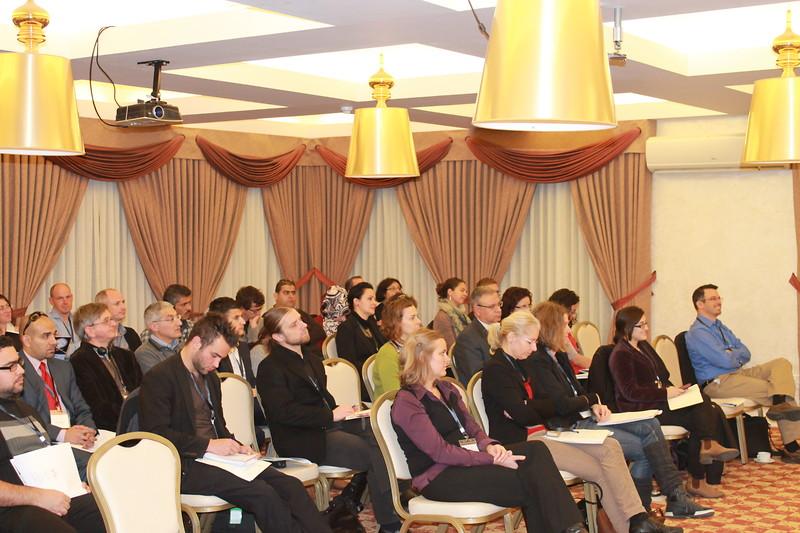 After an impressive key note speech by Hind Khoury, former foreign minister and ambassador, the first panel of the conference dealt with the legal background of family reunification in Jerusalem. Manal Hazzan Abu Sinni and Haytham al-Khateeb, directors at the Society of St. Yves, and Yotam Ben-Hillel from the Norwegian Refugee Council gave an overview of the current situation. Since the “Citizenship and Entry into Israel Law” has been passed 10 years ago, successful unification of family members from the Palestinian territories and Jerusalem has become almost impossible. The law has been passed during the second Intifada and has established procedures and security precautions that have basically suspended family unification.

Martha Tonsern, Advocacy Officer at Kairos Palestine, presented the case of the Abu Taah family in the second panel. The couple, who joined the conference, has been trying to apply for family unification three times in the last 16 years, without any success. Mr and Mrs Taah explained the problems they are facing and answered the questions of the participants. Subsequently, KerenOr Schlesinger from the Hebrew Univeristy presented parts of her doctoral thesis on Palestinians couples who live on different sides of the Green line. Ray Dolphin from the UN's Office for the Coordination of Humanitarian Affairs gave a briefing on barriers and settlements in East Jerusalem and the effects of the seperation barrier on Palestinian communities.

In the last part, Anica Heinlein from the Society of St. Yves presented necessary factors of successful advocacy campaigns and the importance of cooperation between different stakeholders. She gave specific tips for the every-day work of the many representatives of the international community who joined the conference. Eventually Valentina Azarov, Associate with the MATTIN group, a human rights-based consultancy in Ramallah, spoke about third states’ possibilities to invoke international law against Israel. She referred to the lack of effectiveness of international principles and the problems relating to their implementation.

The numerous participants nourished the debate with their manifold questions and comments.