For three days, the Konrad-Adenauer-Stiftung Palestine hosted a group of German doctoral candidates to offer them a closer look into the regional and local security and development challenges. As part of their study and dialogue program in Israel and Palestine, the participants had the chance to meet and discuss the topic with our Palestinian and international experts, diplomats and politicians.
November 14, 2019 Ordering Information

Earlier this month, the KAS office in Ramallah welcomed the doctoral study course “Security and Development in the 21th century” in Palestine. Throughout the following three days, the doctoral candidates from Germany met numerous Palestinian and international experts and took part in field trips to learn more about the local and regional security and development challenges. 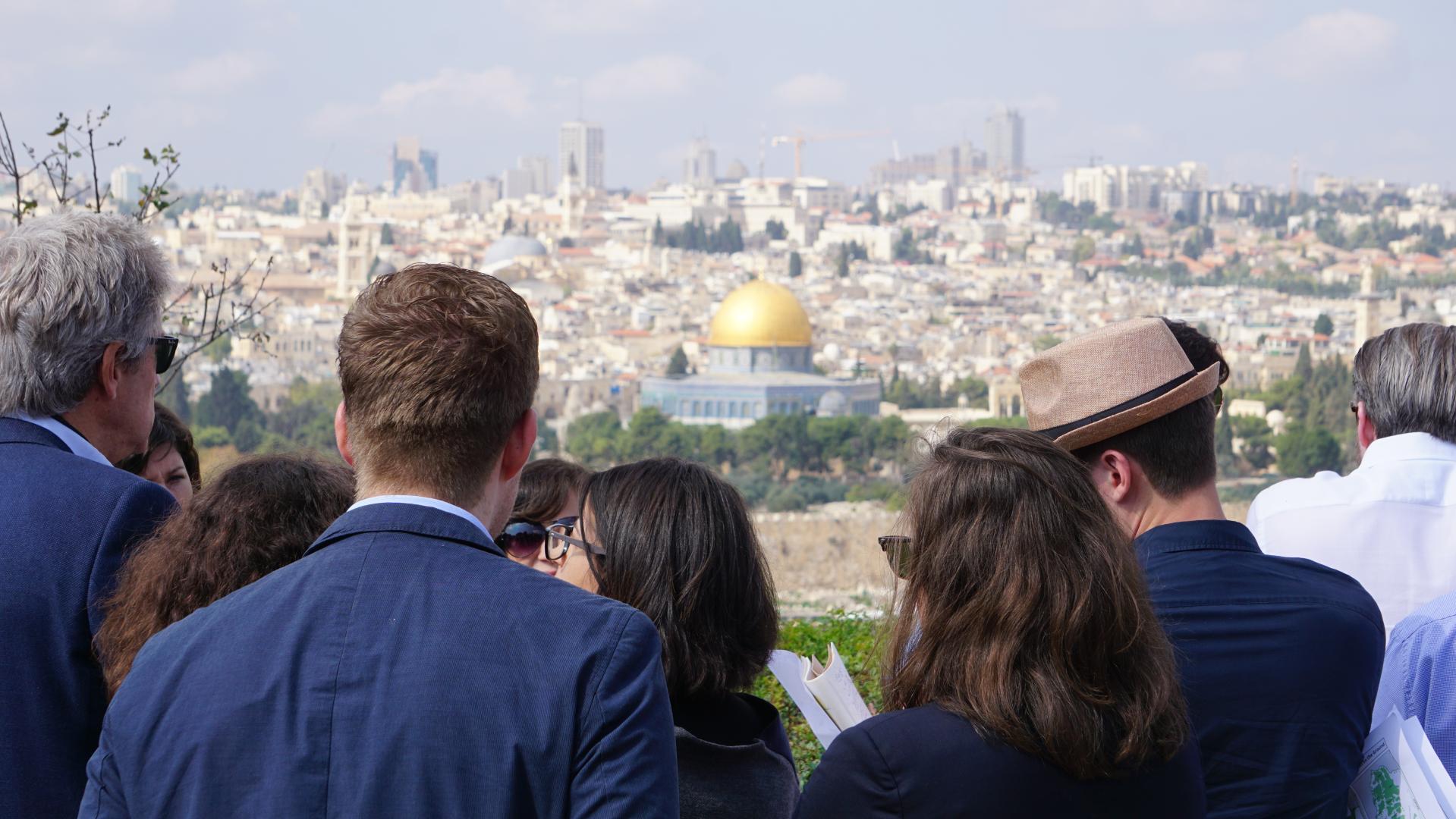 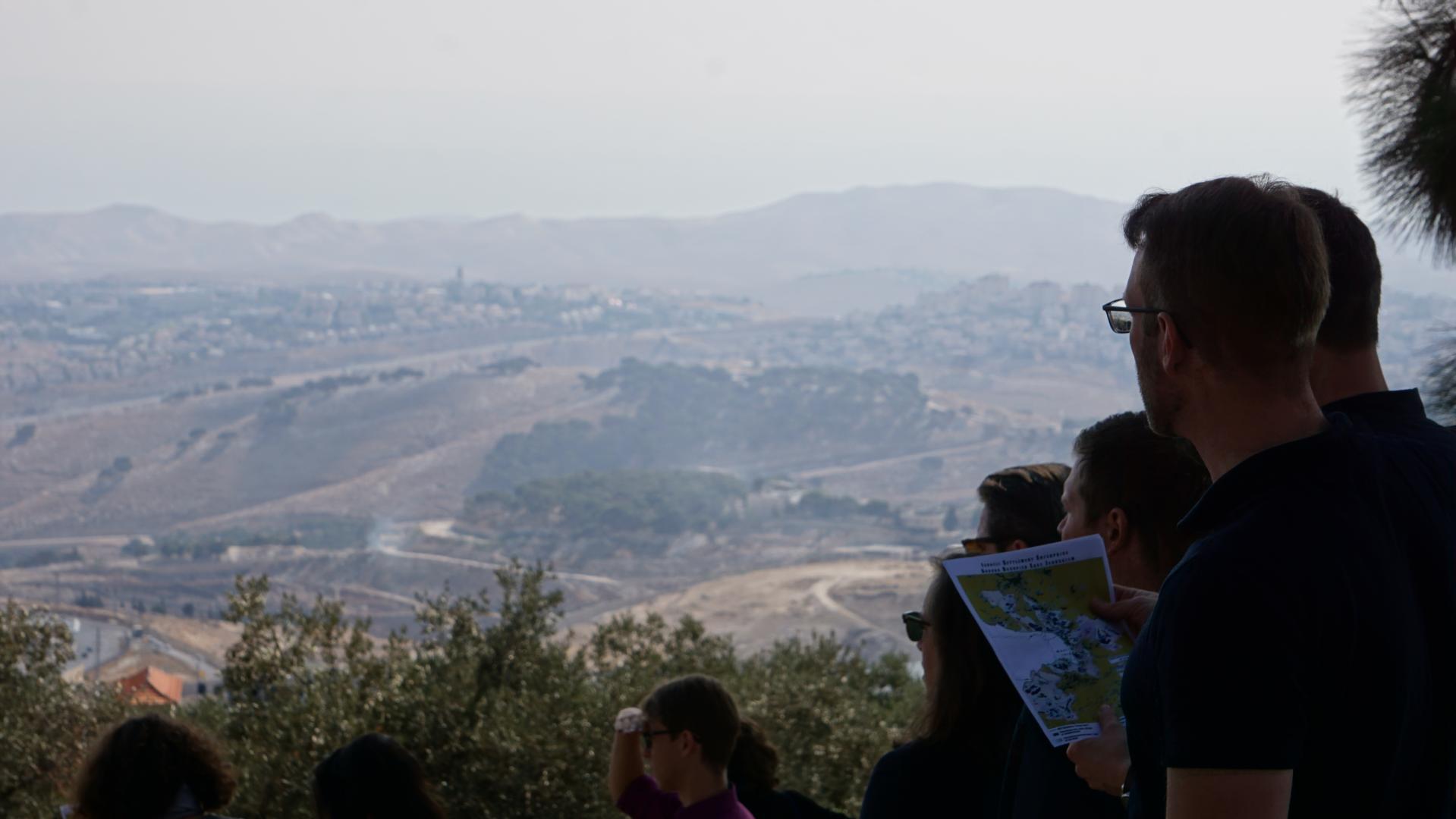 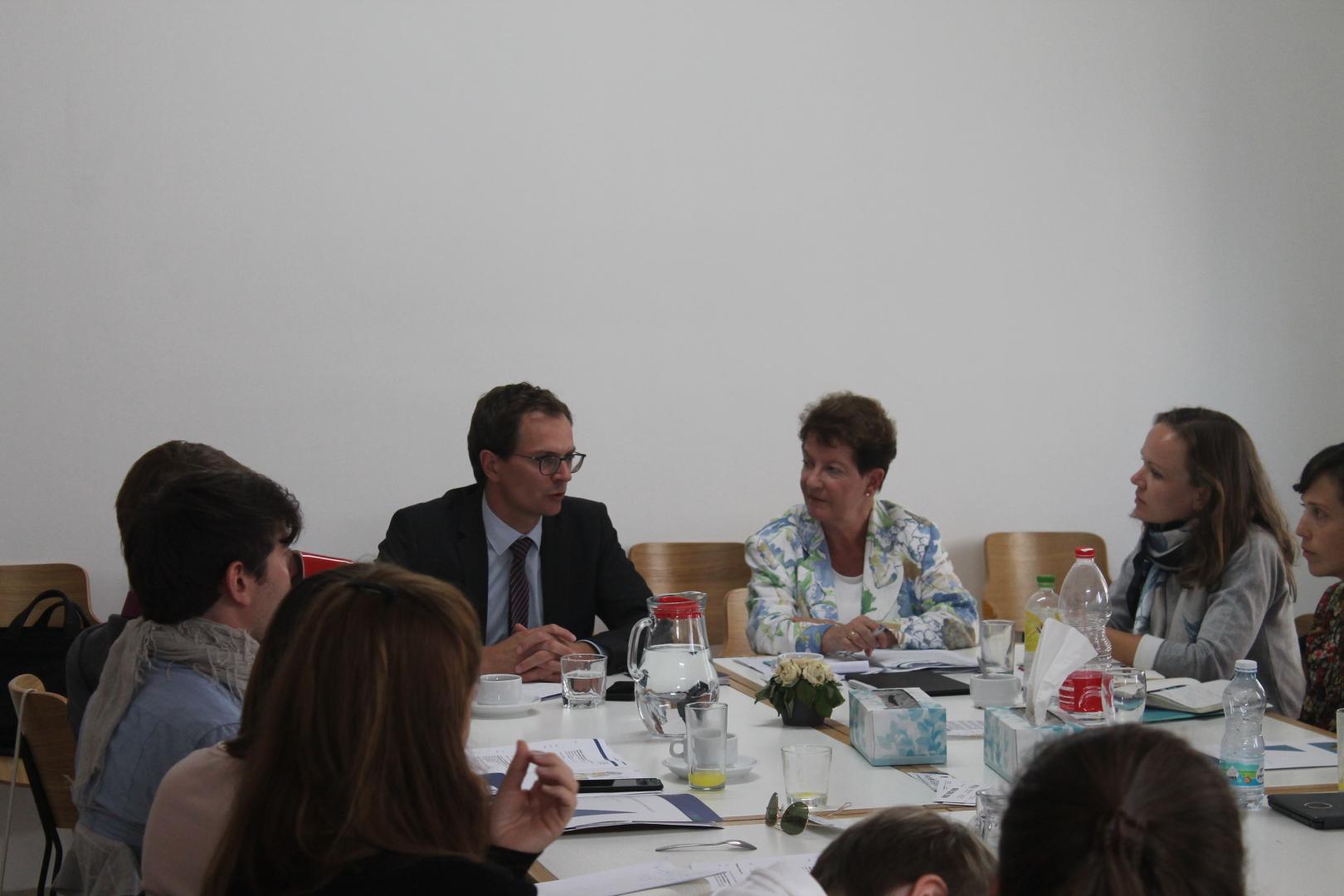 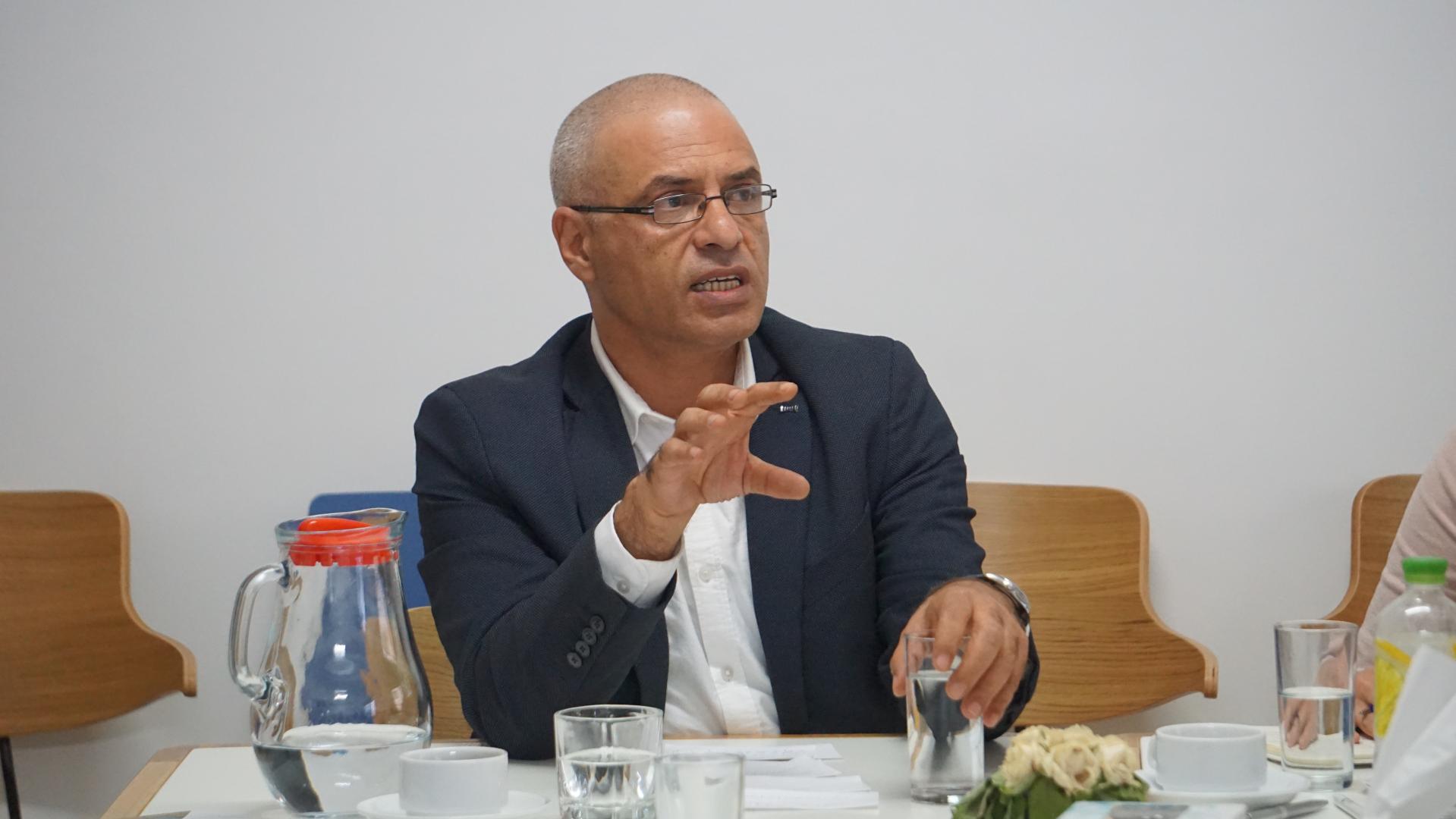 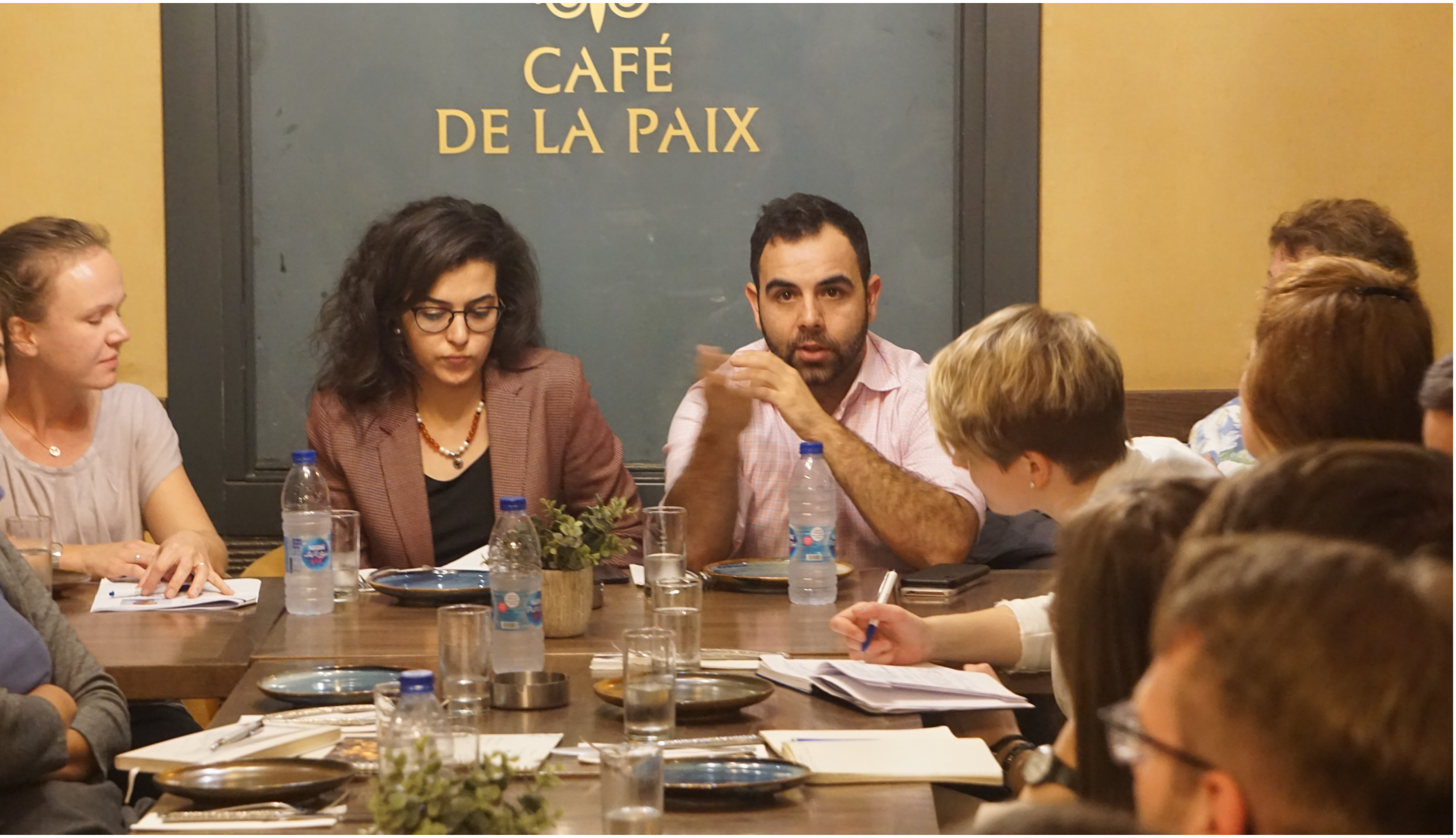 In a geopolitical tour around East-Jerusalem, a communication advisor representing the PLO Negotiation Affairs Department introduced our guests to the political, humanitarian and economic realities on the ground. Overviewing the city from the Augusta Victoria Hospital and the Mount of Olives, the delegation could identify the three settlement rings, the Separation Wall and its checkpoints. While passing the old city and further neighborhoods, the expert provided a basic understanding for the complexity of the situation and its implication to the Palestinian Jerusalemites.

In the afternoon, the delegation proceeded to meet with Michael Herold, the Deputy Head of Mission in the German Representative Office for the Palestinian Territories in Ramallah. The diplomat held a briefing on the political situation and Germany’s position and policies in regard to Palestine. After his presentation, he willingly responded to the question while including his personal assessment and outlook.

Later on, the director of Horizon Center for Political Studies and Media Outrach, Ibrahim Dalalsha, offered insights into the Israeli-Palestinian security cooperation. The former senior political advisor provided details about the unpopular policy of cooperating between the various security forces while emphasizing its importance to the regional stability and future agreements between Palestine and Israel.

In the evening, a dinner-discussion on shrinking spaces in regard to the human rights situation in Gaza and the West Bank took place. Mona Shtayya from the Arab Center for the Advancement of Social Media – 7amleh, and the Israel and Palestine Director at Human Rights Watch, Omar Shakir, informed the highly interested participants about online and offline human rights violations and thereby provided the basis for a lively debate. 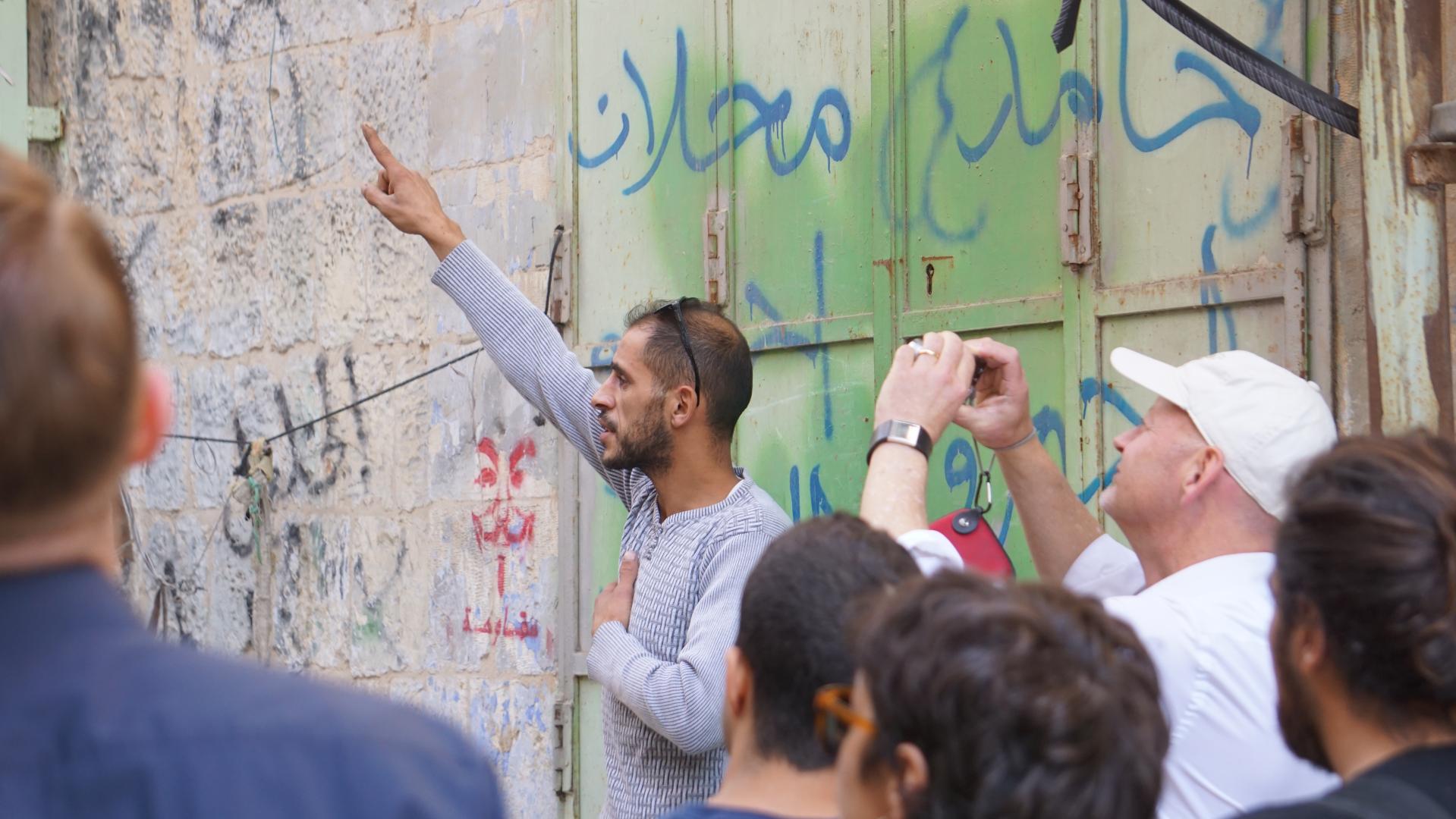 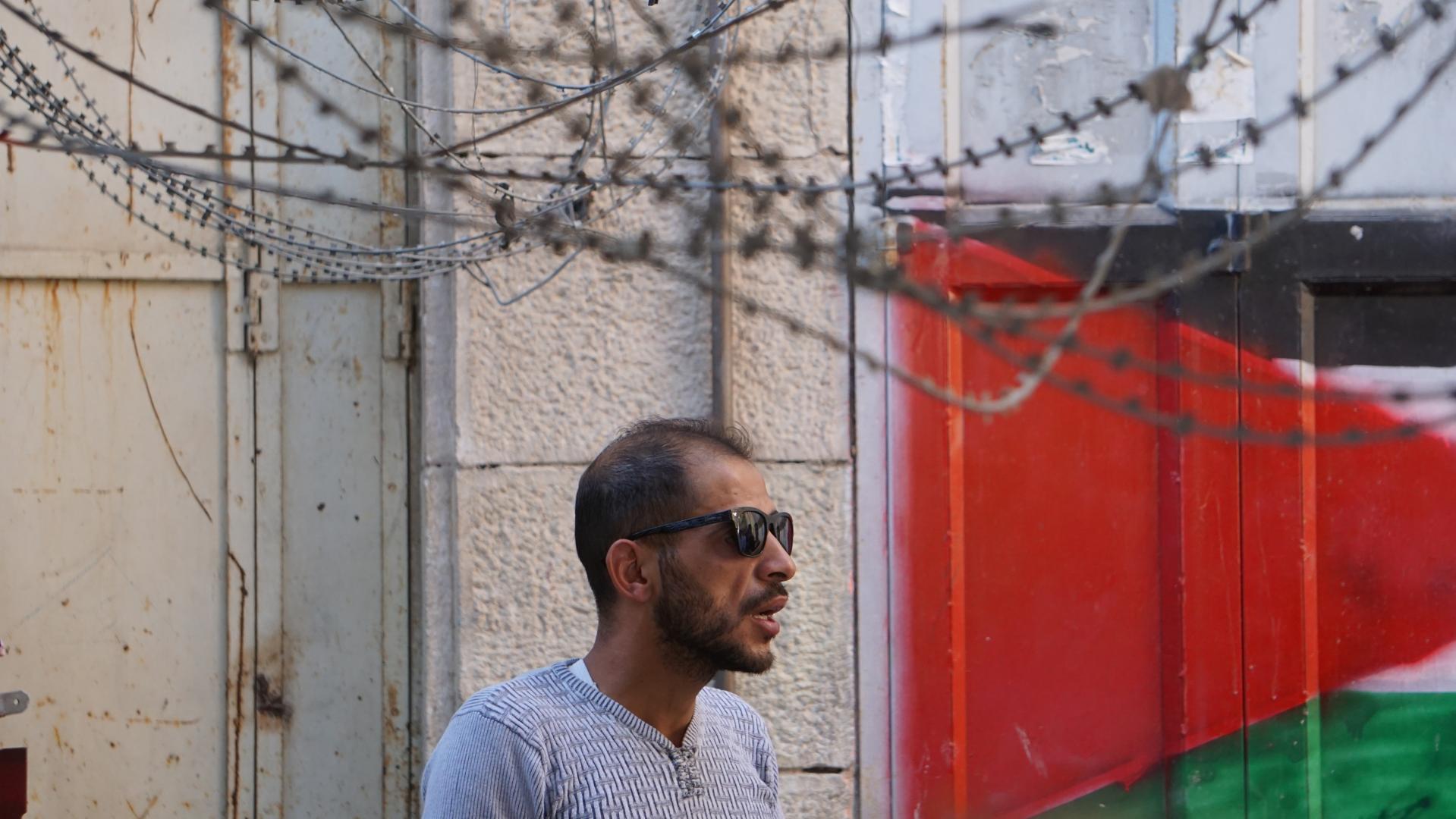 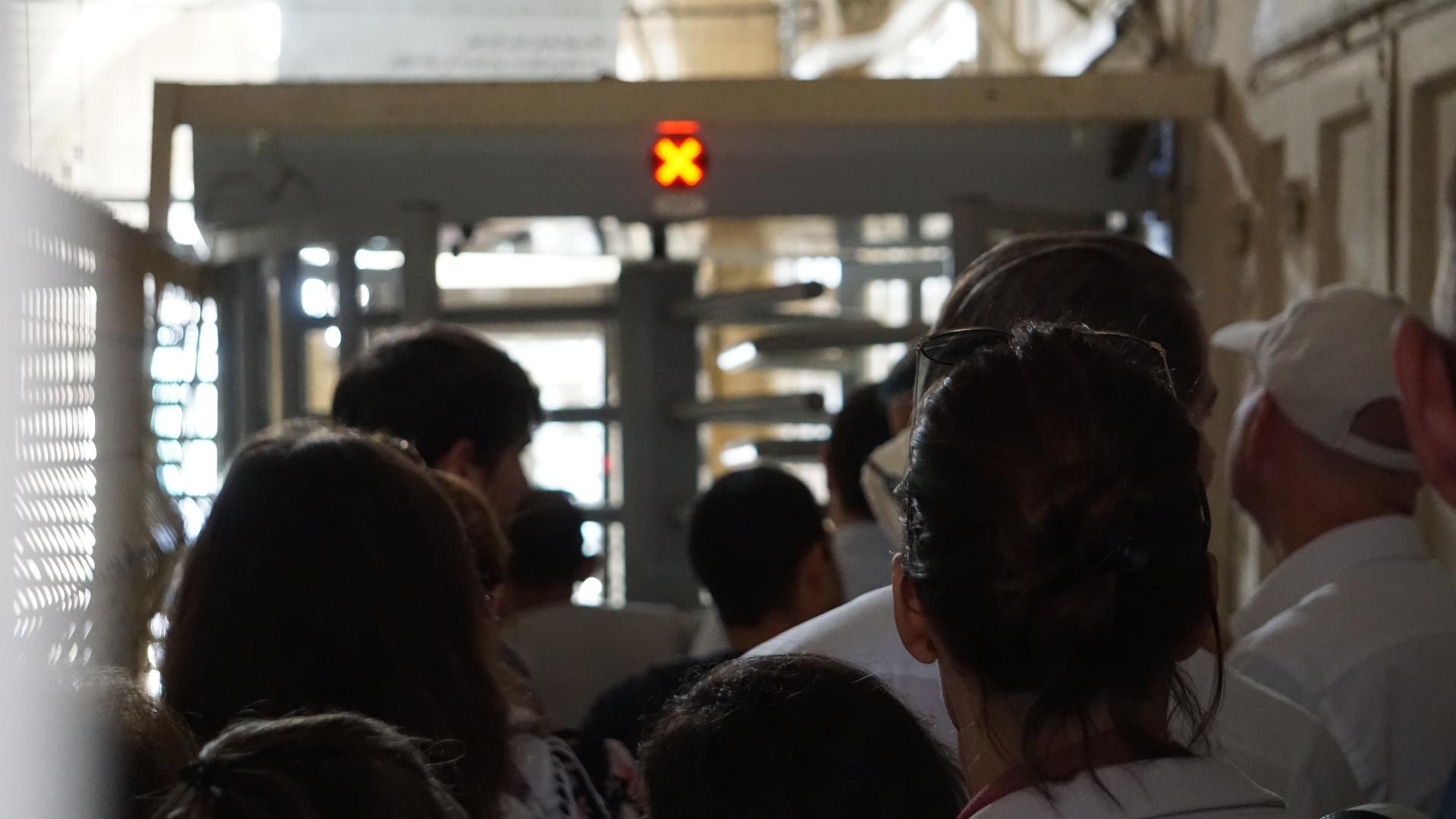 The delegation met with Youth Against Settlement in Hebron, where they were given insights into the Palestinian and legal perspective on settlements. Activists of the nonviolent Palestinian organization showed the group around the old city to present the facts on the ground in the H2 area under Israeli military control.

Back in Ramallah, Prime Minister Dr. Mohammed Shtayyeh welcomed the German delegation in his office, elaborating on the governments’ policies and perception of recent developments. He gave an overview on the future challenges Palestine faces and highlighted Germany’s efforts in supporting Palestine as a reliable partner. 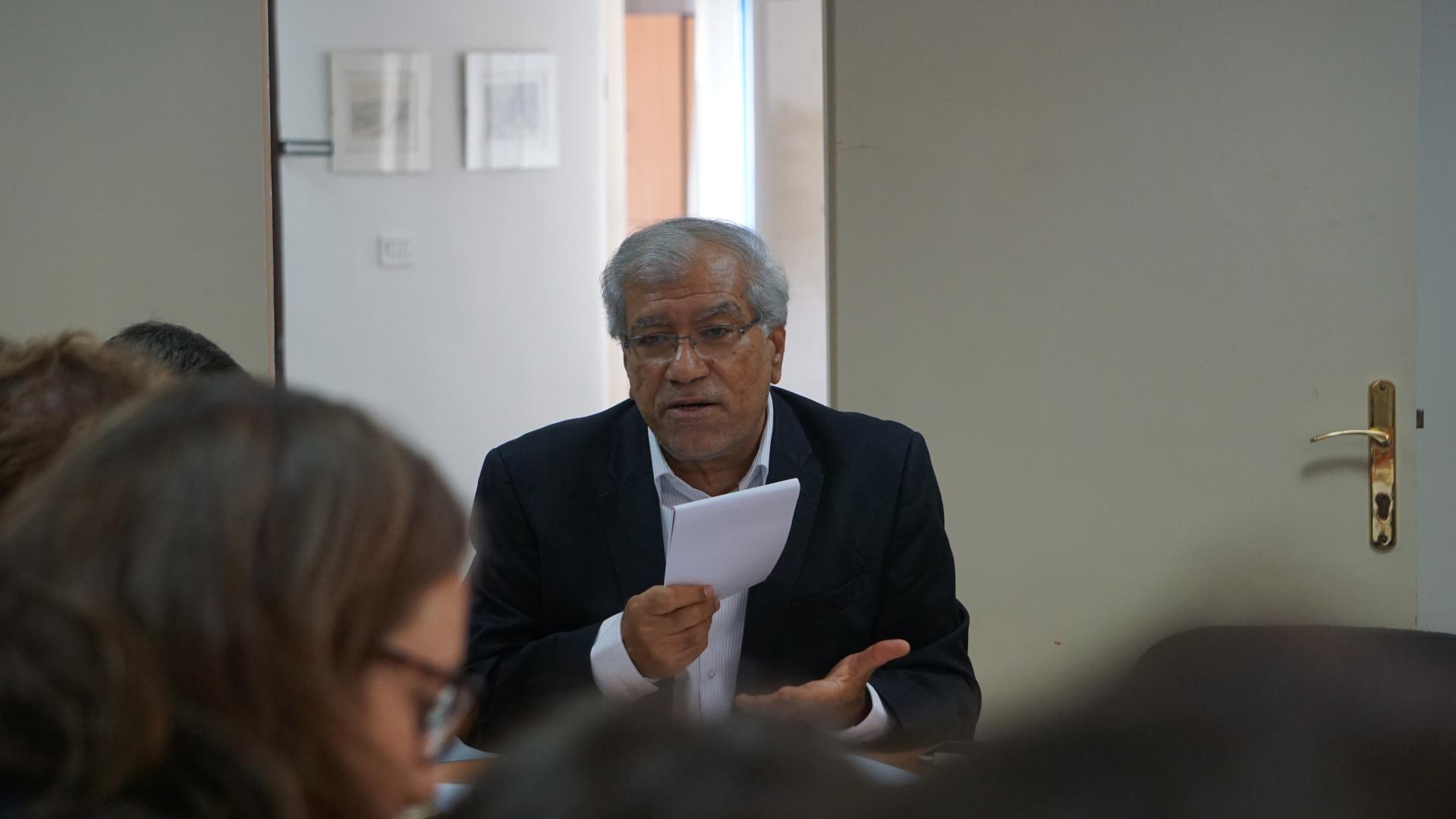 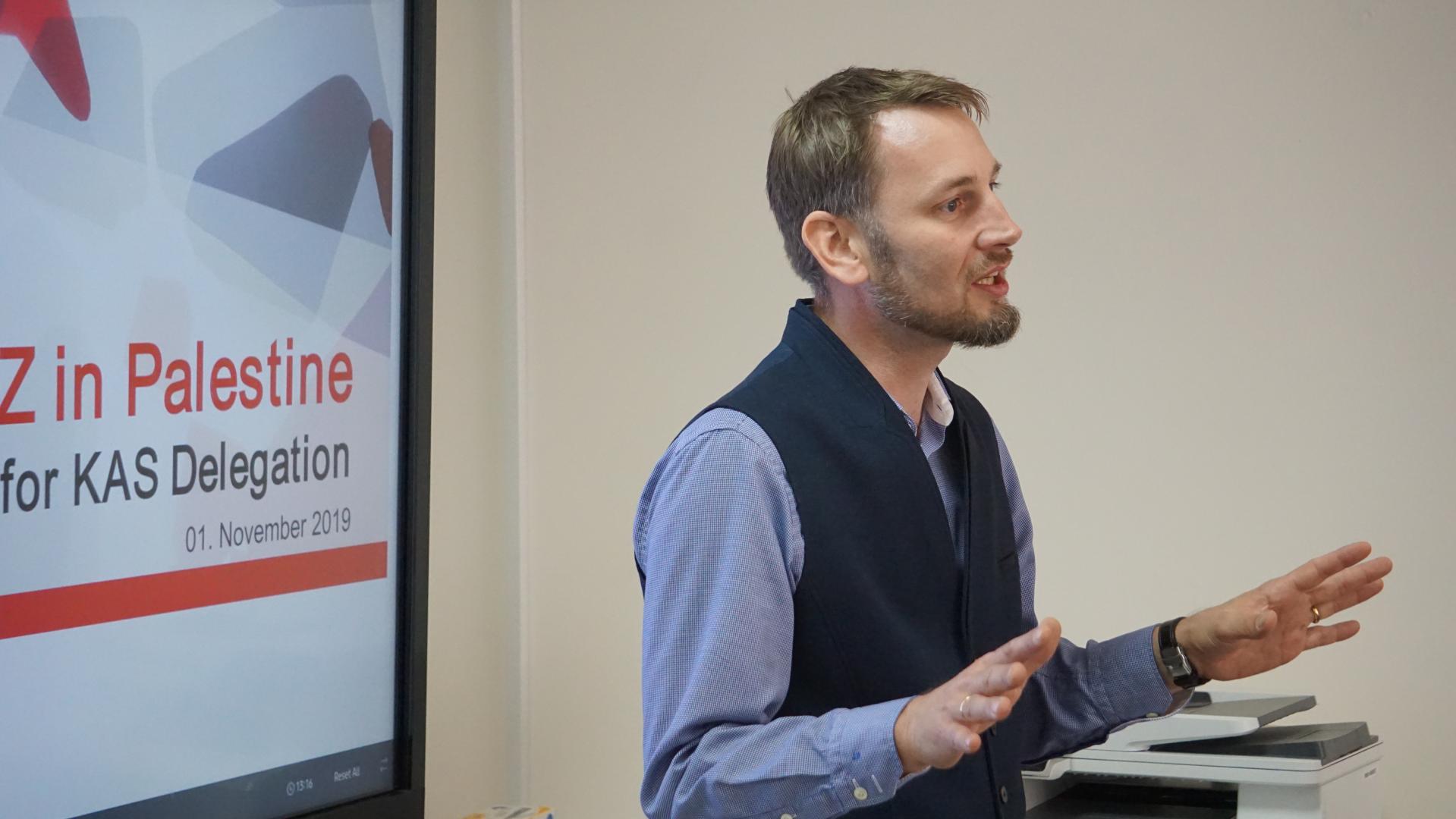 On the last day, the director of the Palestinian Center for Policy and Survey Research, Dr. Khalil Shikaki, presented the main findings of his public opinion polls to provide the group with empirical evidence about the public perception and its implications for the policy-makers.

To conclude the program in the Palestinian territories, the group met with GIZ Head of Program Joachim von Bonin, together with Prof. Dr. Helga Baumgarten, in East-Jerusalem. They jointly informed about the role of the international community in the sectors of security and development in the Palestinian Territories. 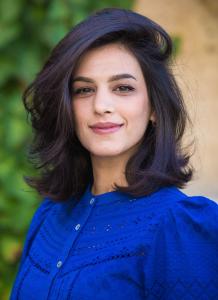