DELGOSEA Midterm Conference - Stakeholders from all Countries Coming Together

DELGOSEA's (Partnership for Democratic Local Governance in Southeast Asia) midterm conference took place on the Indonesian island of Batam from 27 - 28 September. It provided a great opportunity for all actors involved in the project to get together and take stock. Nearly 140 representatives of both pilot and best practice cities, members of local government associations (LGAs), government bodies, speakers from the EU and ASEAN found plenty to talk about, both in plenary sessions and working groups.

The word 'midterm' speaks for itself, and the conference struck a fine balance between looking back, sharing the experience of project implementation so far, and moving forward, drawing lessons for the final year and grappling with the thorny issue of sustainability. How can it be ensured that all these experiences and results are not lost, how can more cities across the region benefit from best practice examples?

One of the highlights was the market place: the 16 pilot cities had put together impressive displays, offering amazing insights into the progress of each city so far. Everybody was keen to share their enthusiasm and draw the other delegates into their world. The participants thronged around the displays, finding it fascinating to see what the other pilot cities were up to and what they themselves could learn from it. It was inspiring to see how far some of the cities have come already!

In three roundtables, the most important issues were discussed: the pilot cities were able to give their perspective on the replication process so far and talk frankly about the challenges they encountered. A common theme was the challenge of adapting the best practices from different political systems and cultures. Encouragingly, quite some pilot cities had found ways of dealing with these challenges encountered and were happy to share their experience with their colleagues from other municipalities. The input of the national coordinators and coaches was very much appreciated; they were able to provide some insider knowledge on the process of the implementation and the challenges faced by the cities. There was general agreement that people's participation was the key to success.

On the second day, the conference was looking ahead - how can DELGOSEA move forward and sustain the impact of the project? Some first ideas were given by Dr Marion Fischer who presented the preliminary findings of the midterm evaluation - encouragingly enough, the project is on track to reach all of its hoped for results on time. Dr Fischer described DELGOSEA as 'a success story', the secrets of its success being, above all, a commitment of all actors involved, a willingness to share and communicate across borders, sound project management and, most importantly, the participation and involvement of the people on the ground, the citizens of the pilot cities.

However, while the project is clearly on track to meet its objectives, the question of what will happen when the EU-funding stops is becoming increasingly relevant. Ideas were put forward by many of the stakeholders, including the representatives of the EU, ASEAN, KAS and UCLG-ASPAC who presented funding and non-funding opportunities for sustainability. The LGAs of each country were brimming with good ideas and presenting information on the progress of decentralization and the role of good governance in their countries. All concerned felt that the mechanism of best practice exchanges should be formally introduced in all LGAs and that a coordination group on both national and regional levels would be useful to oversee future efforts.

The conference ended on a positive note with the project director, Dr Peter Köppinger of KAS, stressing that the pilot cities and LGUs will not be abandoned. Every effort will be made to help them sustain their endeavors and to keep the spirit of DELGOSEA alive.

The DELGOSEA project is management by the Konrad-Adenauer-Stiftung and co-funded by the European Union and the German Ministry of Development Cooperation. Learn more about DELGOSA on www.DELGOSEA.eu.

Representative of the Konrad-Adenauer-Stiftung in the Philippines 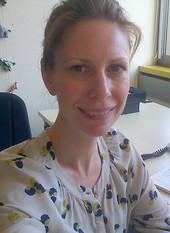 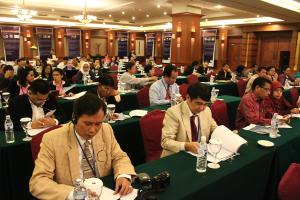