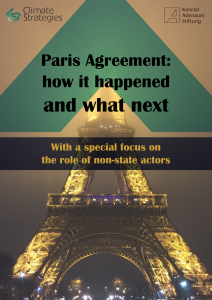 Paris Agreement: How it happened and what next

With a special focus on the role of non-state actors

This report gives an overview of the Paris Agreement and the new global climate system it has introduced; a reflection from of an engaged city-state -Singapore, on how the Paris outcome was achieved and what now has to be done; a description of the new world of international non-state groupings with two key examples of groups of world cities; and a reflection on city-based action by a major city in the developing world – Rio de Janeiro. 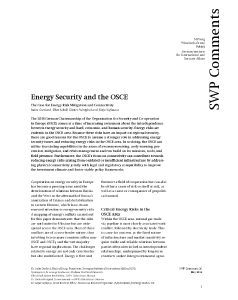 Energy Security and the OSCE

The Case for Energy Risk Mitigation and Connectivity

The 2016 German Chairmanship of the Organization for Security and Co-operation in Europe (OSCE) comes at a time of increasing awareness about the interdependence between energy security and hard, economic, and human security. The publication of the German Institute for International and Security Affairs examines the challenges and provides suggestions for concrete action.Disclaimer: The opinions expressed in this report does not necessarily reflect the official views of Konrad-Adenauer-Stiftung. 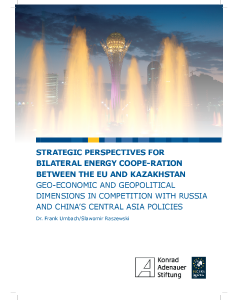 Central Asia is currently gaining a greater momentum in the energy cooperation between Russia, East Asia and Europe. For the region's largest country, Kazakhstan, the question arises of how to implement a sustainable resource and energy policy satisfying the needs of all regions. The study deals with the current situation and discusses possible future developments. It is the outcome of a research project of the European Centre for Energy and Resource Security, funded by Konrad Adenauer Foundation. 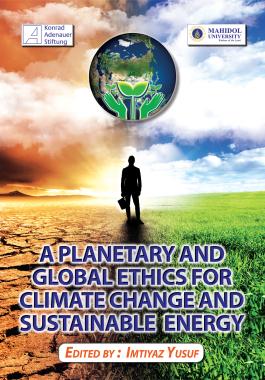 A Planetary and Global Ethics for Climate Change and Sustainable Energy

The articles in this book are drawn from the international conference “Ethics, Climate Change and Energy” which was held on 27-28 November 2014, at Mahidol University, Salaya, Thailand and under cooperation between Konrad Adenauer Foundation and College of Religious Studies of Mahidol University. 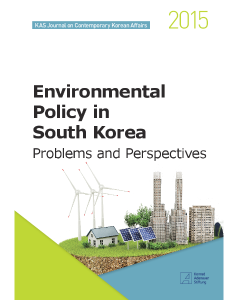 In the 2015 issue of "KAS Journal on Contemporary Korean Affairs" Korean and German scientists write about the country's nuclear policy, renewable energies, the efforts towards achieving the climate goals of the South Korean government and the chances of a green party in Korea. 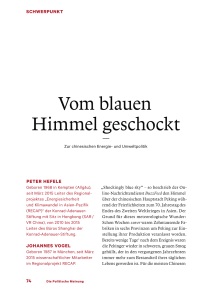 Shocked by the blue sky

Current issues of the Chinese energy and climate policies

Since 2011, China is the world's largest emitter of CO2 - and it's going to produce more greenhouse gases per capita than the current "front runner" US. Can the East Asian country fulfill its responsibility in international climate politics? The following essay in German language provides insights into China's climate and energy policies. 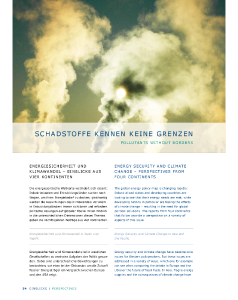 The global energy policy map is changing rapidly: Industrialized states and developing countries are looking to see that their energy needs are met, while developing nations in particular are feeling the effects of climate change – resulting in the need for global political solutions. The reports from four continents provide a perspective on a variety of aspects of this issue. 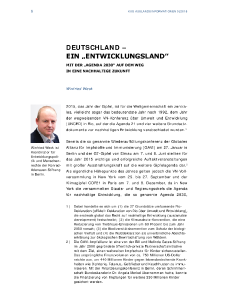 Towards a Sustainable Future with the "2030 Agenda"

The Agenda 2030 is another important step on the way to equal opportunities and better living conditions around the world - a path that began in 1992 with the UN Conference on Environment and Development in Rio. It is a unique global total project, which will pose a number of challenges to the international community in the future. In addition to the Memorandum of Understanding and the list of objectives of the Agenda 2030, its financing framework and the so-called monitoring procedure play a particularly important role.