KAS RECAP jointly organized an international workshop on the future of global gas markets together with the European Center for Energy and Resource security (EUCERS), London, the Energy Studies Institute (ESI), Singapore, and the Atlantic Council, Washington.
November 5, 2015 Ordering Information 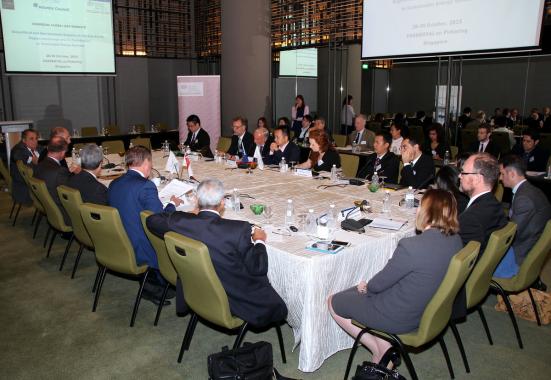 RECAP
The "inner circle" of the high-ranking participants at the KAS RECAP Workshop "Changing Global Gas Markets" in Singapore. 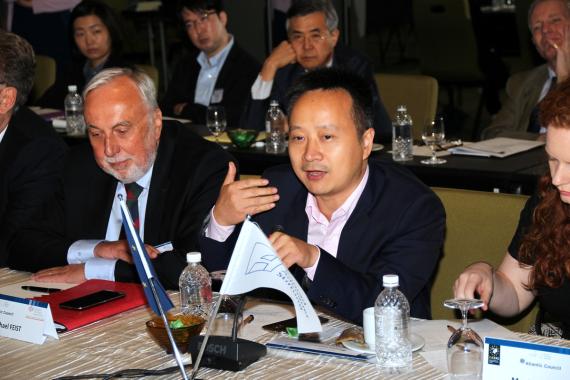 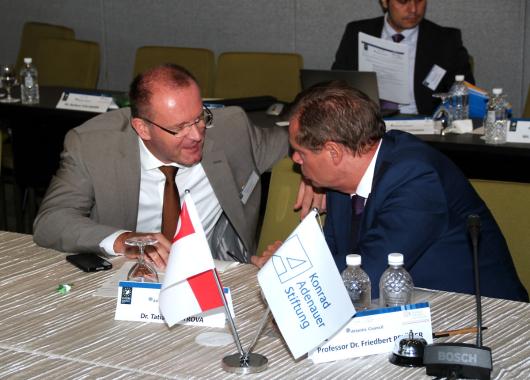 RECAP
Dr Peter Hefele and Prof. Dr Friedbert Pflüger discussing. KAS RECAP and EUCERS were two of the four partners in total cooperating. The result of the preparations was a highly successful workshop in Singapore. 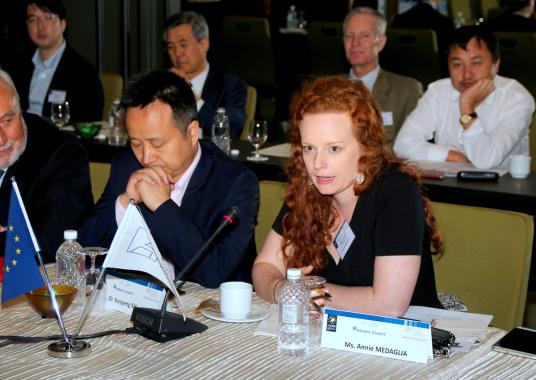 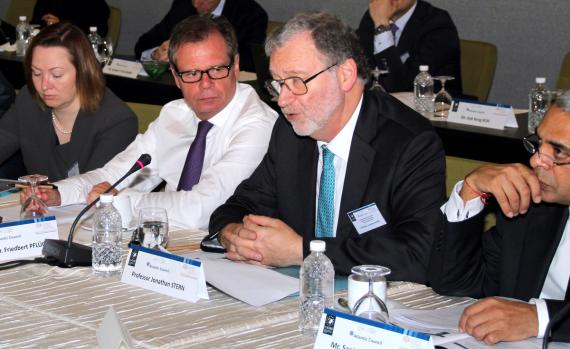 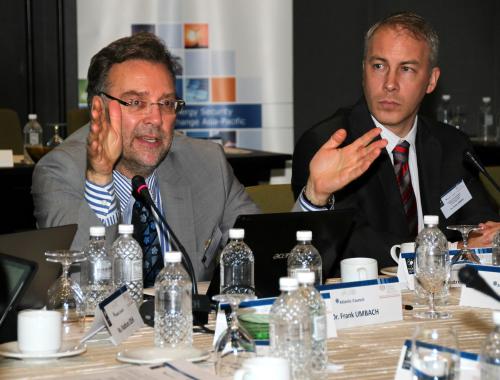 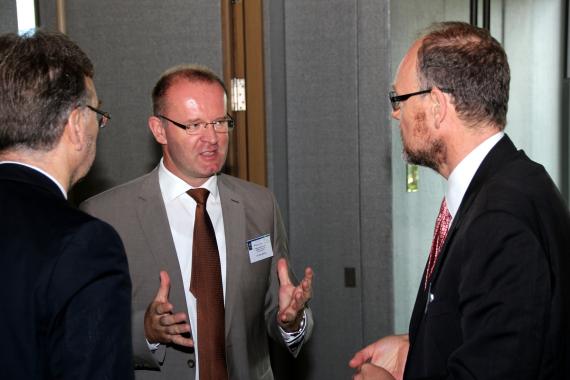 The center of gravity of the global natural gas markets is shifting eastwards. The Asia-Pacific region has already surpassed Europe in gas-importing. The "revolution" in shale gas in the United States has further added to a massive reshaping of the global energy landscape.

What does this mean for decision makers in energy politics and business? Do we have to expect structural changes in energy demand and supply, not least due to technological breakthroughs? What will be Asia's and Europe's role in a future global energy system?

In its first international conference in Singapore KAS RECAP cooperated with the European Center for Energy and Ressource Studies (EUCERS) London, the Energy Studies Institute at National University Singapore (ESI) and the American Council Washington - all long term and renowned partners of KAS in Europe, Asia and the United States.

Participants from gas industry, government and academia provided a high-ranking platform for the exchange of ideas on the political and economic framework of the future gas malarkey so.

The discussion clearly showed that gas markets face great incertainties in mid- and long-term perspectives. Europe will probably reduce its demand on natural gas due to increased efforts in energy efficiency, decarbonisation and climate protection. Despite Europe`s efforts to diversify its energy sources, Russia will remain the main supplier for Europe. As storage capacities remain the bottleneck for increasing the amount of renewable energy, `power to gas` might become a viable option.

Most participants agreed that gas will become an important energy source for Asian countries. The region will see the emergence of new hubs and Asian markets will play an important role in a new pricing mechanism which will be decoupled from oil. In respect to security, pros and cons of an increased contribution of gas to the energy mix had been discussed. Despite the flexibility of sea-bound gas transportation systems, security threats remain and land-based pipelines will play in important role in the future, too.

Given the advantages of established LNG producers, i.e. Quatar, and the comparatively low market prices on LNG, new potential producers, i.e. Australia or Iran, will not play an important role in mid-term perspective. Thus, investors will remain reluctant to increase capacities.

From the perspective of climate change mitigation the contribution of gas should not be overestimated as coal will remain the major source of primary energy in Asia for the next decades.

For a more detailed reporting see the attached document.

EUCERS and KAS will draft more detailed policy recommendations in the following weeks.

All partners agreed to continue the analysis also on other energy markets. The next joint conference will probably deal with coal and nuclear power. 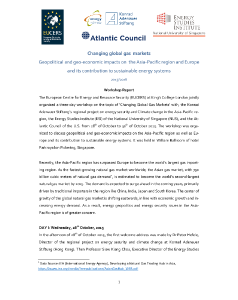