Online training with the judge and expert for public relations Ingrid Kaps (President of the District Court in Erding, Germany)

The Rule of Law Programme South East Europe (RLP SEE) of the Konrad Adenauer Foundation in cooperation with the judge and trainer Ingrid Kaps and the Centre for Training in Judiciary and State Prosecution in Montenegro organized an online training on public relations and press work at courts for Montenegrin judges and spokespersons.
May 26, 2021 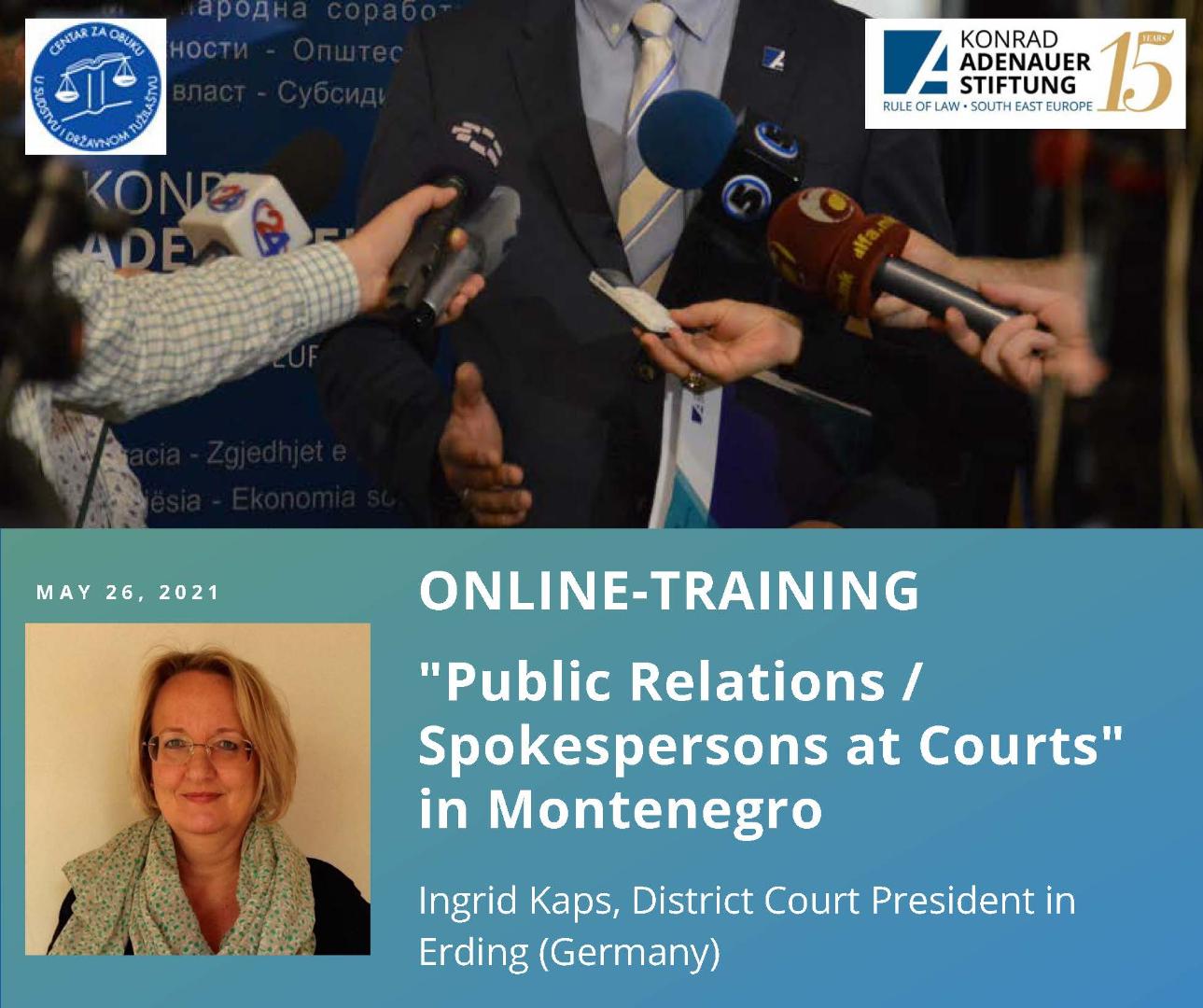 At the beginning, the Head of the RLP SEE, Hartmut Rank, as well as the President of the Steering Committee of the Centre for Training in Judiciary and State Prosecution, Ljiljana Lakić, welcomed the expert Ingrid Kaps and all participants of the online training. Both emphasized the importance of good public relations at courts in order to ensure, among other things, the trust of citizens in the judiciary.

Afterwards, Dr. Mahir Muharemović, Programme Coordinator and Research Associate of the RLP SEE, introduced Ingrid Kaps. Ms. Kaps began her training with a round of introductions so that each participant could briefly talk about their previous experience with public relations and have the opportunity to express their personal expectations of the training.

The training was divided into four thematic sections in which Ms. Kaps covered selected aspects of public relations and press work at courts, which she underscored with lively examples from judicial press work in Germany. After each thematic section, the judges and spokespersons were invited to ask the German trainer questions and share their experiences in discussion rounds.

Ms. Kaps first focused on the question why press work should be done at all. She pointed out the importance of a trusting relationship between the courts, journalists and the media. In this regard, she emphasized that the judiciary should reduce its concerns about the media and that reporting on the work of courts could rather be of benefit to them: in particular, to communicate the sensitive and demanding work carried out by the judiciary to the public.

The topics of reacting to inquiries and scandals as well as acting press work were also discussed. Ms. Kaps encouraged the participants to approach journalists proactively and to report not only on criminal but also on civil proceedings. She described a format of active reporting in the context of her work as a spokesperson of one of the largest district courts in Germany. There, she regularly reported on practical cases from civil law, such as a decision on liability for damage caused by roof avalanches during snowfall. Such cases, which are close to the realities of life for citizens and especially consumers, received a large response in the media.

In addition, Ms. Kaps stated that press releases in non-public proceedings, especially in juvenile and family cases, must be handled restrictively in order to protect the parties involved in the proceedings. In this context, Ms. Kaps also presented the tension between the presumption of innocence of the accused and the demand for press information. Ms. Kaps explained that it is essential to agree precisely at what stage of the proceedings and in what form information about criminal proceedings can and should be provided.

The Montenegrin judges participating in the exchange of experiences actively contributed and emphasized the importance of more extensive training for spokespersons in Montenegro.

Here you will find the program for download: Report_Public Relations and Spokespersons at Courts in Montenegro_finalEN.pdf 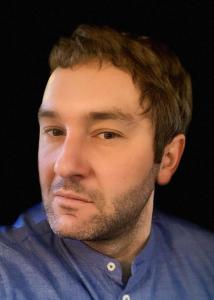