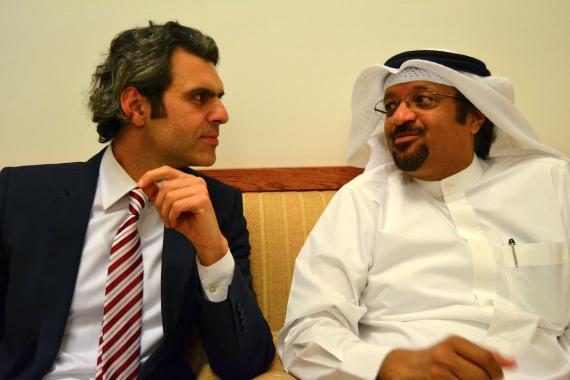 KAS RPG
At the invitation of the KAS Regional Office Gulf States, Ali Aslan, renowned journalist from "Deutsche Welle" - on the picture along with Kuwait City`s Deputy Mayor, Osama Al Duaij - discusses the role of media in interreligious dialogue with state and civil society representatives. 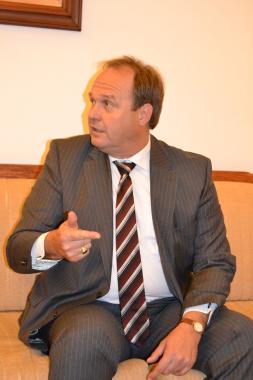 KAS RPG
The event at the "Al Duaij Family Diwan" was attended by distinguished guests, among them the German Ambassador in Kuwait, Eugen Wollfarth. 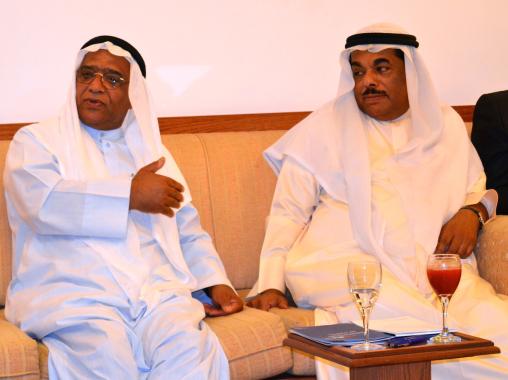 KAS RPG
Kuwaiti state and civil society representatives took the opportunity to share their views on the responsibility which media have in interreligious dialogue. 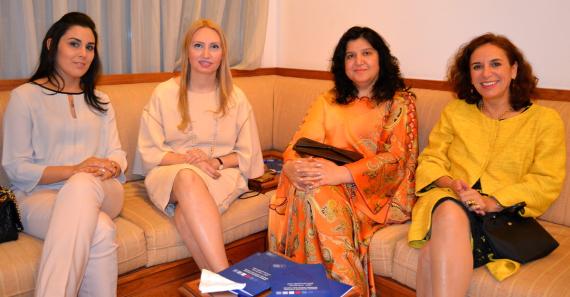 KAS RPG
The event took place at the "Al Duaij Family Diwan", a typical platform for social and political debate in Kuwait. 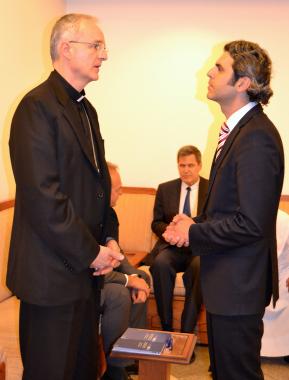 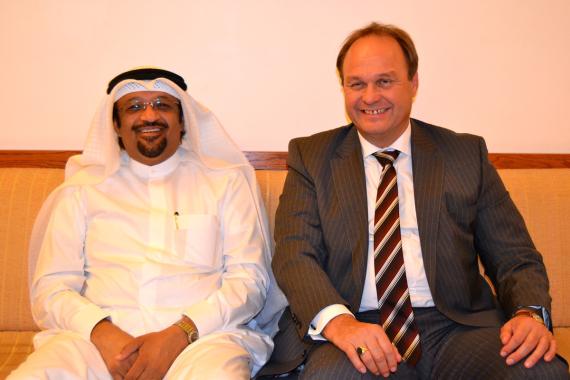 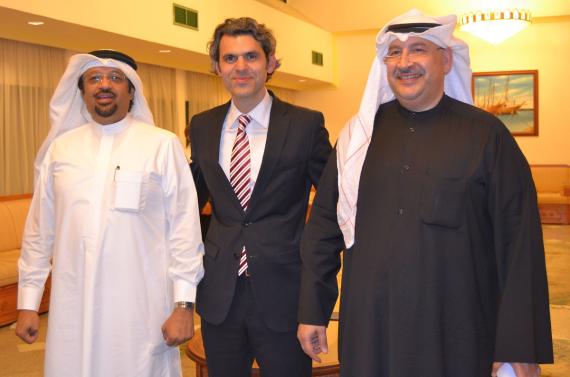 Media reporting can have a powerful, yet potentially devastating impact on the relations between religious creeds. On the one hand, a free media environment holds the promise of educating the public about other religious and cultural beliefs and promoting tolerance. On the other hand, overly negative or insensitive coverage can also contribute to a deterioration of interreligious relations. This ambivalent role of media was central to the presentation held by Mr Ali Aslan and the subsequent discussion with the audience on invitation by Konrad-Adenauer-Stiftung at the Al Duaij family diwan in Kuwait City on 31st March 2014.

Attended by representatives of Kuwait’s government and civil society as well as the ambassadors of Germany, the United States and the Holy See, Mr Aslan provided a riveting account of the risks and opportunities the modern media landscape holds in interreligious dialogue, drawing on his long-standing experience as an international journalist and co-founder of the “German Islam Conference”, a high-profile government initiative aimed at improving relations between Germany’s large Muslim community and the state.

As Mr Aslan, a German citizen of Turkish descent, explained in the subsequent discussion with the audience, interreligious dialogue used to be mainly a matter of high-level talks between religious dignitaries, rather than a true dialogue between peoples of different religious creeds. Only with the spread of a professional, globalised media, and even more so with the advent of social media, did an opportunity for a true people-to-people exchange arise.

However, the emergence of a globalised news cycle and the rising popularity of unmediated communication channels like Facebook and Twitter also presents news editors with their own set of challenges. Indeed, the ability of news stories to spread around the globe in a matter of seconds and the lack of a mutual awareness of each other’s cultural and political traditions can also make for an explosive mix in which news items are consumed bereft of their original cultural and political context, as the infamous example of a series of cartoons depicting Prophet Mohammad, published in 2005 by a rather small Danish newspaper, has shown.

With this amplified power, journalists also bear a greater responsibility, cautioned the veteran reporter. Newsmakers who try to cover stories that touch up on religious matters have to strike a delicate balance between upholding long-standing democratic principles such as freedom of expression and bearing in mind the cultural norms of audiences abroad.

Moreover, in this increasingly public, but decentralised discourse, journalists and news editors more than ever have a responsibility to educate and straighten the facts, acting as key interlocutors for the publics at home and abroad.

Indeed, drawing on his own experiences, Mr Aslan identified overly negative and insufficient media coverage as a key source of misunderstanding and distrust between the West and Arab world. “We simply do not know enough about each other”, he added. However, at the end of the day, the media industry is a business like any other, Mr Aslan stressed. And as a business, news corporations only publish what they can sell and, unfortunately, this often precludes positive stories from being reported.

At the same time, news organisations in many countries are still tightly regulated and operate in an environment that lends itself to manipulation by the government or other interest groups. In the absence of a tradition of a free, pluralistic press, many people are simply not able to become what Mr Aslan termed “media literate” consumers; a concept he defined as the ability to critically consume news reports by reading between the lines and embedding stories in the context of their larger picture, rather than taking them at face value.

This is why a free press is an indispensable prerequisite for the development of an informed public and the promotion of religious tolerance and mutual understanding, argued Mr Aslan, not without lauding the State of Kuwait for its efforts to ensure greater media freedom in the emirate.

Yet, at the end of the day, the audience concluded, this is not only the responsibility of media alone, but also other institutions of civil society that have to contribute their share to fostering mutual understanding and tolerance; a fact to which the mixed attendance of women and men, Christians, Sunnis and Shiites, Arabs and Westerners in a traditional Islamic institution such as the diwan bore silent testimony. 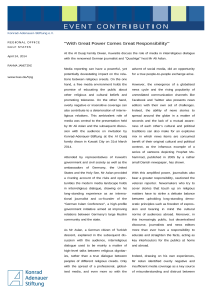 The Role of Media in Interreligious Dialogue