Awards for civic engagement in the Gulf Region

In the presence of high-ranking representatives of the civil society as well as the public and private sectors, the fourth annual ceremony of the Civil Society Leaders Awards took place on 11 December, 2012. The event was organised by the renowned, independent Omani Think Tank Tawasul, in cooperation with the KAS Regional Programme Gulf States.
December 17, 2012 Ordering Information 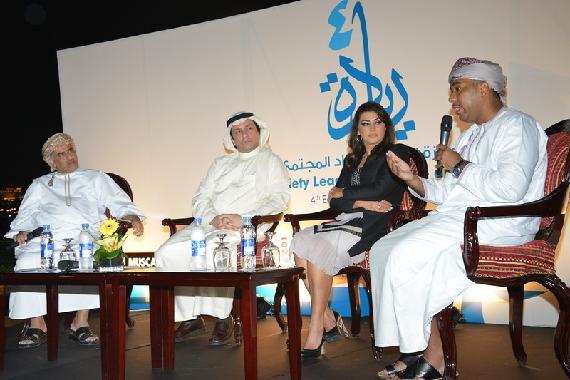 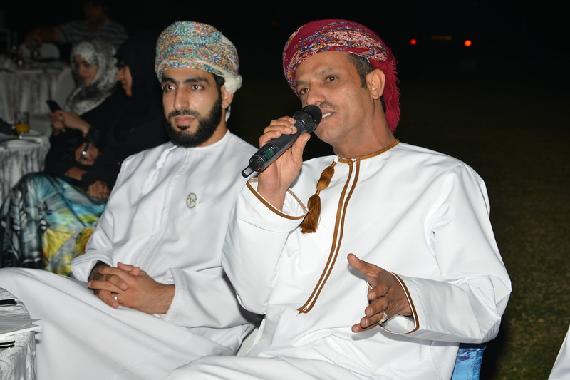 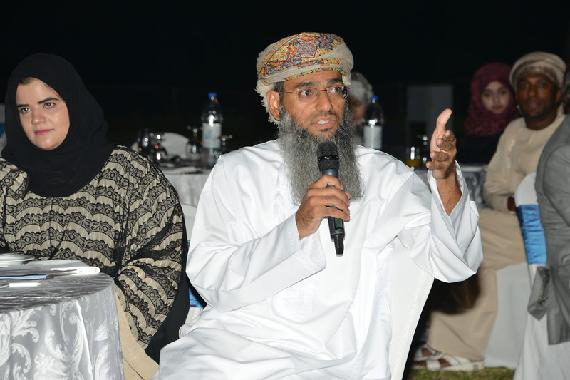 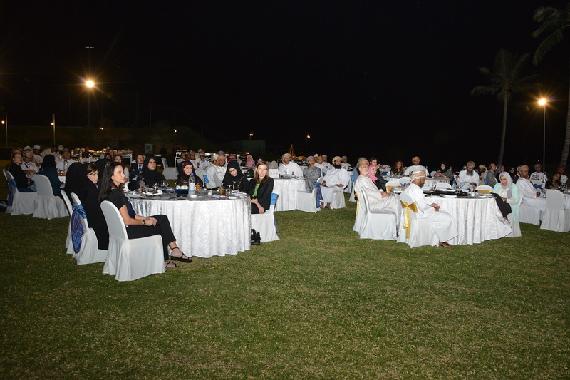 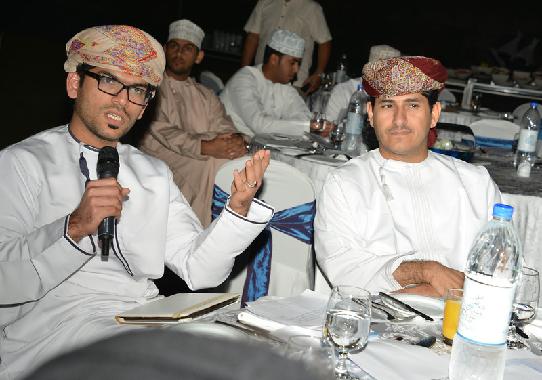 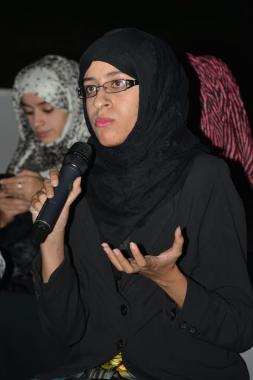 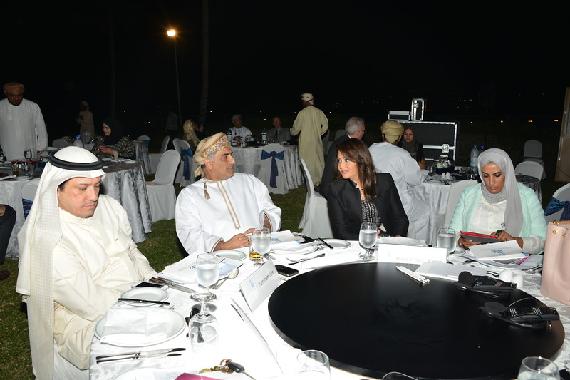 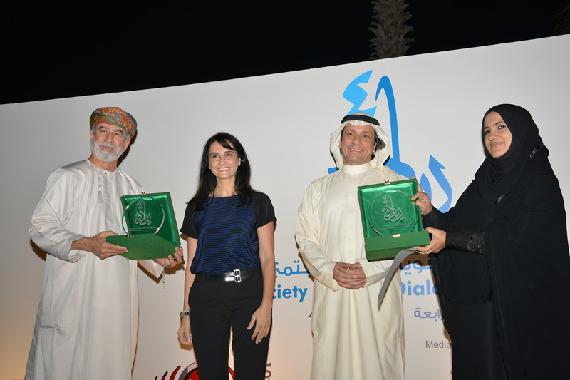 Representatives of "Dar Al Atta" and the "Environment Society of Oman" receiving the "Award of Civil Society Institution of the Year". 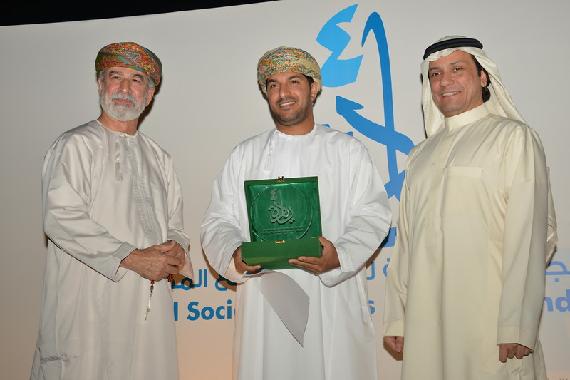 Dr. Mehdi Jaaffar, Board Member of Tawasul and Mr. Hammam Zare awarding the "Best Social Initiative of the Year, public institution" to the "Information Technology Authority" for their project "Digital Oman". 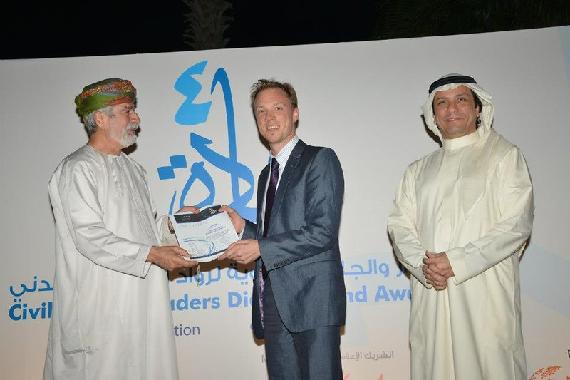 The awards honour extraordinary individuals, organisations and projects in the region for their commitment to civil society and outstanding contribution to sustainable social and economic development. For the second time, organisations from all six member states of the Gulf Cooperation Council (GCC) were invited to compete for the awards.

More than 100,000 people had voted online for their favourite candidates. These votes determined 40 per cent of the results. The decision of an international jury of well-respected figures from all three sectors determined the remaining 60 per cent.

Amongst the final candidates, who were nominated in three main categories, were organisations and individuals from all GCC States. The award for the Civil Society of the Year was shared by two Omani organisations: “Dar Al Atta” and “Environment Society of Oman”. Whereas “Dar Al Atta” is an initiative that aims at helping individuals with financial limitations, “Environment Society of Oman” campaigns for an increased awareness of environmental issues among the Omani society. Awards were also handed over to “Petroleum Development Oman” (best social investment initiative, private sector), the “Information Technology Authority - Digital Oman” (best social investment initiative, public sector) and the campaign “Clean Oman”, an initiative mainly using social media to create awareness among the Omani society of environmental topics in general and a platform for public effort against reckless dumping of litter in particular.

Khalid Mohammed Al-Shabibi (Oman) was recognised as Civil Society Leader of the Year for his dedication to promoting the road safety concept in Oman. Moreover, Recognition Awards went to the “Bahraini Women’s Association for Human Development” for its efforts to improve the situation of women by building the capacity of future leaders in the field of human development as well as to the “Group 29”. “Group 29” is a newly established initiative of Kuwaiti women working to guarantee social justice and equality to all people as well as combating discrimination against the stateless inhabitants of Kuwait.

Referring to the speech of his Majesty Sultan Qaboos bin Said during the official opening of the Council of Oman´s new building on 12 November Tawasul Founder Khalid Al Haribi emphasised the importance of a dialogue between the public, private and civil society sectors. To him, it is necessary to agree on common values and interests in order to work hand in hand for the well-being of the country. In his welcoming speech Al Haribi said: “I regret that the civil society currently is running parallel to the other sectors. I think with constant exchange of opinions and joint projects we might complement each other and create synergies.”

The ceremony was opened with a “Dialogue on Best Practices of Cooperation between the Private, Public and Third Sector”. Mona Hussein Al Abdulrazzaq, founding member of the Kuwaiti organisation “Group 29” pointed out that in this context, the right of freedom of thought and freedom of speech is not only an inalienable human right but also essential for a cross-sectoral cooperation.

This view was shared by Hammam K. Zare, Director of the Saudi “Society of Majid Bin Abdulaziz for Development and Social Services”. Zare added that social media and professional networks in this area play a key role and that only networks are in a position to bridge the communication gap between the sectors. Zare also underlined the importance of volunteer work and the development of competences to create more enthusiasm for the work of civil society organisations. The participants of the panel discussion agreed that this work is a major contribution to the well-being of society.

Among the approximately one hundred guests attending the ceremony were international figures such as high representatives of the American, Dutch and Spanish Embassies and the Ambassador of Kuwait.

Fourth Awards for Civil Society Engagement in the Gulf