Local Self Governance in South Asia: Problems and Prospects

On 8 March 2016 a regional seminar on legal issues in the relations between the central government and member states in Bangladesh, Bhutan, India and the host country Nepal was held in the Nepalese capital Kathmandu.
March 28, 2016 Ordering Information 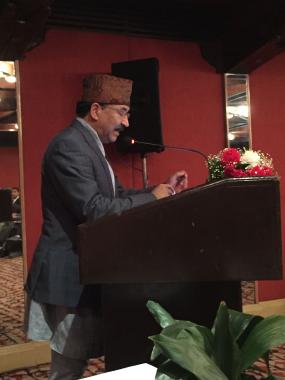 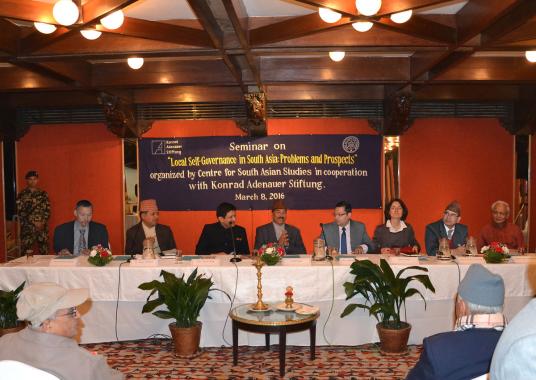 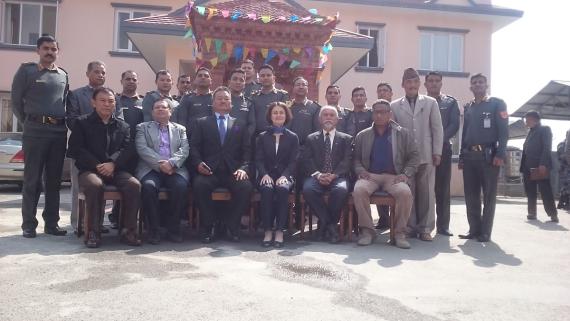 The event with nearly 50 participants including parliamentarians, representatives from political science and law as well as journalists was organized by the KAS Rule of Law Programme in cooperation with the Centre for South Asian Studies (CSAS).

In Nepal a new constitution defining the country as federal state took effect in September 2015. Matters of decentralization and the federal state system, in particular the demarcation between the provinces, however, continue to be discussed in a very controversial manner. In this context, there is keen interest in exchanging experiences with the large southern neighbour India, the much-quoted largest democracy of the world, as well as with other countries in the region, such as Bangladesh and Bhutan. While India is organized as a federal state, Bangladesh and the Kingdom of Bhutan have central governments with elements of decentralization by local structures with concededly varying efficiency.

The event was ceremoniously opened by the Deputy Prime Minister of Nepal, Kamal Thapa, by lighting an oil lamp according to Nepalese custom. He said that the timing of the seminar was well chosen because the government had started preparing for local elections in the country and was driving them with top priority, given that for more than a decade there had been no such elections, but the corresponding local institutions would be headed by representatives of the central government. Thapa stressed the government’s aspiration to give substance to the federal structures stipulated in the constitution, especially as they enable the population to exercise their democratic rights.

In the subsequent statements by the Nepalese and foreign participants the advantages and challenges of the respective state systems were discussed, in particular, the question to what extent central governments give room to federal or at least decentralized structures, not least by granting financial means, for example, by tax revenue and capacity building on local level.

The keen interest in this subject area was also apparent when the Head of the Rule of Law Programme Asia, Gisela Elsner, visited the APF Command and Staff College of the Armed Police Forces, which were interested to learn about the organization and competencies of the police in the Federal Republic of Germany. A short presentation on the federal state system in Germany at the National Law College of the Tribhuvan University followed by a discussion with students of a master programme showed that the young generation too harbours both hope and scepticism regarding the development of the form of government in Nepal under the new constitution.