On 21st and 22nd August 2018 the workshop for traditional leaders of the Traditional Authority Kampingo Sibande took place in Mzimba. For two days, 53 participants were introduced to the new land law in Malawi. The workshop was financed by KAS and carried out in cooperation with the organisation partners Farmers Union of Malawi (FUM) and LandNet Malawi. The workshop was also accompanied by Mzimba Community Radio. The workshop is aimed at capacitating traditional authorities to consider the codified law and strengthen the position of women in issues of land use and land ownership. The workshops are intended to cover the developments of the land law reform process in Malawi and specific legislations in the new land law that support and protect women’s land ownership rights.
October 12, 2018 Ordering Information 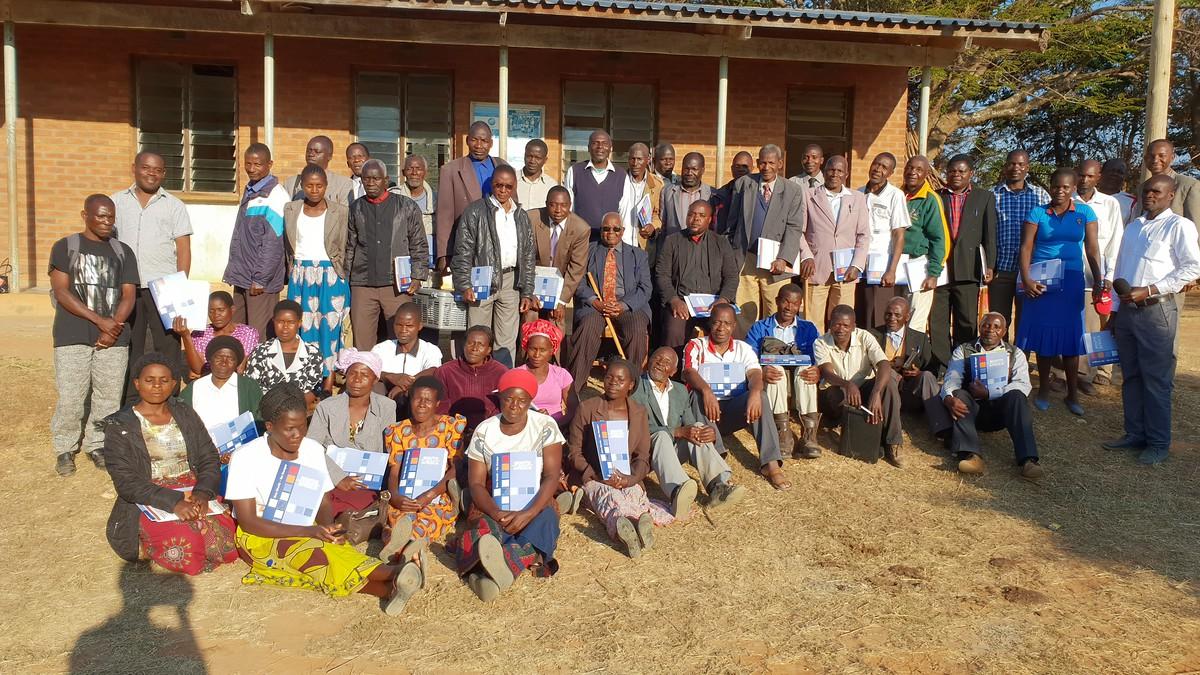 1. Objective of the activity

The training for traditional leaders in Mzimba North was aimed at empowering traditional authorities to consider codified law and strengthen the position of women in issues of land use and land ownership. The workshop intended to cover the developments of the land law reform process in Malawi and specific legislations in the new land law that support women’s land ownership rights.

The intended outcome was that future actions of trained traditional leaders will be within the codified law as mediators and protectors of women’s rights. It was further anticipated that the training would strengthen their understanding of how positive aspects of customary and statutory laws can be used to protect and promote land ownership and land use rights of women.

2.1. Actors financing and organising the event

The workshop was fully financed by KAS. In collaboration with KAS, the Farmers Union of Malawi (FUM) was the main organising partner and the LandNet Malawi land governance expert-Mr Emmanuel Mlaka was the main workshop facilitator. The Mzimba Community Radio producer was present to record workshop proceedings and interview participants while the KAS Coordinator Dr. Samson Lembani provided facilitation and logistical support.

The workshop took place at Eswazini in Traditional Authority Kampingo Sibande, in Mzimba for two days (21-22 August 2018) and targeted 45-50 traditional leaders. In total 53 participants attended, which included 13 female representatives from women CBOs and youth groups. Mzimba community radio estimates its audience at above one million listeners from districts surrounding Mzimba. Targeting Mzimba district is very strategic considering that this predominantly patriarchal society does not recognise the separate right of a woman to own and hold land in her own right. In the northern region, inheritance of land and property rights is through males.

Workshop content was mainly delivered through interactive plenary discussions. Participants were free to ask questions and make contributions. The first day included a group discussion in which participants were asked to recall case studies on women land rights from their communities which occurred before the new law and analyzed them in relation to the new land law. On the second day, a panel discussion about women’s land rights took place to test the extent to which the workshop content was understood. The workshop covered the following five main presentation sessions:

This topic gave an overview on land pressure due to competing interests on land. It discussed land administration challenges where traditional authorities are formally recognized as having the right to control the use and allocation of customary land within their jurisdictions. The presentation also covered weaknesses that existed in the old land law, especially how it marginalized women and orphans resulting in landlessness and inequalities in land access to the poor. It also related to initiatives for eradication of hunger and poverty which depend largely on access to land and natural resources.

It illustrated how the present land law and policy in Malawi is traced through the formal declarations of British authority over Central Africa and how as a result, the natives lost ownership and control of land under the ambit of certificates of claim and the fiction that all land was vested in the British Monarch. The session zeroed in on processes the country has gone through to reform the land sector resulting in the passage of new legislations in 2016.

c) A summary of key changes in the new land related laws:

This session sought to orient the participants on the new land laws, especially the Customary Land Act and the Land Acquisition (Amendment) Act. The approach was that participants would identify some provisions or processes in the outgoing land law and the facilitator would explain how that has changed under the new land law. For instance, the new land law does not only provide equal opportunities but has specific provisions aimed at protecting women and children from land dispossession. The establishment of local structures (customary land tribunals) for land dispute settlement was viewed as a major break-through since land complaints were heavily stagnating at magistrate courts for years.

The fact that the law provides for equal gender representation does not resolve the customary challenge of a deeply entrenched negative mentality of men that women are only good for labour and reproduction. Therefore, women should be capacitated and their confidence enhanced to choose women of influence.

The Customary Land Act 2016 also provides the freedom for families to register either as individual citizens, or as a family of citizens. The risk is again the negative attitudes against women that may result in land being registered in men’s names.

The new land law promotes the right of women to own land and to hold leadership positions in land matters. Further, by registering customary estates as private land, spouses and children would be better protected fromland grabbing when deceased.

At the beginning of the workshop the facilitator received, in plenary, expectations and concerns of the participants the workshop. Some were the following:

b) To know whether government was, under the new land law, planning to influence apportionment of land

c)To verify rumours that customary land owners will now be paying taxes annually to government on their landholding once registered into Customary Land Estates.

d) Whether the new land law was seeking to take away land administration powers from traditional leaders and give them to the CLC the Land Clerk.

In the end, the participants were asked questions about these fears and they correctly answered them, an indicator that they now had answers to most of their fears.

b) The women who attended the workshop were empowered and motivated to champion women land rights advocacy and participate in land decision making.

c) Chiefs who participated have been exposed to the need to deal with gender discrimination in land administration based on the new law.

e)There was an outcry for more meetings considering the new land law, the massive changes in land administration and its impact on customs and traditions. 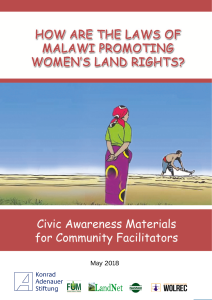 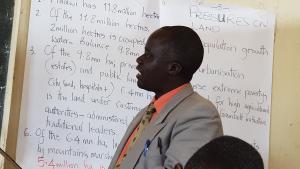 A participant makes a group presentation in plenary 21.08.2018 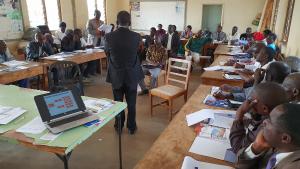 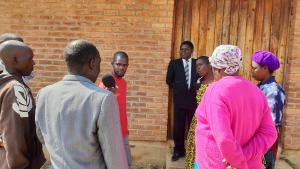 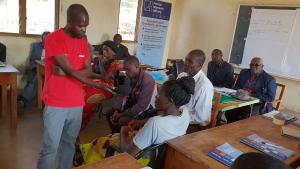 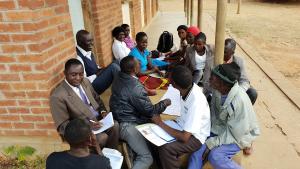