Freedom of Expression and the Dark side of Social Media

On the 28th of July 2018, the Konrad Adenauer Foundation in cooperation with the Centre for Constitutional Rights (CFCR) hosted a discussion on the topic of “Freedom of Expression and the Dark side of Social Media”.
July 30, 2018 Ordering Information 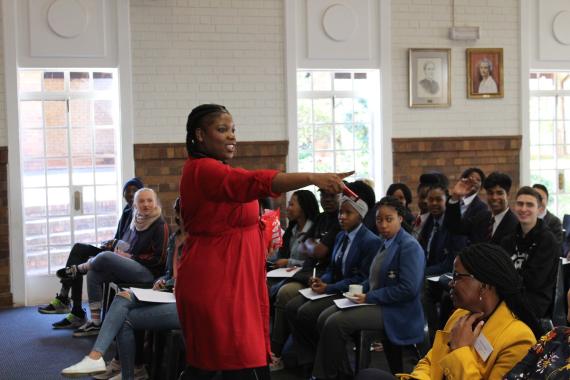 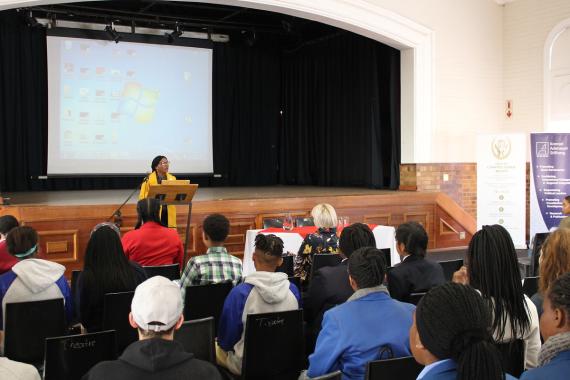 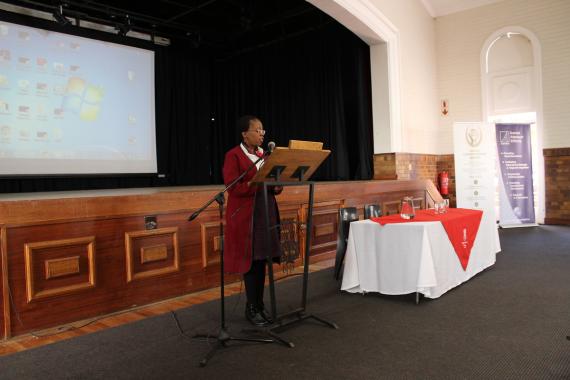 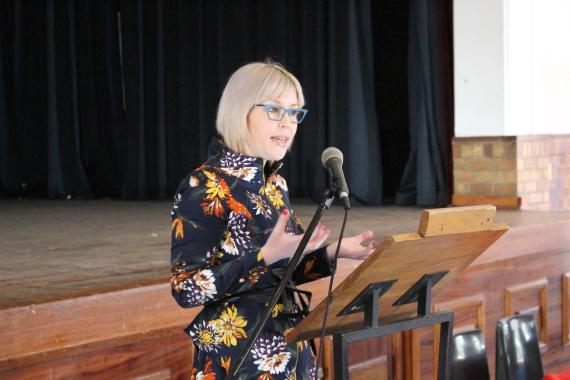 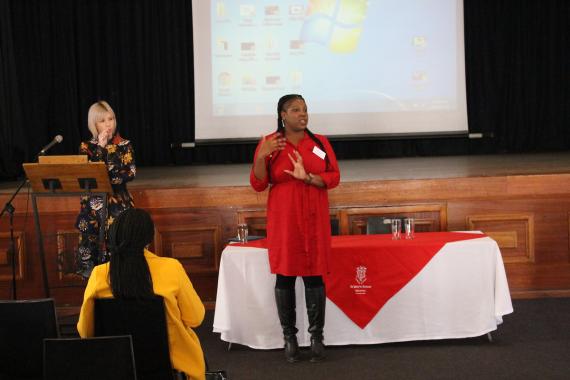 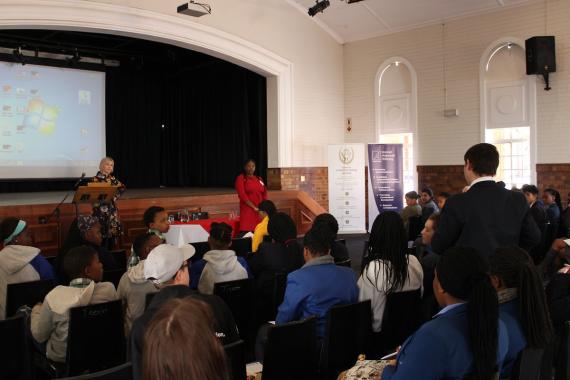 The students actively engaged in the Q&A session. 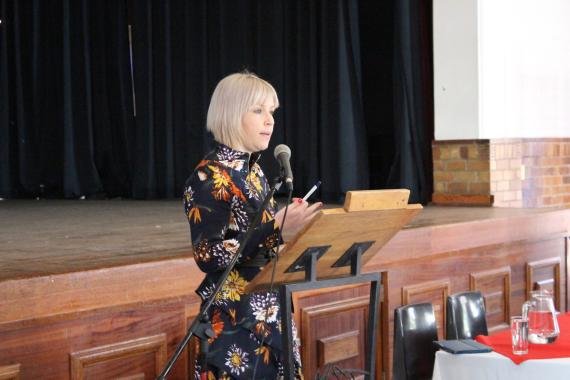 Ms. Karyn Maughan was happy to answer questions and elaborate on certain aspects of her presentation. 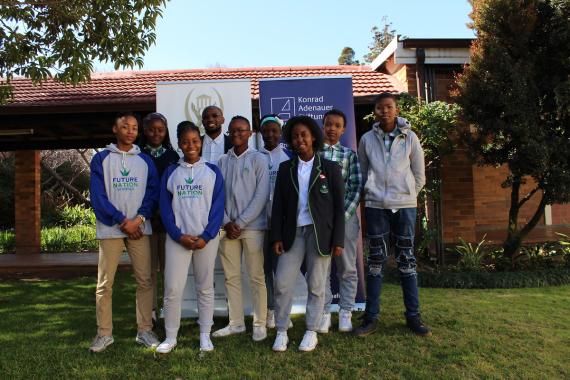 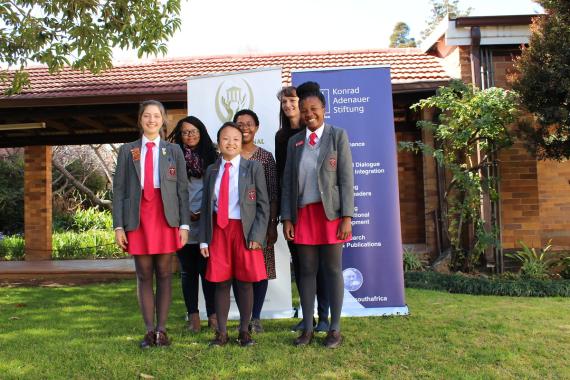 A group of students from St Mary's School, Waverley. 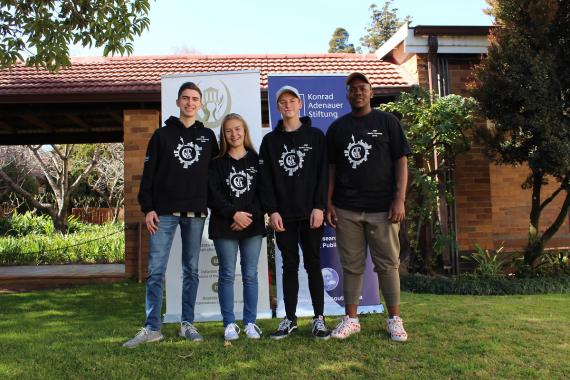 A group of students from Johannesburg Junior Council. 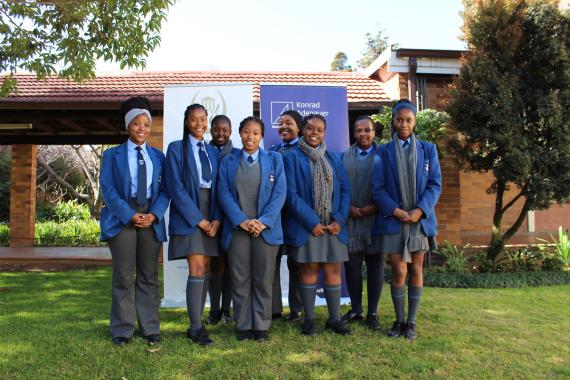 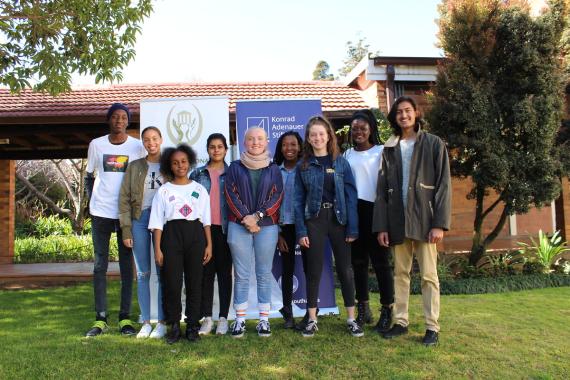 A group of students from Deutsche Internationale Schule Johannesburg (DSJ). 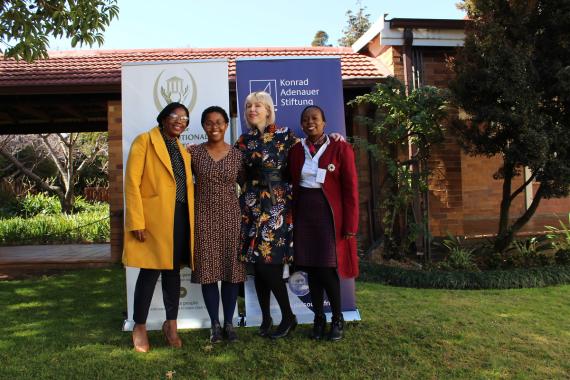 The public event, which took place at St Mary's School, Waverley in Johannesburg, was attended by over 50 learners and their educators from six different schools (St Francis College, St Martins School, Deutsche Internationale Schule Johannesburg (DSJ), St Mary’s School, Waverley, Future Nation Schools, Fleurhof, and Johannesburg Junior Council). The overarching goal of the event was to unpack a constitutionally-enshrined right: freedom of expression but also to empower learners to make informed decisions regarding responsible Social Media use in the digital age. The learners were provided with an opportunity to engage on the topic with an expert, as well as their peers.


The event started with welcoming remarks given by Ms. Phephelaphi Dube (Director, Centre for Constitutional Rights), Ms. Nancy Msibi (Project Manager, Konrad Adenauer Foundation) and Ms. Tinhiko Nkuna (Deputy Headmistress, St. Mary’s School). Ms. Phephelaphi Dube began her welcoming speech by introducing the young learners to the work of the Centre for Constitutional Rights while she highlighted the importance of the Constitution, particularly, the right to express yourself. She pointed out that it is essential to discuss the limits of freedom of expression, especially with regard to Social Media and the digital age we live in.


Ms. Nancy Msibi shortly introduced the work of the Konrad Adenauer Foundation, its worldwide engagement, projects and partners with the aim to promote sustainable democracy, good governance and the rule of law. Thereby, she stressed the importance of youth empowerment and education. Thereafter, the discussion was officially opened by Ms. Tinhiko Nkuna who thanked the Konrad Adenauer Foundation and the Centre for Constitutional Rights for facilitating this event. During her speech, she shed light on the role of educators within awareness-raising of advantages and disadvantages of Social Media.


In order to actively engage the students, Ms. Rebecca Sibanda (Legal Assistant, Centre for Constitutional Rights) introduced an icebreaker. The students were asked various questions regarding the Constitution as well as the political system in South Africa. The learners enjoyed the exercise and answered the questions attentively.


Afterwards, Ms. Karyn Maughan (Author, and Award-winning Broadcast, Radio and Print Journalist) gave a speech on the topics of freedom of expression, pitfalls of social media as well as cyberbullying but also the potential of social media to facilitate activism and positive change. With the help of visual content in forms of videos, pictures and quotes from Twitter, Ms. Karyn Maughan informed the learners about the role and presence of social media while she reflected upon her personal but also other’s Social Media personality.


According to her, four basic rules apply within conscious use of Social Media:


After addressing potential pitfalls of Social Media, Ms. Karyn Maughan also presented various examples of Social Media as an incredible force for good while she stressed the power and impact of Social Media. One such example is online activism and digital media’s ability to reach many people over a short span of time. She encouraged the students that their Social Media presence should be reflective of who they are while they should be selective about the content and conscious about the use and impact of language.


After the presentation, the audience was provided with the opportunity to ask questions, raise concerns, or elaborate on certain aspects. The learners participated actively in the discussions and raised an extensive amount of questions. Within the discussion, a reoccurring theme was celebrities’ or politicians’ online representation and whether their status protects them from legal action.


Ms. Phephelaphi Dube clarified that this represents a perfect example of the disconnect between law and ethics as respect for the truth and actual facts is absent. In the light of fake news, causes and consequences of individuals’ digital footprint were discussed. Another theme of discussion was cyberbullying while Ms. Karyn Maughan provided the learners with advice on how to cope with cyberbullying. The learners can for instance seek comfort and support from family, friends, their community, as well as teachers and other school staff while muting or blocking the bully was also suggested.


Once again, the role of educators was emphasized within the discussion, especially in terms of educating students about the consequences of Social Media use. Ms. Karyn Maughan closed the discussion session by encouraging the young learners to evaluate their own safety and, therein, freedom of expression and speech and to ask themselves the following questions:

She, thereby, argued that individuals’ self-protection can solely be ensured if intensions within the respective Social Media content are clear and coherent.


Overall, the learners were well-informed about the topic which was reflected within their active engagement and participation in the discussions. Their thorough arguments about individual but also communal use of Social Media provided the base for a fruitful debate.


The report is accessible online. 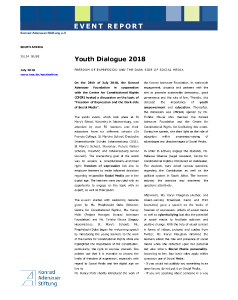