Together with the Supreme Court’s Criminal Division for Persons Holding Political Positions (SCP), the Konrad Adenauer Foundation in Thailand held a seminar in Trang Province to inspect assets of the persons holding political positions and state officials in order to prevent corruption and promote transparency between the state and its citizens.
November 24, 2014 Ordering Information 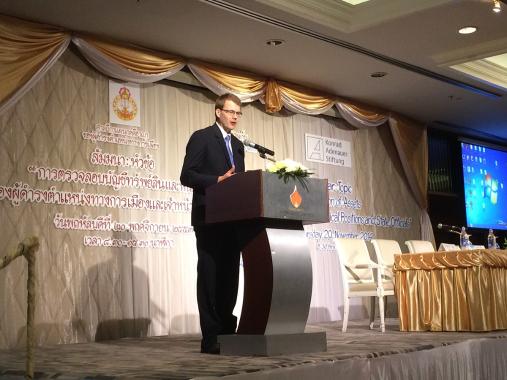 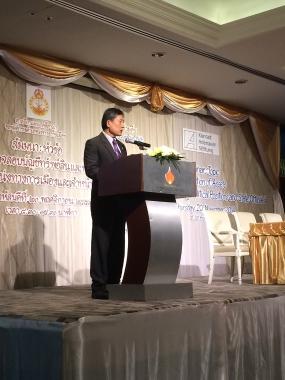 KAS
Judge Somsak Parisutohemtanon, the Vice-President of the Supreme Court, opening the event 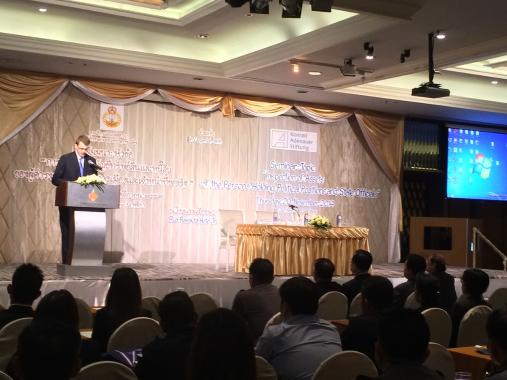 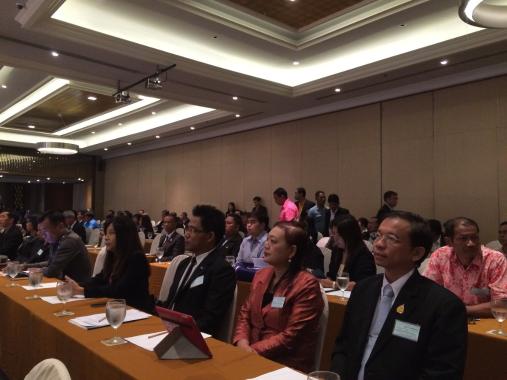 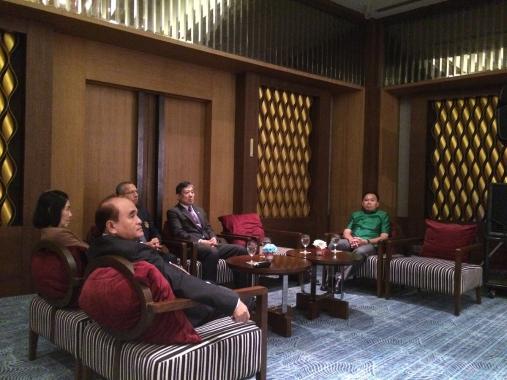 KAS
The panel speakers listenng to the opening ceremony 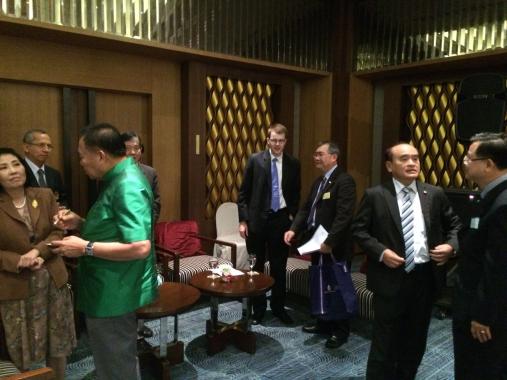 Discussion of panel speakers during the break 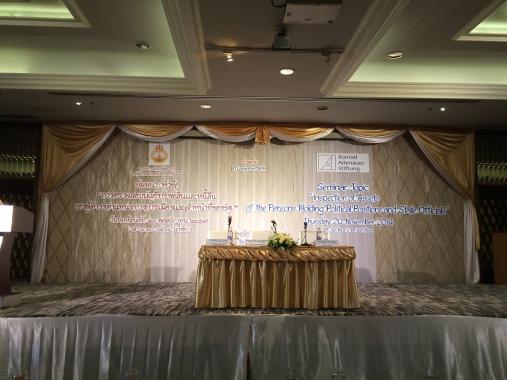 KAS
The banner of the seminar
The event was opened by Judge Thanarerk Nitiseranee, the President of the Supreme Court’s Criminal Division (SCP), Judge Sirichai Wattanayothin, the Vice-President of the Supreme Court, Mr. Somsak Parisutohemtanon, the Governor of Trang, and Michael Winzer, the representative of Konrad –Adenauer-Foundation (KAS) in Thailand. They all agreed that this seminar is a great platform for exchange of ideas and experiences of anti-corruption measures among politicians and state officials. In addition, Michael Winzer (KAS) stressed the significance of this seminar, as an inspection of assets of the persons holding political positions and state officials is important for political transparency which essentially prevents corruption among all levels of government. Subsequently, if government manages to keep transparent, it will not only lead to democracy but also promote trust and political participation among its citizens.

The seminar was continued with two panel discussions. The first panel was led by Judges of the Supreme Court Adithep Thirawat and Nopporn Pothirangsiyakorn, and Judge Sirichai Wattanayothin, the Vice-President of the Supreme Court. Second panel was led by Praphan Subsaeng, Senior Judge of the Appeal Court and Mr. Prateep Kongsanit, Director of NAC-Trang. Both panels specifically focused on the topic of “Inspection on Properties and Debts of the Politicians and State Officials”. The seminar was concluded with an open discussion between the panel speakers and participants that consisted not only of the Supreme Court but also administrative, local and provincial judges since it is essential to have transparency on all levels of government to prevent corruption and promote democracy.

The event brought together about 100 politicians from local governments, judges and legal officials and served as a great platform to discuss such an important topic as anti-corruption measures through the inspection of assets of politicians and state officials. It was agreed that transparency of government leads to trust in government, and citizens’ trust leads to political stability, which is very relevant at the current political developments in Thailand.