On 06th October 2022 at the MCI Media Hub, we convened a discussion together with the African Centre for Trade and Development (ACTADE) to explore pathways and opportunities towards integrating urban refugees and migrants into Uganda’s labor market. 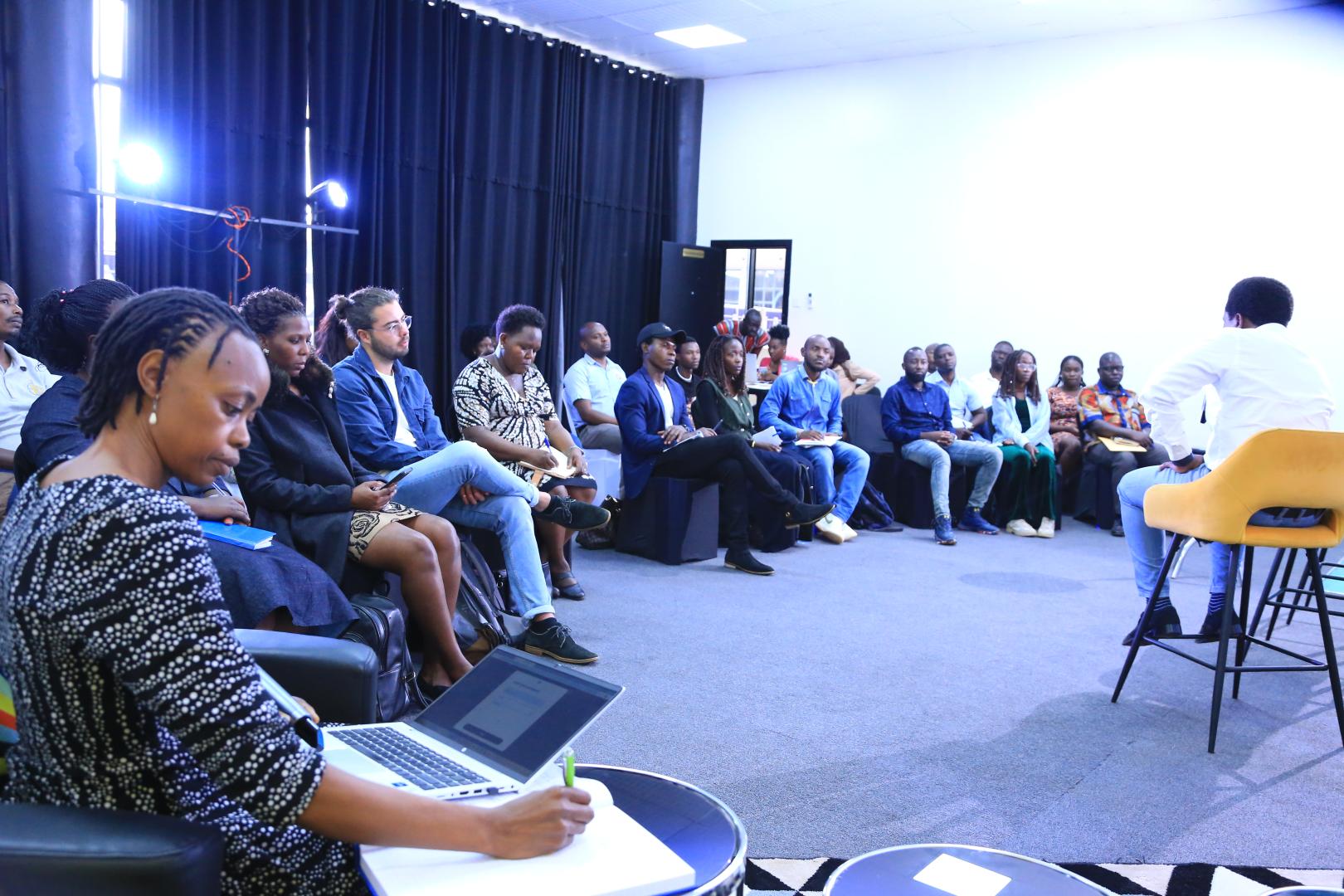 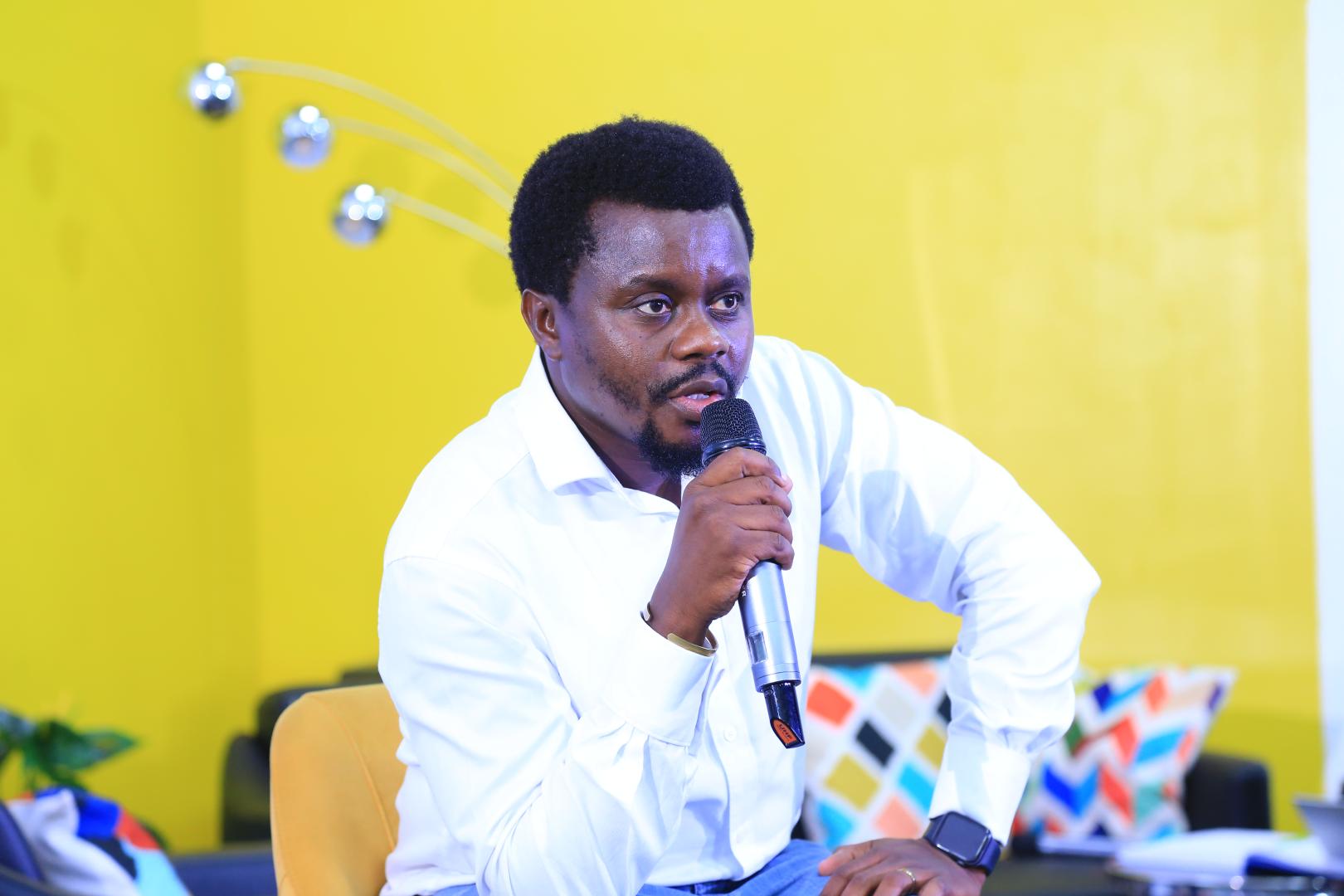 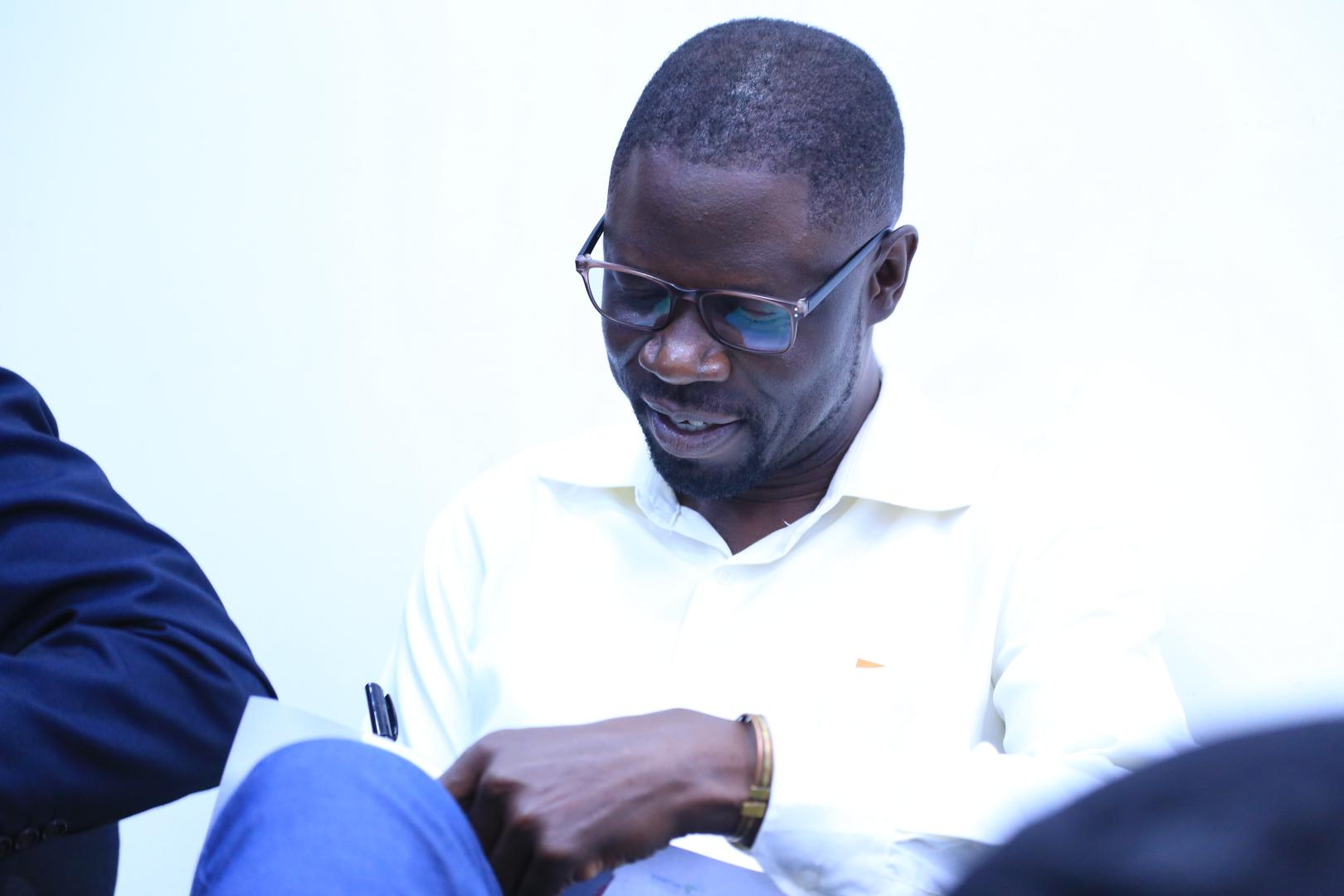 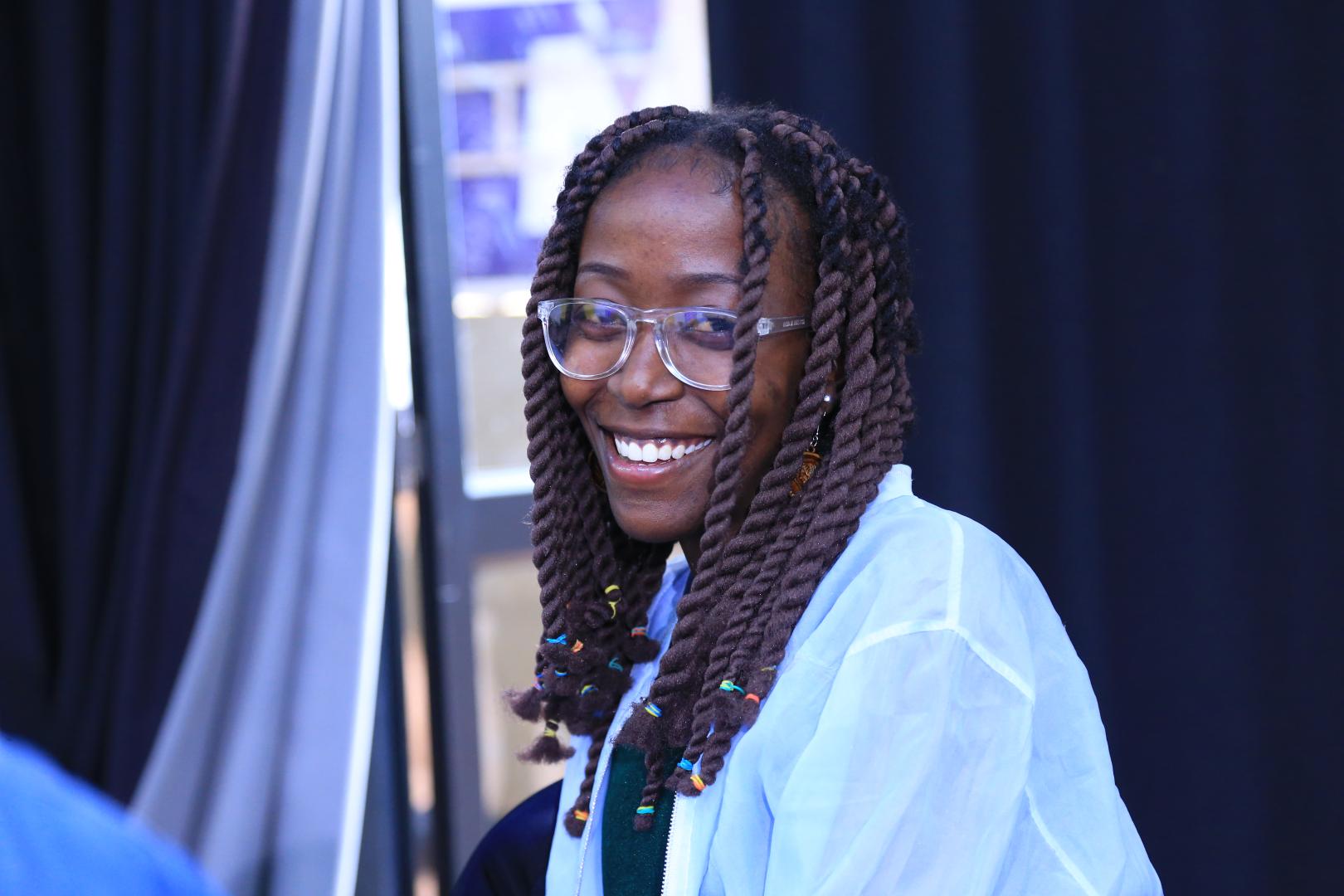 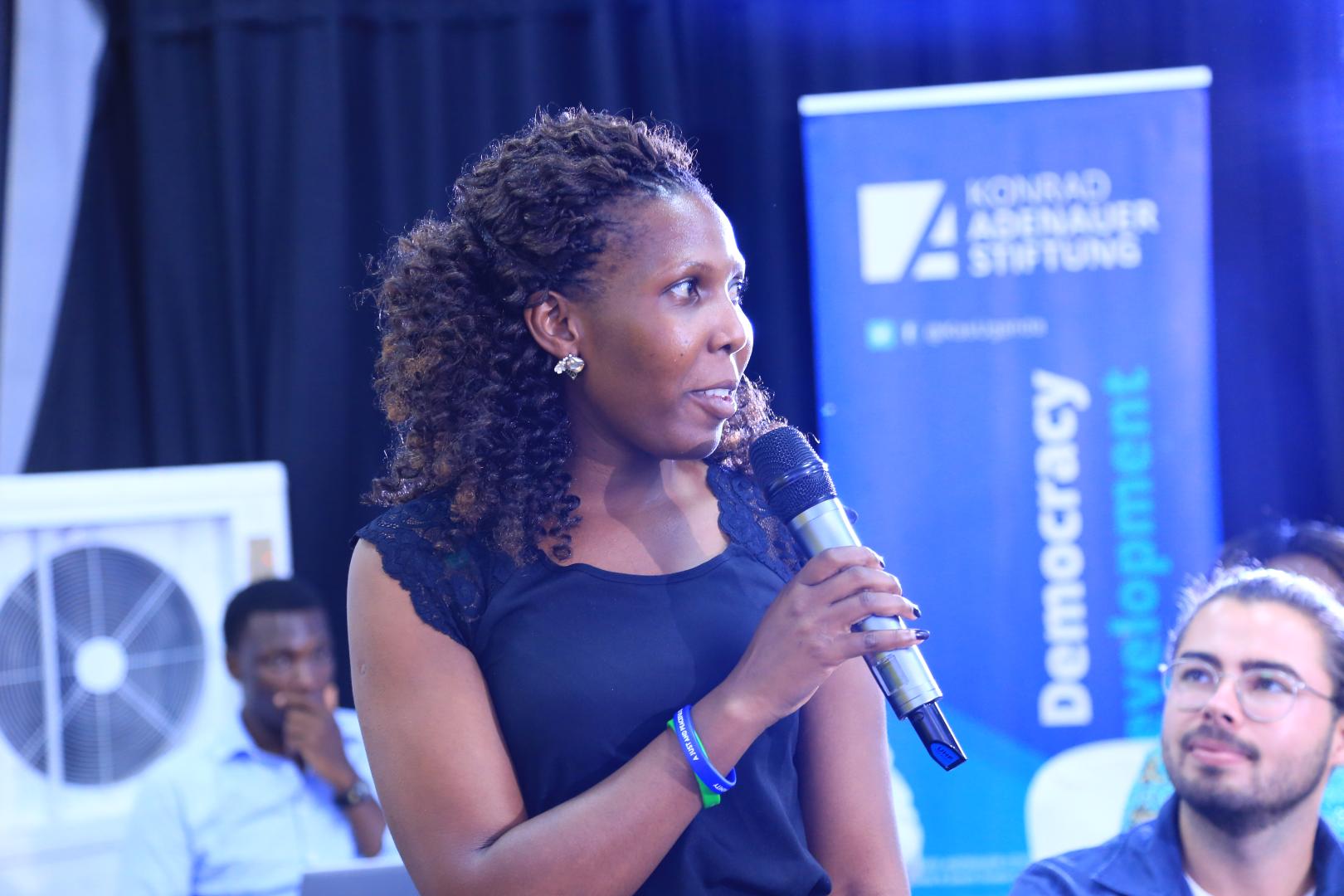 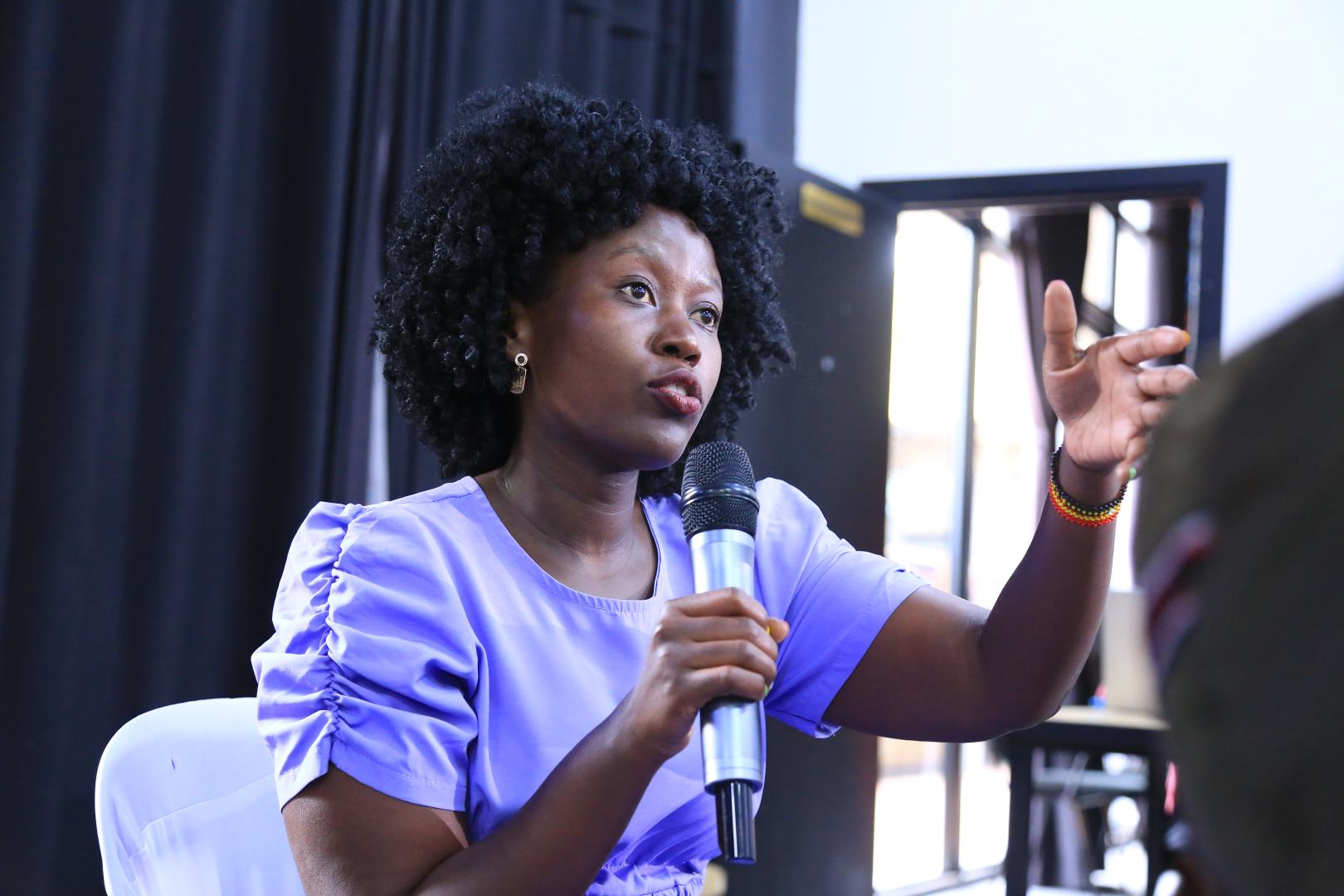 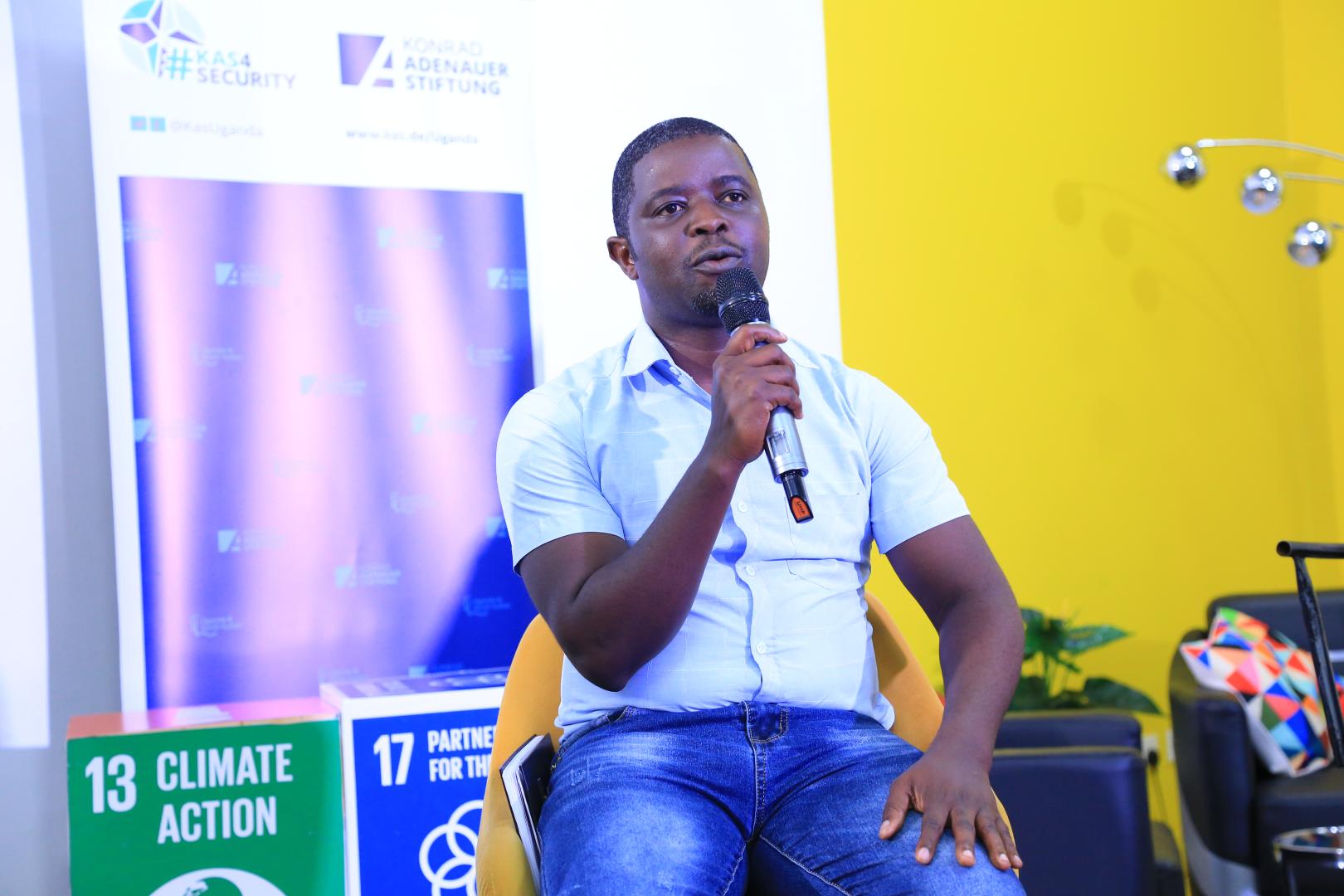 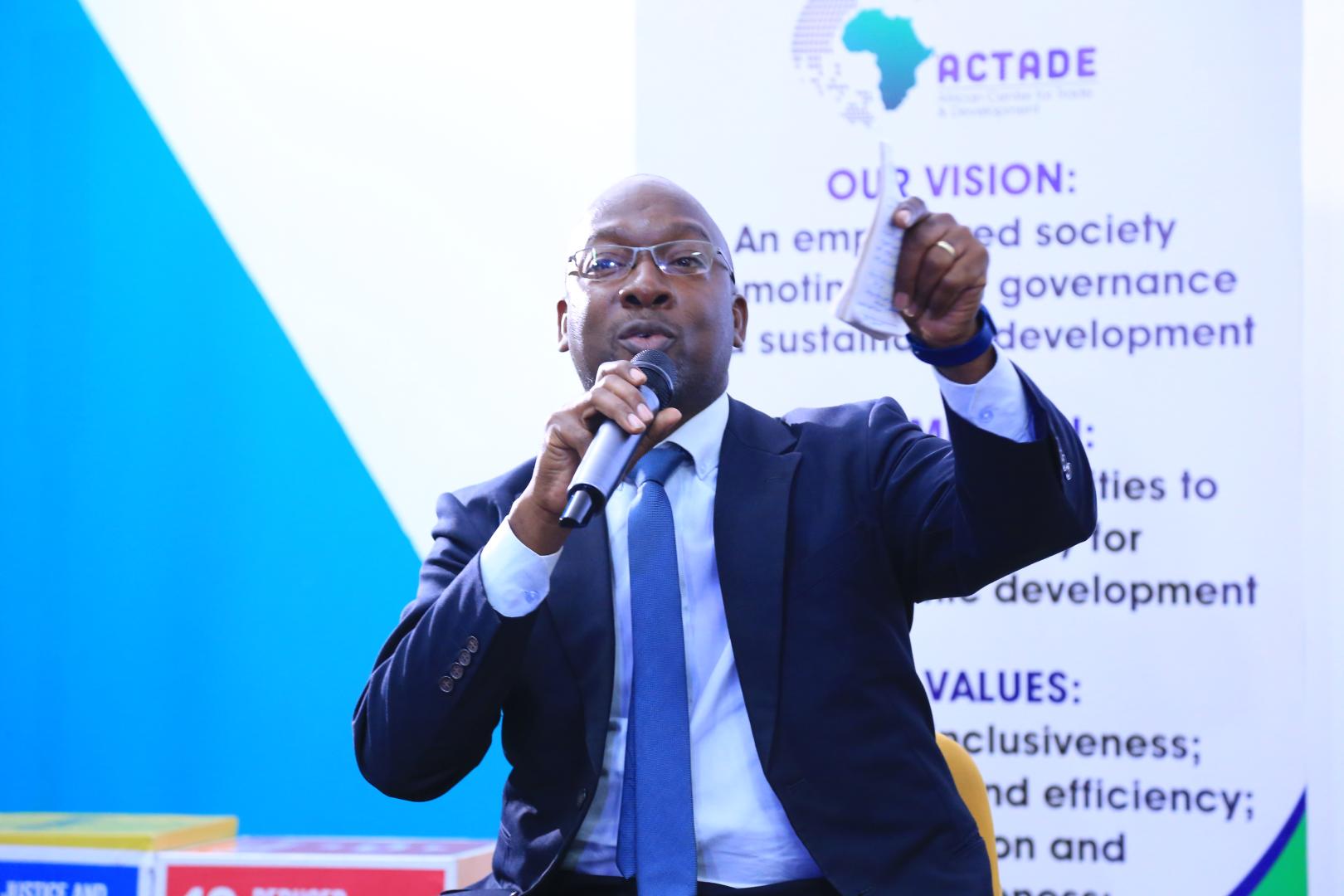 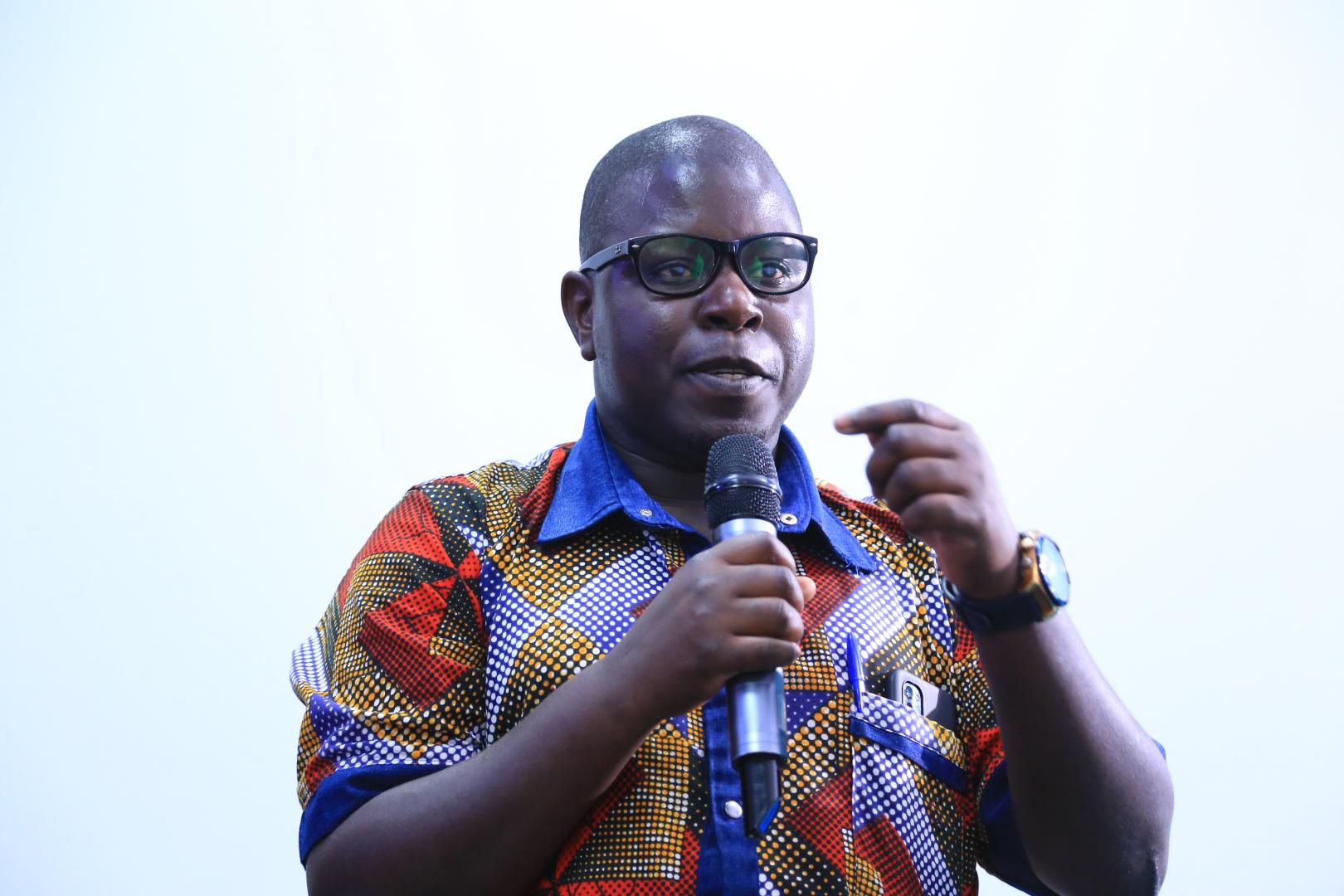 In her opening remarks, Susan Nanddudu, the Executive Director of ACTADE highlighted some pertinent issues leading to the event noting that, “the Sustainable Development Goal 8 which concerns itself with the principle that decent work and economic growth applies to all, including those who are forcefully displaced or on the move across borders in search for better economic opportunities”. Ojok Okello, the Programme Manager at KAS also reiterated the fact that urban refugees are ignored in Uganda’s refugee policy frameworks which makes it extremely difficult for them to be gainfully employed in the formal sector. “A progressive policy that considers that refugees in Uganda aren’t only those who are resettled in the countryside but those who have also self-settled in urban spaces is what Uganda needs to add to its praised policy”, Ojok noted.

Robert Hakiza, the Executive Director of YARID gave a keynote address entitled, “The place of Migrants and Urban Refugees in Uganda”.  To start with, Robert stated that “all of us are refugees in some way or another”. A refugee himself, in Uganda from Congo, Robert has been working with urban refugees for several years. Hakiza noted that globally most refugees live in the cities rather than in refugee camps and they represent over 60% of the number of refugees worldwide. He says, In Uganda, out of 1.5 million refugees, more than 200,000 are urban refugees residing in various urban centers and cities in Uganda. In Kampala, they are scattered around the city with the highest number in Kampala Central, followed by Makindye Division, then Rubaga Division. He reasoned that these urban refugees make their way to the cities because of various reasons but most importantly to look for economic opportunities because compared to the camps, cities present obvious opportunities to build a better future.

According to Hakiza, refugees often settle in poor communities and informal settlements that are prone to floods and diseases. It is noteworthy that nearly 60 percent of Kampala residents reside in informal settlements thus refugees join the urban poor in these areas with Somalis in Kisenyi and the Congolese in Katwe, Makindye, and Masajja. He reiterated that these informal settlements are characterized by “poor physical infrastructure, including a lack of paved roads, minimal garbage collection and poor drainage systems composed of sewage” along with a persistent risk of flooding and the presence of unhygienic and unsanitary practices that can manifest disease.

Hakiza attributes the poor management of urban refugees to poor governance. For example, KCCA has yet to deploy specific policies to address the dire condition of refugees. Recently though, there has been an increasing recognition by KCCA officials of the challenges and possible opportunities that could arise from the incorporation of refugees into the city plan. He suggested that the local government, particularly LC1s who are most familiar with refugees can play supportive roles.

Similarly, Hakiza stressed that the labor market in Uganda does not favor urban refugees and migrants.  Moreover, it’s even more difficult for those who try to access formal employment due to a lack of work permits. Those who take on informal jobs or are involved in small enterprises like hawking are exploited and at times subjected to unfair policies by KCCA.

Nonetheless, Hakiza cited that, Uganda has a progressive national refugee policy that provides freedom of movement and the right to work, own land, and access basic services in urban centers. However, refugees experience a number of barriers to realizing these rights in practice, owing to many other factors, such as language gaps and discrimination by nationals. Other institutional barriers also exist and these tend to be systemic and deeply rooted which makes them very difficult to eradicate, for example, ignorance or uninformed interpretation and implementation of the laws and policies that govern refugees in Uganda, negative perception towards the migrants and refugees, among others. In addition, urban refugees and other migrants also have limited access to educational services and this limits their possibilities to favorably compete in the already crowded and competitive job markets in Uganda.  Worst still, the COVID-19 pandemic has exacerbated this challenge, as many refugees lost the informal livelihoods they had created and are now struggling to rebuild assets.

According to Hakiza, all hope shouldn’t be lost. He made a clarion call to refugees to be more innovative because according to his experience, urban refugees who have decided to become unconventional have demonstrated that they can make it, despite many insurmountable odds. “If you are going to start a business, do not enter into a sector already crowded by Ugandans. Identify new opportunities and offer a service or product that’s new or unique and you shall get customers”, Hakiza advised his fellow urban refugees who were in attendance.

Hakiza added; other solutions that could make urban realities fairer and better for refugees in Kampala also include; providing protection of refugee rights; advancing access to vocational training/education to urban refugees. As well as enabling better access to financial resources to support enterprise development and initiating community-driven intervention among urban refugees, etc.

In conclusion, Hakiza powerfully remarked, “Self-reliance cannot be realized without the minimum level of resource infusion and recognition by the host country and other stakeholders, and it is critical to support initiatives created by refugees themselves”.

Hakiza’s keynote address was followed by a panel discussion session moderated by Godfrey Ogena, a Refugee consultant and freelancer. The panelists included Hanington Thenge the head of  Product Development and Research at Vision Fund, a microfinance bank in Uganda; Gabriella Nzulungi a refugee community organizer in Kampala, and Noah Sempijja, the head of the refugees' desk at Opportunity International.

Hanington Thenge shared his experience working with refugees in the financial sector. He noted that he has helped and supported over 3,600 refugees to open and own bank accounts through various partnerships between the private sector and humanitarian agencies. He further stressed the need to demystify the notion that everything is for free and that refugees should be encouraged to work so that they can sustain themselves. One way refugees can be supported to become more entrepreneurial is by training them on financial literacy and business development to enable them to identify opportunities and get resources to tap into such opportunities. Through this, Vision Fund has been able to support a massive network of refugee entrepreneurs, who according to Thenge are some of the best clients that the bank works with. “Our most loyal and committed clients, with the least loan default rates, are refugees”, Thenge said.

Gabriella Nzulungi Dorcas, a Congolese Refugee who Co-founded the Refugee Talent Group (RTG) noted that she didn’t finish school since it was difficult to complete her education in Uganda because of the language barrier and lack of school fees. But she was able to gain relevant life skills from training organized by Jesuit Refugee Services. Gabriella argues that refugees have skills but find it difficult to fully utilize their skills because of the difficult environment they have to navigate. It is because of these difficulties that she founded RTG to help refugees to identify their talents, nurture them and use them to create opportunities for themselves to put food on the table. She noted that RTG aims to empower refugees and host communities by offering life skills, music dance, visual art, and Poetry for local integration and social development, and also promoting social inclusion through educational arts. Through her organization, Nzulungi raises awareness of mental health through artistic events within the refugees’ communities both in Kampala and at resettlement sites.

According to Noah Sempijja, the current policy focuses on providing refugees with assistance primarily in refugee settlements. Advocacy should be focused on furthering the reach and targeting of urban policies to support refugees who are living outside refugee settlements. Noah also advanced the need to bridge information gaps that make it very difficult for urban refugees to access employment opportunities.

During the plenary session, participants raised some pertinent issues and recommendations that include;

Collaborating with Government in policy and practice: There’s a need for all actors in the refugee space to collaborate with the Government and align their work to the available policies and a number of national strategic initiatives.

Strengthening partnerships: Participants stressed the need for partnerships with state and non-state actors. For instance, KCCA and OPM work alongside IOM, OPM, and the private sector to protect the rights of urban refugees, provide services and strengthen their access to economic opportunities. More to this, Mr. Suuna from the Refugee Law project also noted that enabling effective self-reliance for urban refugees requires concrete collaboration with a wide range of stakeholders to advocate for solutions that build self-reliance as the basis for durable solutions.

Building capacity: Participants emphasized that effective integration of urban refugees in Kampala is only possible with a strengthened capacity for the refugees to be at the center stage of defining their own destinies.  Moreover, enhancing the capacities of host communities to support urban refugees and migrants with particular attention to adaptive capacity can enhance the resilience and full participation of refugees in the labor market. Building the capacity of urban refugees to advocate for themselves is also key. For instance, the statutory requirements for refugees in regard to access to work permits but the situation is not changing and refugees are not being empowered to demand these policy changes.  “The refugees should be empowered to speak and demand services and their rights”, noted Hakiza.

A plethora of recommendations for the integration and management of urban refugees and migrants were suggested by participants and speakers, namely;

The need for government to implement and develop robust and creative refugee management policies clearly spelling out strategies and contingency plans.

Build on current efforts to strengthen inter-agency coordination, networking, and information-sharing for better policy development for urban refugees and migrants.

Strong need for humanitarian actors to consider urban spaces too as intervention sites.

Develop a robust urban refugee and migrant management information system and make it properly operational in Uganda. It should be institutionalized and regularly updated. Such a system should address the information, monitoring, and evaluation needs of urban refugees and migrants.