The Portrait of Migration in the Northern Uganda City of Lira

Alongside our partners GAIN-Uganda and the Lira NGO Forum, KAS on Friday 22nd October 2022 implemented its grassroots migration agenda.

However one sees it, the migration portrait in Lira City is a mixed one, punctuated with many challenges as well as opportunities. How to widen the base for opportunities and shrink the challenges is a question local politicians and communities have to answer!
November 1, 2022 Ordering Information

We met with 27 male and 23 female-identifying participants. Our main focus was the negative effects of rural-urban migration, a topic so pervasive and entrenched in our society that our moderator joked “ who here never debated that town life is better than village life in primary school?” all of us despite our differences in years nodded in amusement. Framing the discussion is the insistence by Ojok Okello, the founder of Okere City that migration is a human right therefore efforts to curtail it not only infringe on that but also inevitably fail as it is part of our essence as human beings. Instead, he shifts our focus to whether “ at their point of destination, will a migrant be an asset or a liability?”

But for Lira City, migration trends are inextricably linked to the history of conflict and incidences of forced displacement. Bordering the Karamoja sub-region in the East, the city, then town received thousands of people fleeing from Karamojong cattle rustlers from the 1970s to the late 80s. This led to the sprouting of urban slums in places, such as Teso Bar which still remains a lowly urban space to date. The situation wasn’t helped by the LRA insurgency which led to the creation of over 100 IDP camps in Lira town. At the height of the insurgency, more than 1M IDPs were refuged at camps, streets, and homes in Lira town. Not to forget the attendant vices associated with this massive influx, such as, an increase in petty crime, prostitution and poor service delivery, among others.

As one of the more fairly developed cities in the country to date, Lira is faced with rural migrants, and human traffickers, both issues culminating from the youth population explosion and the failure of the government to meet it with meaningful jobs or the necessary education for the youth to create their own.  Our discussion evolved around creating a more hospitable Lira, a reflection on how residents could unknowingly participate in human trafficking coerced by the increasing demands on individuals under capitalism, and how the residents could imagine a more productive but ethical way of life for future residents, migrants and locals alike. A crisis in leadership and poverty were reported to be the most paralyzing challenges.

A few days after we left the workshop, the news cycle would be punctuated by yet another, now likely, story of extortion. A labor company had successfully conned Acholi and Lango residents out of large sums of money, taking advantage of economic desperation with the false promise that payers would get to work in Qatar. Labor exploitation includes “sexploitation” and as the Daily Monitor would also quote from this workshop, “majority offer sex in exchange for accommodation, while others charge their clients as low as shs. 500.” The most common form of migration used to be internal displacement due to the war, and the moderator flips through pictures of people scurrying through streets with what he points out was all their belongings. Now that the war is concluded, it is a surprise to some residents like Ojok Okello who sees no greater benefit to leaving, that people still insist on leaving. and has hedged his bets on Okere city in Otuke district, formerly a part of Lira. “It's a reimagination of what the village would look like… a belief that multiple opportunities could be created within the rural environment.”. A young woman Sharon agrees with Ojok partly, speaking of the possibilities in agriculture and pointing out the irony in rural-urban migration, “people are looking to work for people whose wealth comes from the very places they have discarded” The room quickly jumps in with various lamentations of the education system that alienates people from their environment. There is some disgruntlement that follows about the failures of the government not just in education but as a  participant shares; their frustration with the failure of the government to return to the residents all the cattle lost during the war as well as from cattle rustling. “ The government wants people to keep moving so that they can have cheap labor… they take our cows and take us to the factories.” …one member speaks of the influence of the internet with its portrayal of seductive lifestyles steering their youth into a different direction, but Ojok doesn’t only insist on agriculture, arguing that villagers could be on time with world trends should intelligent investments in the people be made.

One of the critical differences between now and then with migration is the loss of influence of adults on young people. While the district fragmentation has helped smaller and formerly marginalized districts have more voice, it has in some parts increased the distance between generations, a large vacuum formerly filled by clan leaders and the social cohesion they were able to maintain.  Otuke district used to be part of Lira, however whenever meetings would occur, either they were not invited, or when the long journey was made by persistent leaders it was in vain as discussions were informed by the biases in existence; Otuke was backward. With the breakup of the district, for Otuke there is a greater officiated  opportunity, should a leader be willing,  to present matters. However as one participant comments, with the formal political arrangements, we have left behind our more relevant cultural and clan leaders.  One participant comments, “ I remember, growing up, a child belonged to the entire village, should a child be found late to school by an elder, it was okay for the elder to cane this child on behalf of their parents… today, such an act would be an imposition.” Others frowned on what they saw to be the immoral decisions of the young women and men in the city. The young women no longer satisfied with the small and more restricting labor of barmaids and housemaids have normalized sex work, with more boys engaging in the activity. One participant much to the agreement of everyone speaks of an increasing sense of estrangement.  An older woman recalls:“ I used to recognize and know my clan leader, but as all these changes have come, I wouldn’t even know who to reach out to.” She relates this to  the lack of a platform to meaningfully caution youth from sex work and other exploitative traps. Another participant expresses that  at the very least “ laws must be translated to local languages for more awareness and understanding of the issues” that we are speaking of today.

The discussion on sex work is not  preoccupied with just  the moral implications. The residents concern themselves with the increasing rates of HIV they are witnessing/perceiving and the increasing number of mental health challenges with a blunt participant pointing out the visibly higher number of mad people on the streets.

But the conversation is also introspective. Lira remains a destination of prosperity for some migrants such as youth from rural areas, as well as South Sudanese refugees. There is unanimous agreement that the Lira residents as a whole engage in discriminatory practices towards the South Sudanese. A lively conversation is had about human trafficking, with an inward critique of how residents in Lira could be participating in the act. It is quite common practice for people to get children from the village to take care of their own town children. After some debate, we all recognize that a child should be in school and not taking care of another child, despite what the perceived benefits may be. Aptly captured by Joseph Oloya “ You go to the village, you pick a P.4 child to take care of your two year-old-child because your wife would like to go back to school…a child is a child. Any conversation about human trafficking should begin with the way that we do things at home.”  We also speak of treatment towards housemaids and wage theft, with an older lady sharing how she has made some conscious decisions to not exploit her housemaids, such as allowing them rest, setting out specific duties for them, and paying them extra when they work outside agreed upon hours.

There are some theoretical arguments about the role religion has played in absolving people of responsibility, Oloya quips, we pray when we have problems rather than attacking them head-on. The residents are positive with one participant much in our appreciation exclaiming that “ this shouldn’t end with us, let us advance this to religious leaders …to local leaders, let us have cultural leaders because some of these issues really touch us and we would like to have tangible results. It is critical therefore that we widen the base of the discussion.”- Edwin Odur Luru.

Lastly, both Oloya and the pastor speculate on the future migration catastrophe induced by climate change. Oloya shared information about a research project he partook in that predicted famine as a pending consequence of climate change in the region. The pastor too shared a dream he had had of an apocalyptic Northern Uganda owing to hunger and negligence of the political leaders.

However one sees it, the migration portrait in Lira City is a mixed one, punctuated with many challenges as well as opportunities. How to widen the base for opportunities and shrink the challenges is a question local politicians and communities have to answer!

The article was written by Natasha Hadijja Sebunya and Ojok Okello 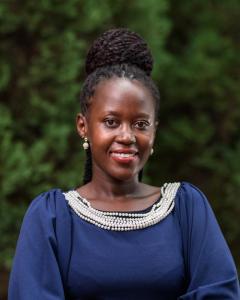