New Frontiers and Sovereignity on the brink of Global Challenges 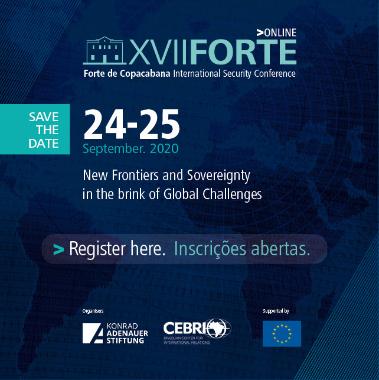 Please note, that the time indicated is Brazilian local time!

Ambassador, Head of the Delegation of the European Union to Brazil

New frontiers and Sovereignty on the brink of Global Challenges

Chair of the Committee on Foreign Affairs in the European Parliament

In which way do environmental challenges affect geopolitics in a pandemic scenario?

How to manage sovereignty and international cooperation in times of growing nationalism?

What role do traditional borders play in the 21st century?

Is there partnership for the defense industry in Latin America and Europe?

What is the potential for technology transfer between the private and military sectors?

How to improve the defense industry’s protection of strategic and sensitive data and facilities such as energy, water and banks?

How will states cope with the possible effects of the Covid-19 crisis on military spending and resource allocation?

Head of Unit at the Directorate-General for Defence Industry and Space (DG DEFIS) at the European Commission, Belgium

General Manager at Siemens Energy Brazil and Member of the Board of Trustees of the Brazilian Center for International Relations, Brazil

What are the responsibilities of global governance in the regulation and protection of cyberspace?

How does 5G mark the era of digital geopolitics?

How to foster defense cooperation in general in “Outer Space”?

Academic Secretary of the Argentinean Council of International Relations, Argentina

Head of Cyber Sector in the Security and Defense Policy Division at the European External Action Service, Belgium

By subscribing to the event, participants authorize the use of their image, name, voice and biographic information, irrevocably and free of charge, in Brazil and abroad, by the event’s organizers for publicity and institutional purposes. 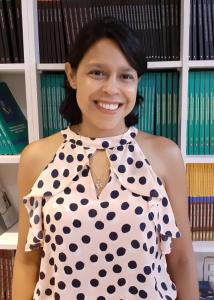