EU-Belarus Relations one year after the Presidential Elections - Europabüro Brüssel

EU-Belarus Relations one year after the Presidential Elections

The European Office of the Konrad-Adenauer-Stiftung is pleased to invite you to the next event of our format "KAS Europe Talks". In this format, the European Office regularly organises a discussion with the head of another KAS office abroad, in which both the latest developments in the respective countries or regions and the status quo of the relations with the European Union are discussed. This event takes a look at Belarus and discusses the question of neighbourly relations between the two partners after the presidential elections in August 2020 and the provisional withdrawal of Belarus from the "Eastern Partnership" (EaP).
8. September 2021 11:00 - 12:00 Uhr 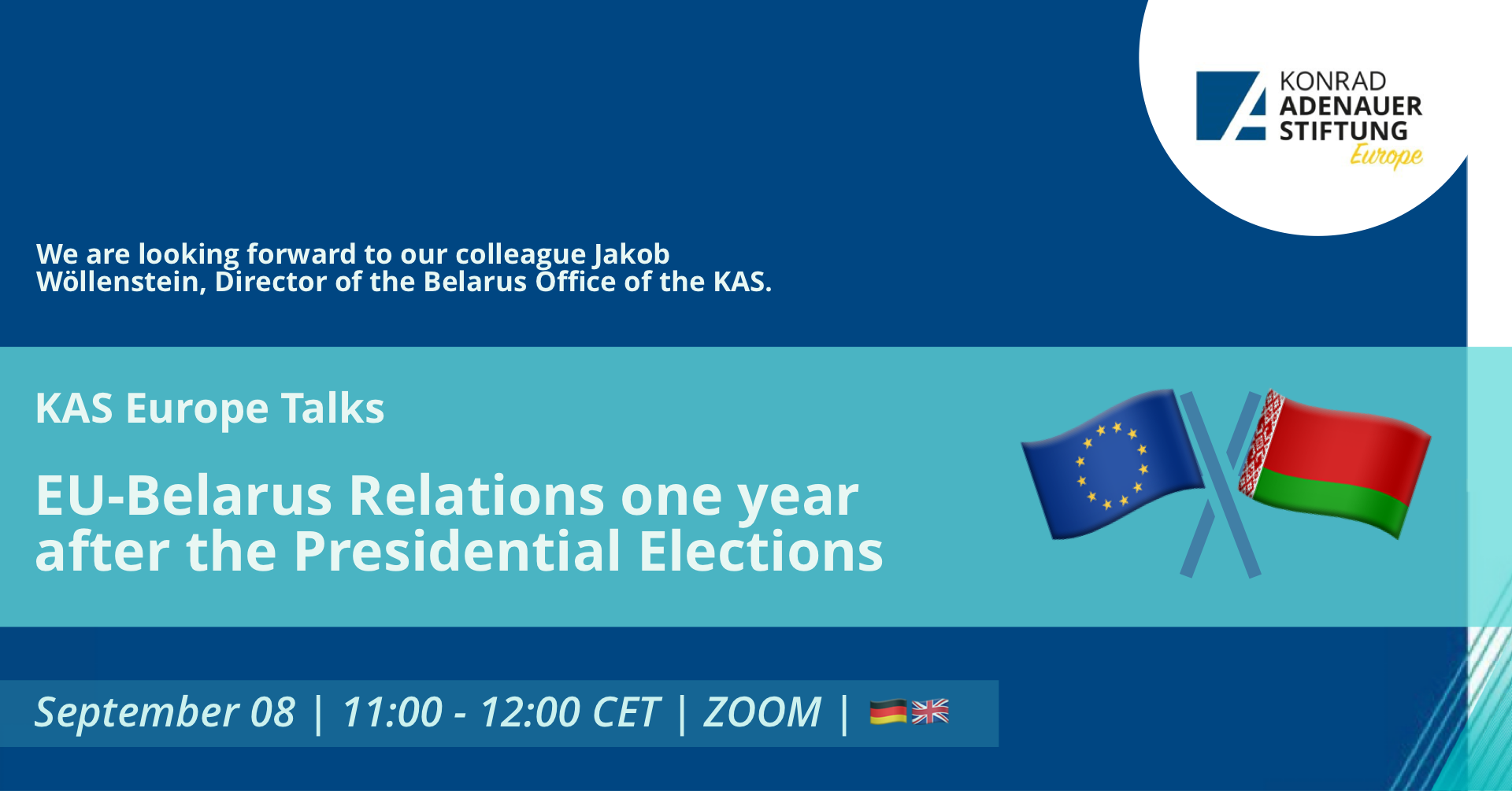 The relations between the European Union (EU) and Belarus have recently been exposed to severe strains. In particular, the disputed presidential election in August 2020, which was conspicuous for numerous irregularities and breaches of the rules, has put a lingering burden on these relations. Illegal border crossings into the EU as well as the forced emergency landing of a passenger plane in the Belarusian capital of Minsk in May this year, aimed at arresting Raman Pratasyevich, a critic of the regime, and his partner, who were on board, represented only the most recent escalations in the already tense relations. Immediately and in rare unity, the European Council then decided to impose restrictive measures against the government led by President Alyaksandr Lukashenka. In direct response to the EU sanctions, the Ministry of Foreign Affairs in Minsk then decided to implement countermeasures, including the immediate suspension of its participation in the so-called "Eastern Partnership", a multilateral sub-project of the European Neighborhoodn Policy (ENP).

What events preceded Belarus' withdrawal from the Eastern Partnership? How should we analyse the domestic political situation in the country one year after the presidential election? What is the importance of the EU for Belarus and how does the Belarusian civilian population react to the EU sanctions? What can and should the EU do to keep the communication channel with Belarus open?

The event "KAS Europe Talks: EU-Belarus Relations one year after the Presidential Elections" will take place on Wednesday, 8th September 2021 from 11:00-12:00 CET via Zoom. We are looking forward to discuss the above-mentioned topics with our colleague Jakob Wöllenstein, Director of the Belarus Office of the Konrad-Adenauer-Stiftung. After the discussion between Mr. Wöllenstein and Lena Kromm, Policy Advisor at the European Office of the Konrad-Adenauer-Stiftung, the audience will have the opportunity to contribute their questions to the discussion.

The event will be held in German and will also be simultaneously translated into English.
We are looking forward to your participation!

To participate in the event, register via the following LINK. 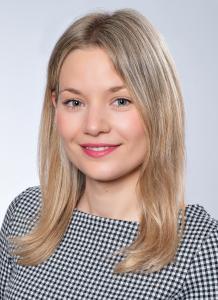