Populism in times of pandemics – a chance or danger for democracies? - Auslandsbüro Israel

von Dr. Aylin Matlé
On April 7th, 2020 the Konrad-Adenauer-Stiftung’s (KAS) office Israel organized an online panel discussion on “Populism in times of pandemics – a chance or danger for democracies?” bringing together experts from Germany, Israel, Hungary, and Poland. The debate focused on perspectives from different countries as to the impact of the current crisis on democracies.
14. April 2020 Bestellinformationen

Dr. Alexander Brakel, the head of the KAS Israel office, opened the debate by ways of pointing out that both Germany and Israel yielded many experts on populism while at the same time giving rise to populist politicians. Only a few weeks ago, Dr. Brakel continued, the notion of the corona crisis weakening populist movements had been floating around. Yet, countries such as Hungary indicated a different development being more accurate.

The first panelist, Dr. Amichai Magen (IDC Herzliya), emphasized that democratic politics had always been about balancing order and freedom, adding that the pandemic had been upsetting this carefully struck stability in favor of security due to the health crisis. According to Magen, the virus had not created the crisis but had instead exacerbated pre-existing weaknesses of political systems. He also pointed out the peculiarities of the situation in Israel as the country has not had a stable government in more than a year which contributed to the crisis mode in Israeli politics at the moment.

Dr. Viola Neu (KAS Berlin) raised the issue of whether or not a country’s type of government (democratic, authoritarian, dictatorial) actually mattered in a crisis situation as the one the world is currently facing. She pointed out that similar measures were employed in different countries regardless of its regime type. Focusing on the situation in Germany, Neu emphasized that the right-wing populist party AfD had lost support in previous weeks as the virus Covid-19 did not respect borders – the re-erection and strengthening of national borders is one of the party’s major demands. Instead, one of the ruling parties (the CDU) had immensely gained backing since the outbreak of the health crisis.

Dr. Marcin Zaborowski (Lazarski University Warsaw) highlighted that governments across Central Europe were exploiting the current crisis in order to extend their grip on power by trying to limit political competition and by ruling by decree. Yet he added, that differences between governments in Central Europe could be discerned. In Poland, for example, the issue in relation to the containment of Covid-19 was whether or not presidential election could take place in May as planned given that physical voting would nearly be impossible due to the health crisis.

Adding on to Mr. Zaborowski’s expositions, Dr. Petra Bárd (Central European University Budapest), called the audience’s attention to the circumstance that it was not a new phenomenon that even in democracies liberty rights were curtailed in times of crisis. She continued to explain that Hungary was a unique case because the Orban government had used and abused the law to create a new constitution rending the country an illiberal democracy many years ago already.

Following the inputs of the four panelists, the audience had a chance to address the experts with questions concerning the role of national and as international courts in limiting the executive in various countries as well as the options for action of the European Union in influencing or even changing the situation in Hungary among others. 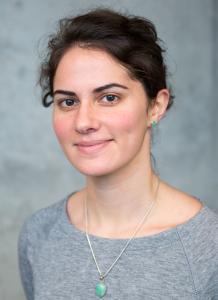