From 18 to 20 October 2018, the Konrad-Adenauer-Foundation in cooperation with the Lebanese Forces Students Association welcomed 28 members of the European Democrat Students (EDS) for an extensive insight into Lebanese multidimensional political diversity during a three-day delegation visit to Beirut and other regions in Lebanon.
18. - 20. Oktober 2018

From 18 to 20 October 2018, the Konrad-Adenauer-Foundation in cooperation with the Lebanese Forces Students Association welcomed 28 members of the European Democrat Students (EDS) for an extensive insight into Lebanese multidimensional political diversity during a three-day delegation visit to Beirut and other regions in Lebanon.

The excursion started by a reception between EDS and the Lebanese Forces (LF), where the participants were welcomed by Minister of Parliament (MP) Antoine Habchi.

On the morning of the second day, in line with the focus of the high-level discourse on “Lebanon: Challenges amid regional turmoil”, the participants were introduced to the impacts of the Syrian refugee crises by Lebanese Minister of Social Affairs, MP Pierre BouAssi, following a lively discussion between the Minister and the EDS. The participants were then welcomed by the LF at their Headquarter in Meerab, where Fabrizio Anzolini, research fellow at the European Inter-University Centre on Human Rights and Democratization, and Nadine Saba, director of the Lebanese NGO Akkar Network for Development for Development, provided an overview on challenges and solutions regarding education, development and funding of the numerous refugee camps located in Lebanon. Afterwards, LF Secretary General, Dr. Chantal Sarkis, amid imminent formation of a new government, found time to explain to the participants the historical progress of Lebanese multifarious political landscape, women empowerment within political parties and LF approach towards a united and independent Lebanon. Following Dr. Sarkis insights, LF party president, Dr. Samir Geagea, shared his knowledge on Lebanese and Arab World history and culture, and his thoughts on analogies like democracy and leadership between the Western and Arab World.

The third day included a visit to Bekaa region, next to the Syrian border, where the members of EDS visited a Syrian refugee camp accompanied by social workers from the Ministry of Social Affairs. The attendees got to see the living conditions of refugees living in a camp with 42 families, many of them being there since the beginning of the war 2011. Following that visit, Mr. Mouwass Araji, town mayor of Bar Elias, welcomed the participants at his place and explained to them the challenges faced by his locality, particularly in the fields of education and labor market, and the impacts of the crises on the local society, considering that the number of Syrian refugees has doubled compared to the local population.

The visitors were deeply touched and the people they met during their excursion will certainly be remembered by them for quite a long time. 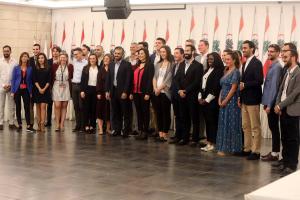 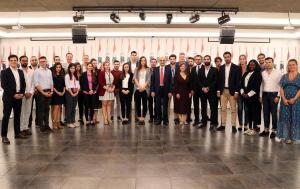 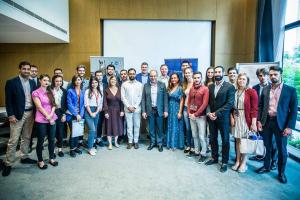 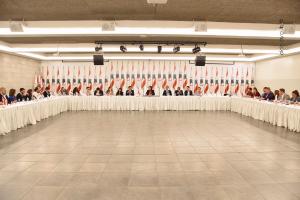 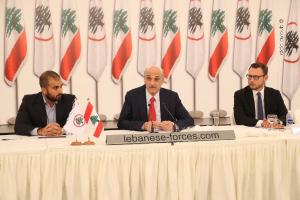 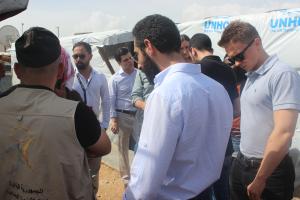 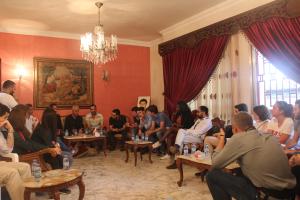